The Daily Nexus
Water Polo
Familiar Foes Meet: No. 8 UCSB Welcomes No. 9 Pepperdine
October 5, 2017 at 5:00 am by Calvin Thrift 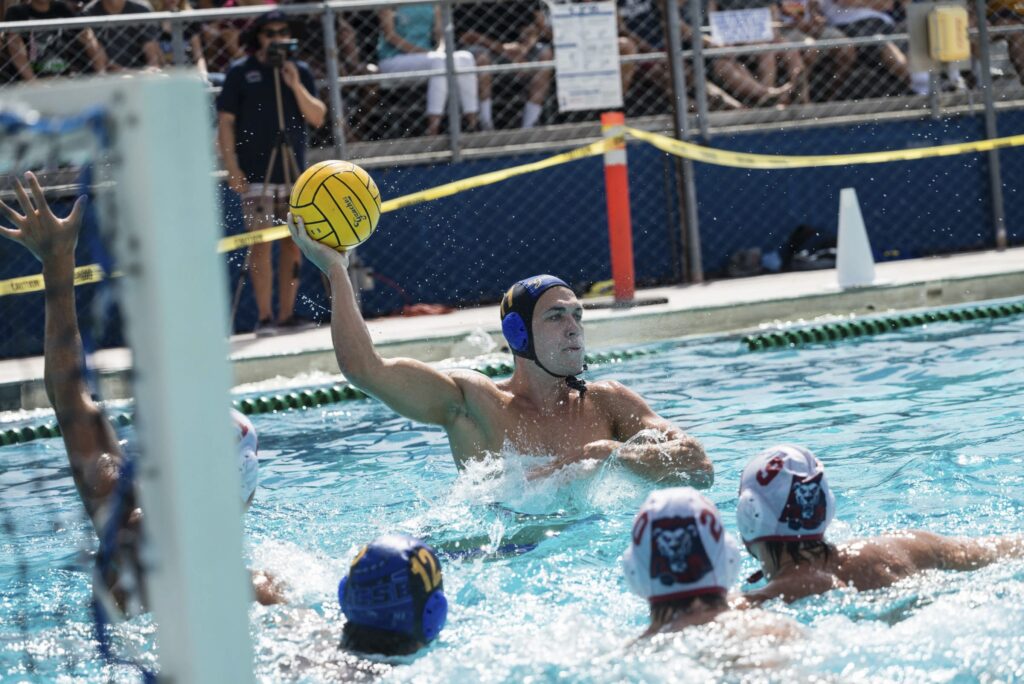 The No. 8 UCSB men’s water polo team will try to shake off Saturday’s tough loss to a very talented Cal team ranked No. 3 in the nation when they take on No. 9 Pepperdine at home this Thursday.

While the Gauchos have been slipping recently in the NCAA standings, this slippage can be easily attributed to UCSB’s difficult schedule.

Following the loss to Cal, the Gauchos hold a record of 8-5. With losses to No. 6 UC Irvine, No. 7 Long Beach State and now Cal, the Santa Barbara team is at an important point in the year, making the upcoming Pepperdine game feel like a must-win game for the Gauchos.

The Waves are holding a 13-6 record; however, like the Gauchos, they still have some competitive opponents ahead, including current No. 4 Stanford.

Pepperdine finds themselves in a similar situation as UCSB and not just because of its close proximity in the rankings. Pepperdine has lost their last four games, with each loss coming from games against top-ranked teams in Cal, No. 5 Pacific, UC Irvine and No. 1 USC.

If last season is any indicator of how Thursday’s matchup will go, UCSB holds an advantage after winning three of their four matchups with Pepperdine last year.

The Gauchos will need to limit Pepperdine’s offensive production and disrupt the Waves’ sets if they expect to improve to 9-6, as all of the games UCSB won against Pepperdine last year featured the Waves being held to under 10 points.

With yet another tough matchup for the Gauchos, they will likely rely on heavy scoring from senior attacker Shane Hauschild, junior driver Boris Jovanovic and sophomore utility Ivan Gvozdanovic.

With 17 goals on the season, Hauschild is currently the team’s third-leading scorer behind Jovanovic and Gvozdanovic.

Hauschild will certainly be leading the charge against the Waves, as the fourth-year has proven himself a leader and consistent scorer for the Gauchos over the last three years. With 10 steals so far this season, Hauschild also brings an element of defensive intensity that the Gauchos will need to draw from in order to overcome Pepperdine.

Gvozdanovic will certainly be pressured by Pepperdine around the goal, but perhaps the Gauchos will get increased production from some of their other players, such as redshirt freshman Adam Lott and true freshman Chad Nelson. Lott and Nelson obviously have a drop-off of shot attempts when looking at the team’s leading scorers, but they both have impressively shot over .600 so far this season.

Perhaps the most shocking aspect heading into Thursday’s matchup between the Gauchos and the Waves is that Pepperdine’s junior utility Marko Asic has only missed two shot attempts this season. Out of just 44 shots, Asic has recorded 42 goals, 54 points and has a remarkable shooting percentage of .955. Asic also has 11 steals on the year, so his presence will be felt at both ends of the pool.

Pepperdine’s star-powered offense will certainly test UCSB’s defense, but the young trio of goalkeepers, spearheaded by Santa Barbara High alumnus Justyn Barrios, will look to continue to improve against some of the best scorers in the country.

This matchup will be one of two times the Gauchos and Waves face off this season, so expect both teams to try to dictate their tempo and respective game-plans early.