County and student government officials gathered at Pardall Gardens Park Thursday morning for the ribbon-cutting ceremony of the new stoplight installed in Isla Vista this summer. 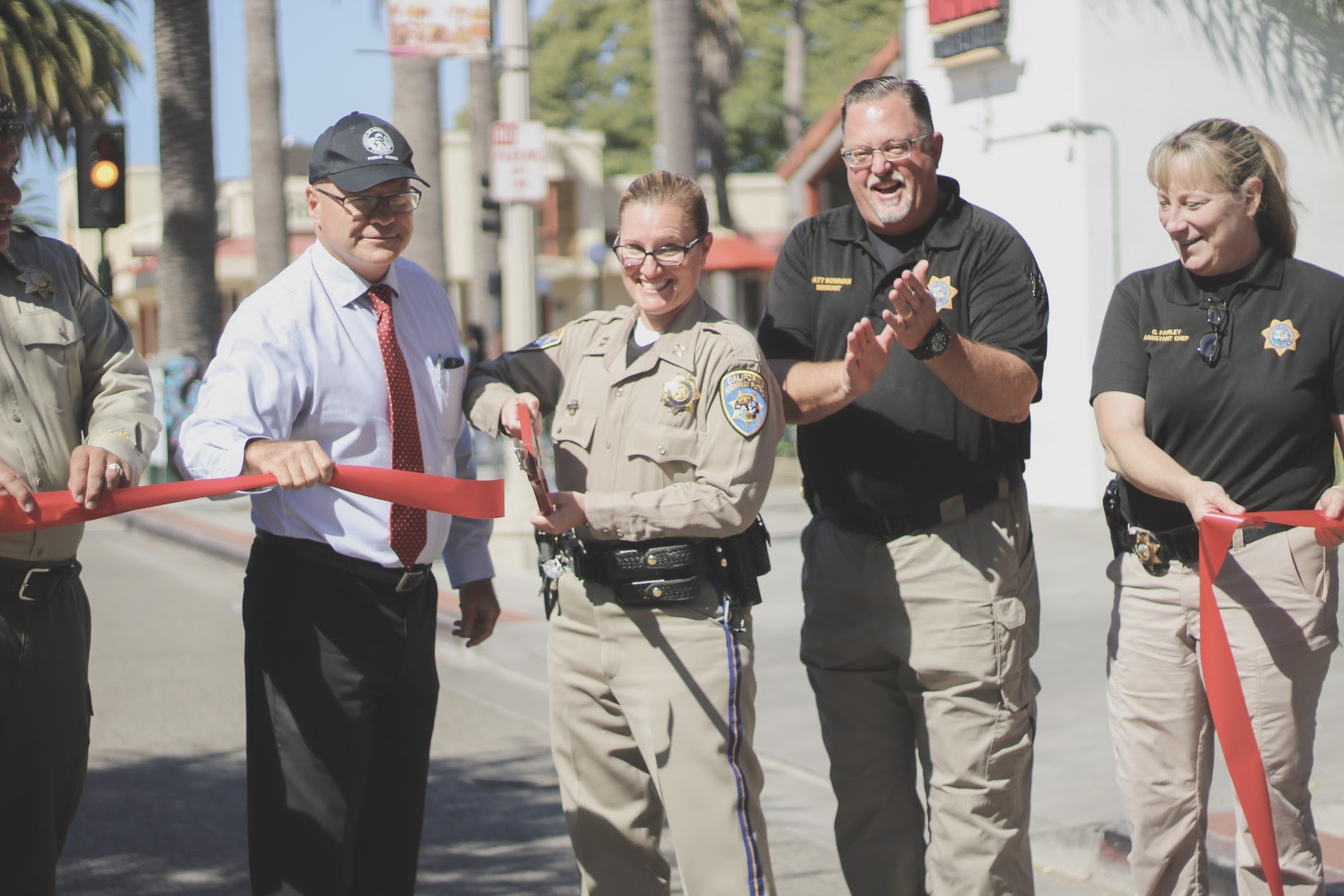 Construction for the traffic signal, located at the intersection of Pardall Road and Embarcadero Del Norte, began at the end of August and the light began operating on Sept. 15. Traffic collisions on the intersection prompted the stoplight installation that replaced the original two-way stop sign.

County Public Works Director Scott McGolpin, and representatives from the California Highway Patrol (CHP) and UC Police Department were among those in attendance.

McGolpin told the Nexus he hopes the community has found a solution to improve traffic safety and “dramatically” reduce collision accidents at the intersection.

The traffic signal does not have sensors but operates on a timer of approximately 20 seconds.

The intersection has been a notorious location for bike and pedestrian accidents due to an increase in traffic over the years.

CHP Lieutenant Cindy Pontes said before the traffic signal’s construction she was nervous to drive through the intersection and asked audience members at the ceremony to continue abiding by the law.

“CPH officers will still be around to enforce rules,” Pontes said.

Batsheva Stoll, UCSB Associated Students external vice president of local affairs, attended the ceremony and said she initially opposed the project because she felt it would “not be effective” in regulating traffic.

“So far, the light has produced good results. Hopefully this will continue,” Stoll said.

Third District Supervisor Hartmann was unable to attend the event but drafted a statement for the ceremony thanking the community. She said in the statement that public safety is one of her top priorities.

“We know this is a big change for I.V. and we hope this will help you understand the need for safety improvements at this intersection as well as how to travel safety,” Fischer said in the email.

Ethan Bertrand and Gina Fischer were not present at the event.

The traffic signal was installed due to the high volume of collisions, not traffic congestion.

I wish they would just make the heart of IV off limits to non-commercial vehicle traffic. Why not make it a more pedestrian and bike friendly area? Do we really need cars driving down Pardall all the time?