The Daily Nexus
Opinion
How SZA Captured the Secret Anxieties of Modern Women
October 3, 2017 at 8:07 pm by Laurel Rinehart 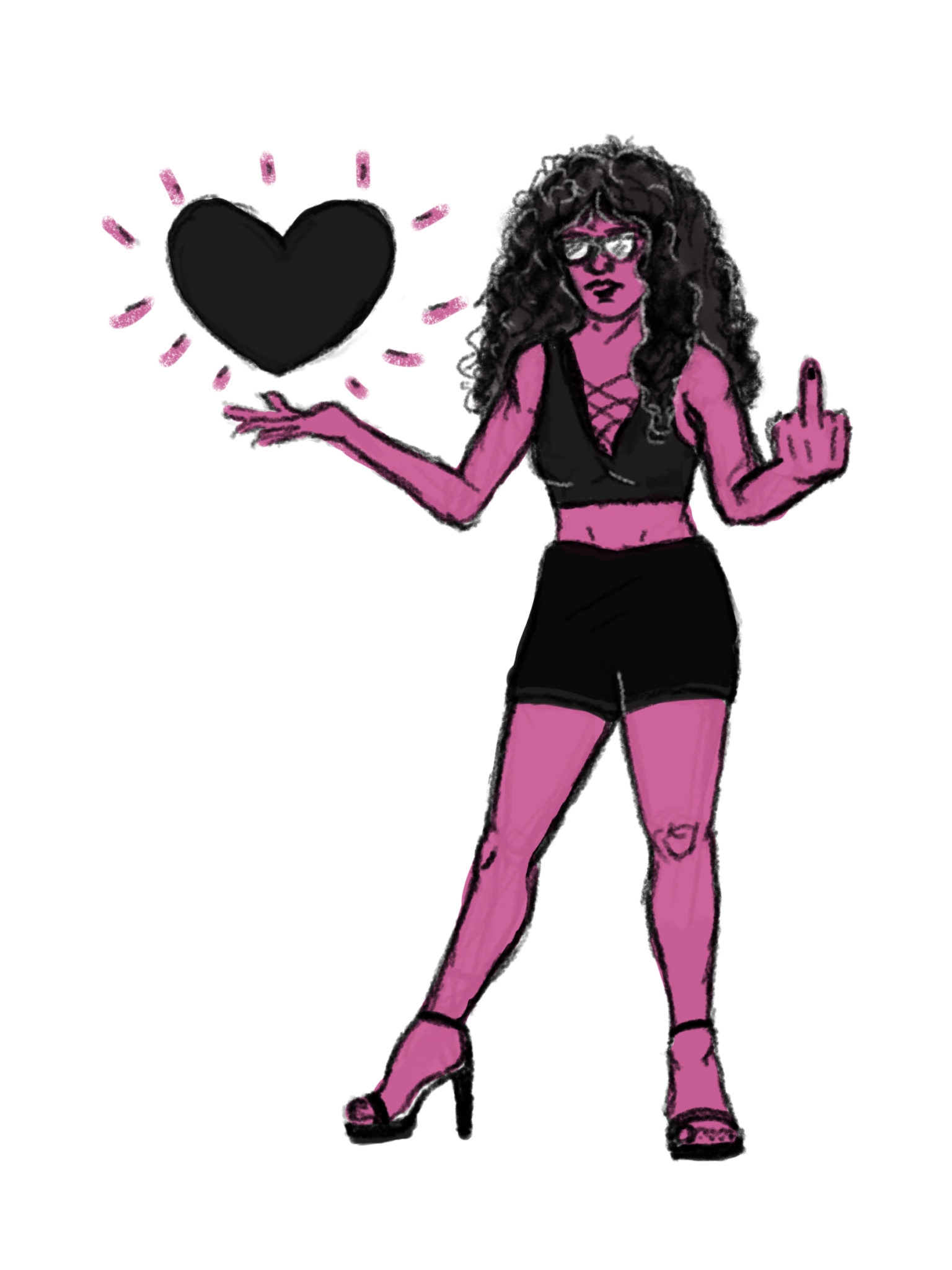 The most talented artists use music as a medium to capture truth and emotion. A song can have a slapping beat and set the atmosphere for a party, but, to me, the value of good music lies in its ability to convey truths that cannot be easily conveyed through words alone. Artists like Kendrick Lamar and Frank Ocean have rightfully garnered praise and fame for these insightful qualities in their songs; they are what raise their work from good to exceptional.

For those who have been paying attention to music recently, SZA is a rising name who has increasingly been grouped together with these exceptional artists after the release of her latest album, Ctrl. I believe this work has received such widespread acclaim not only because of its musical qualities, but also because SZA has captured the true emotional landscape of the modern woman’s experiences in a way that many other acclaimed female artists have been unable to replicate.

What is this quality that Ctrl possesses and other albums don’t? The answer can be summed up in a single word: vulnerability.

Recently, the trend is for female artists to present themselves as bad and confident, finessing money and free drinks from men who are none the wiser and looking amazing while doing it. Think of Cardi B’s track “Bodak Yellow,” a song which has just risen to number one at the time I’m writing this article. The first line of the hook basically captures the idea of the song: “Lil bitch, you can’t fuck with me if you wanted to.” Nicki Minaj is another artist who embodies the powerful bad bitch archetype.

The journey to fearlessness for most women is not as simple as slipping into a pair of heels and giving the finger to anyone who dares to disrespect you.

In some ways, these ideas are empowering to women because they defy the passive good-girl standard which many young women are unfortunately held to. The message that artists like Minaj and Cardi B are sending is that women should look to no one but themselves for validation. They have the ability to not only be equal with men, but also to gain power over men. They don’t need and don’t even want the male approval on which women previously depended.

I’m not denying that these artists are talented; I personally enjoy bumping their music while getting ready for a night out to place myself in a confident mindset. Minaj has been one of my favorite artists for years precisely because of her badass, take-no-prisoners persona.

However, the journey to fearlessness for most women is not as simple as slipping into a pair of heels and giving the finger to anyone who dares to disrespect you. The flawlessly assertive personas presented by these artists can inadvertently alienate the women they are meant to empower by presenting an image which they feel they may never live up to.

This disconnect between the ideal of powerful confidence and the de facto insecurity that most women face is exactly what SZA captures in Ctrl, and why I think the album has blown up to the extent that it has.

By laying her true feelings on the line and not feeling the need to present herself as a flawless bad bitch, SZA embodies a unique kind of strength.

We are constantly preached to about self-love and self-confidence, to the extent that feelings of self-loathing and insecurity can trigger guilt in women because they feel they are succumbing to society’s unfair standards. SZA explores this conundrum throughout the album, notably in the song “Drew Barrymore.” She addresses a man who uses her for sex, lamenting that it’s “hard enough you got to treat me like this/Lonely enough to let you treat me like this.” She is aware that her partner is not invested in her emotionally and feels hurt by his dismissal. However, she is almost more upset at herself for letting him manipulate her. She wishes she could be one of those girls who just doesn’t care about others’ approval, but the reality is that she still craves validation from a man and will accept subpar treatment to get it.

This level of vulnerability and willingness to own up to her insecurities is a welcome reminder to women that the journey to confidence is long and difficult and that getting hurt along the way does not make one weak.

By laying her true feelings on the line and not feeling the need to present herself as a flawless bad bitch, SZA embodies a unique kind of strength. She admits that she is still influenced by the patriarchal standards of beauty and male approval that modern women are supposed to reject.

For female listeners, this album is a comforting reassurance that they are not alone in feeling left behind by the movement toward empowerment and self-confidence. She sets the example that it’s okay to be insecure, rather than trying to act as a beacon of fearlessness to which other women should aspire. I would recommend it to anyone who wishes they could be as powerful as Nicki Minaj, but has no idea how to get there. With the help of Ctrl, I now realize that acknowledging weakness is powerful in itself.

Laurel Rinehart wants to turn female readers on to an artist who’s not afraid to tell the truth.