The Biology II building was evacuated on Monday after a student mistook construction dust inside the building as smoke, according to the Santa Barbara County Fire Department. 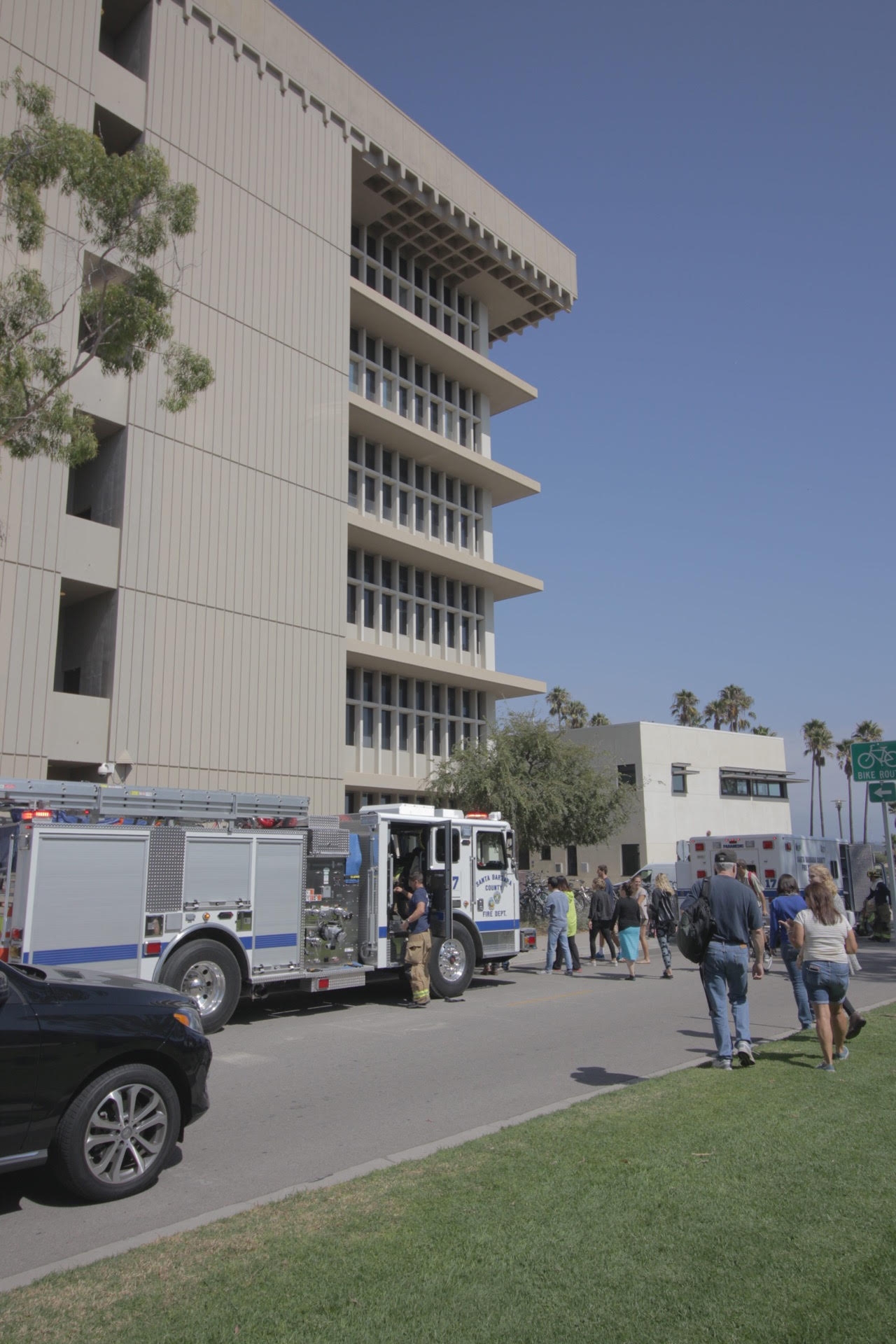 One fire engine and an ambulance from the Santa Barbara County Fire Department arrived at Biology II at 12:25 p.m. and found out that the building was under construction.

Mike Eliason, SB Fire spokesperson, said dust had blown around the building because of the construction and resulted in “an unusual smell.”

After addressing the situation, firefighters reset the alarm and allowed re-entry into the building at approximately 12:50 p.m.

There were no injuries or damage to the building, Eliason said. Three engines, one ladder truck, one rescue ambulance, and one batallion chief responded to the alarm.