The Daily Nexus
News
Portola Dining Commons To Open in September
August 24, 2017 at 12:18 am by Tamari Dzotsenidze

After a two-year-long construction project, the new Portola Dining Commons will be open and ready for students by Move-In Weekend at the end of September. 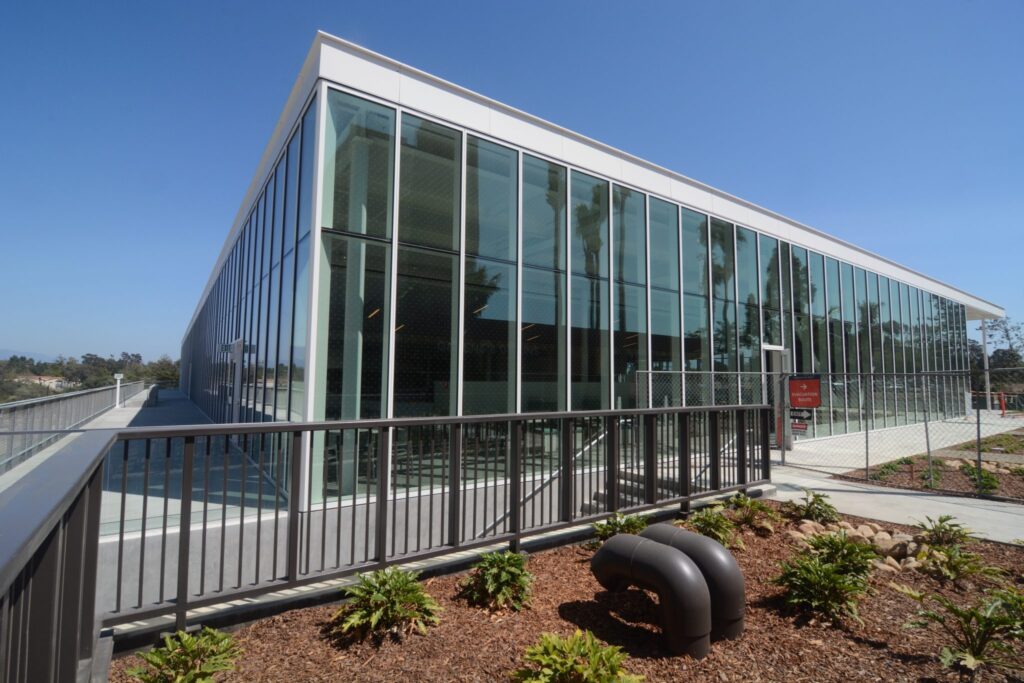 The Portola Dining Commons are located near the Santa Catalina freshmen dorms on El Colegio Road.

The original design of the dining commons began in 2013, according to KieranTimberlake, the architecture firm that designed Portola. Construction began in 2015 after the firm completed the building design in 2014.

“We are really excited to see this project come to life,” Jill Horst, director of dining services, said in an email. “I can’t wait for our guests to walk [through] the doors and experience this amazing venue while exploring a culinary feast-food innovation at its best with flavors forward.”

According to Horst, the old dining commons contained approximately 450 seats, while the new building has 600 indoor seats and 200 seats on the outdoor patio. The university is in the process of hiring more student and full-time employees to accommodate the increase in the dining commons’ capacity.

The Portola Dining Commons will be supplied with specialized cooking equipment, including a tandoori oven, rotisserie oven and tortilla machine in the bakery.

Students will also be able to see their food prepared through the six open kitchens, said Carin Whitney, spokesperson from KieranTimberlake, adding that the cooking and serving areas of the dining commons are “integral” to its overall design.

“The culinary experience is architectural,” Whitney said in an email.

“The team expects high performance benchmarks once [the] building opens for service,” Whitney said in an email.

Update: The cost of the Portola Dining Commons’ construction was unavailable at the time of publication and has since been added to the article.

A version of this story appeared on p.3 of the Thursday, August 24, 2017, print edition of the Daily Nexus.