Over 50 students, faculty and community members gathered in the MultiCultural Center Monday afternoon for a candlelight memorial for the lives lost amidst the racially charged violence in Charlottesville, Virginia. 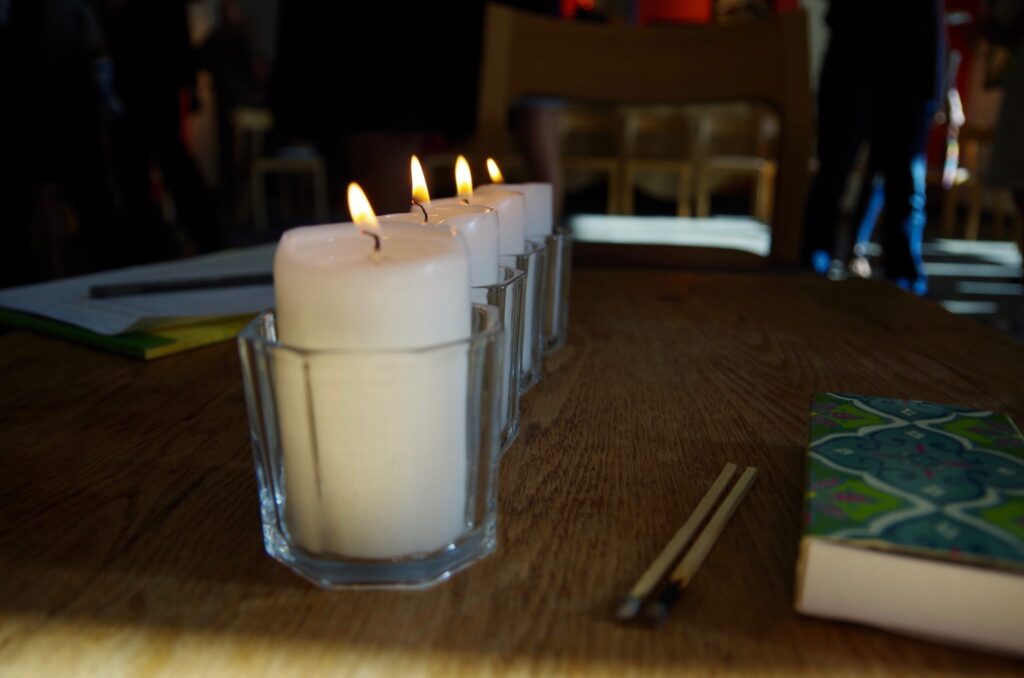 Three candles were lit to for the three people that died during the violence in Charlottesville on Saturday, and a fourth candle was lit for people injured during the rally and those historically affected by racial violence. Hugh Cook / Daily Nexus

Three candles were lit, one for each person who lost their life. A fourth candle was lit in memory of others injured during the rally and people historically affected by racist violence in the United States and worldwide. 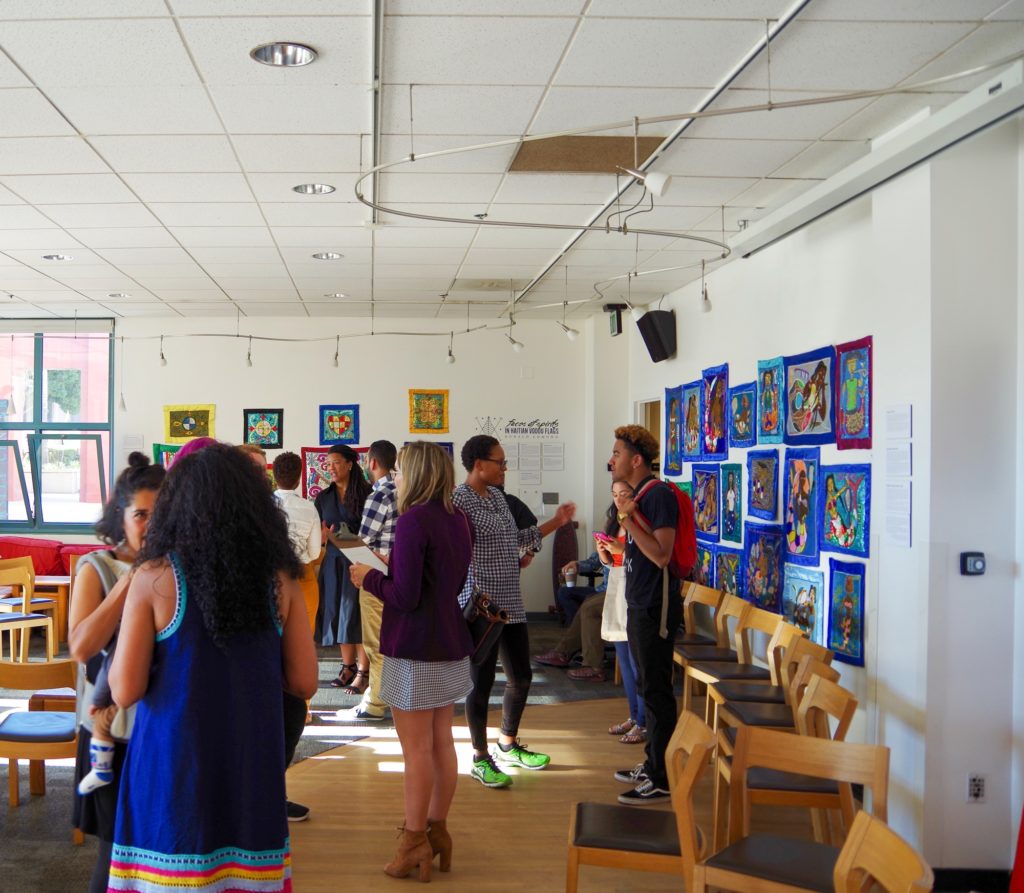 Students, faculty and community members gathered in the UCSB MultiCultural Center to stand in solidarity with the people of Charlottesville, Virginia following the racially charged white supremacist rally that occurred this weekend. Hugh Cook / Daily Nexus

The rally in Charlottesville began on Aug. 11 when over 200 white nationalist marched through the University of Virginia protesting the removal of a statue of Confederate General Robert E. Lee. Counter protests began Saturday morning at a park in Charlottesville, and the gathering turned fatal when a man drove his car through a crowd of anti-racist counter demonstrators, killing 32-year-old Heather Heyer.

Diana Puente, the Beloved Community advisor, said the Beloved Community and the MCC organized the event to create a space for the community to stand in solidarity with the people of Charlottesville and mourn the lives lost, as well as to strategize how to move forward in response to the national surge of white supremacism.

“[We] send our love to those who sustained injuries and stand in solidarity with the people of Charlottesville who stood up against hate,” Puente said. 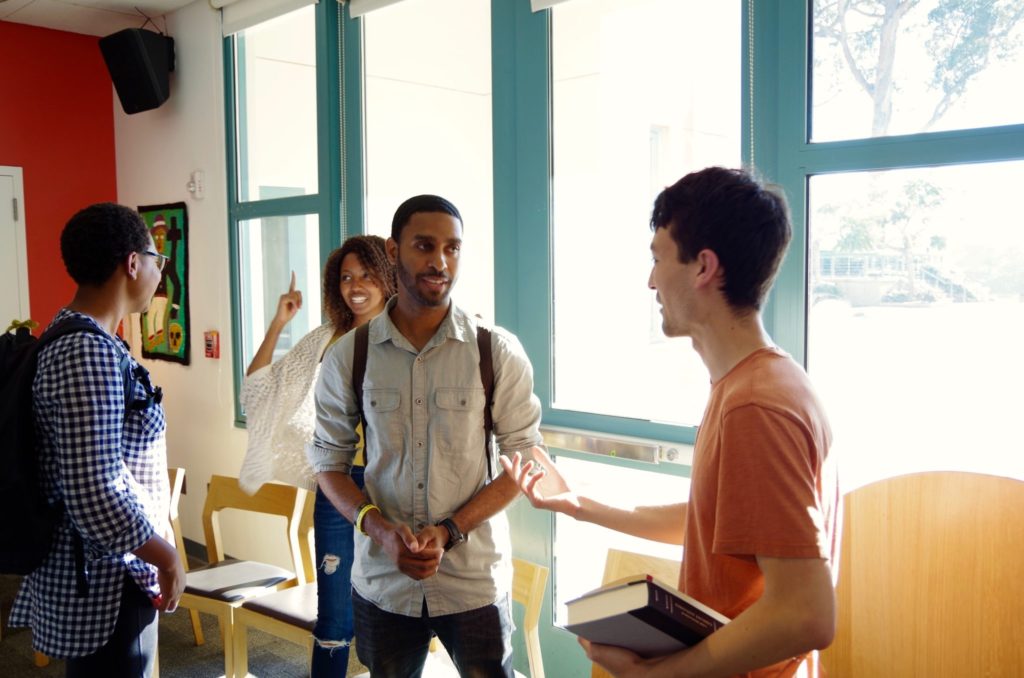 Three people died in Charlottesville, Virginia after violence erupted at a “Unite the Right” white nationalist rally on Saturday, inciting the UCSB and Isla Vista community to hold a candlelight memorial for the lives lost. Hugh Cook / Daily Nexus

MCC Director Zaveeni Khan-Marcus said events like those in Charlottesville are “a threat to human dignity” and are amplified due to the current national political climate.

Khan-Marcus said it is critical that the UCSB and Isla Vista community engage in dialogue about racism and violence that can affect and harm Americans beyond the events of Charlottesville.

Kareen Louis, the counselor and coordinator for the UCSB African diasporic Cultural Resource Center, said at the memorial that student discussions are important and can have “transforming and healing powers” as students process the emotions associated with racial hatred and violence.

Evan Quash, a second-year statistical science and black studies major, told the Nexus that the memorial created a space where he and others could release their anger and sadness and provided resources for more support.

Quash said the memorial allowed people to share personal stories of victimization and racism and said he believes the energy felt at the memorial can be “channeled” into grassroot organizing throughout the community.

Puente said the memorial will promote discussion about combating racism, and she hopes the community will move forward from the hatred in Charlottesville and plan for effective change.

“[We] plan to continue creating opportunities for the community to come together for critical conversations and action,” Puente said.

And how many of these snowflakes condemned James Hodgkinson?

There is no KKK in Isla Vista, no right wing protests in display of racial superiority. No need for using our discussions for “transforming healing powers”, or channeling that energy into “grassroots” organizations that are going to benefit the community and defeat racism locally. 200 protesters in Charlottesville, does not make a white supremacist uprising.
I’m sure the group memorial was beneficial to those attending and reciting experiences of evidence of racism or prejudice. But let’s not blow a mole hill into a mountain, in an effort to suppress a nonexistent “national surge of white supremacist”.