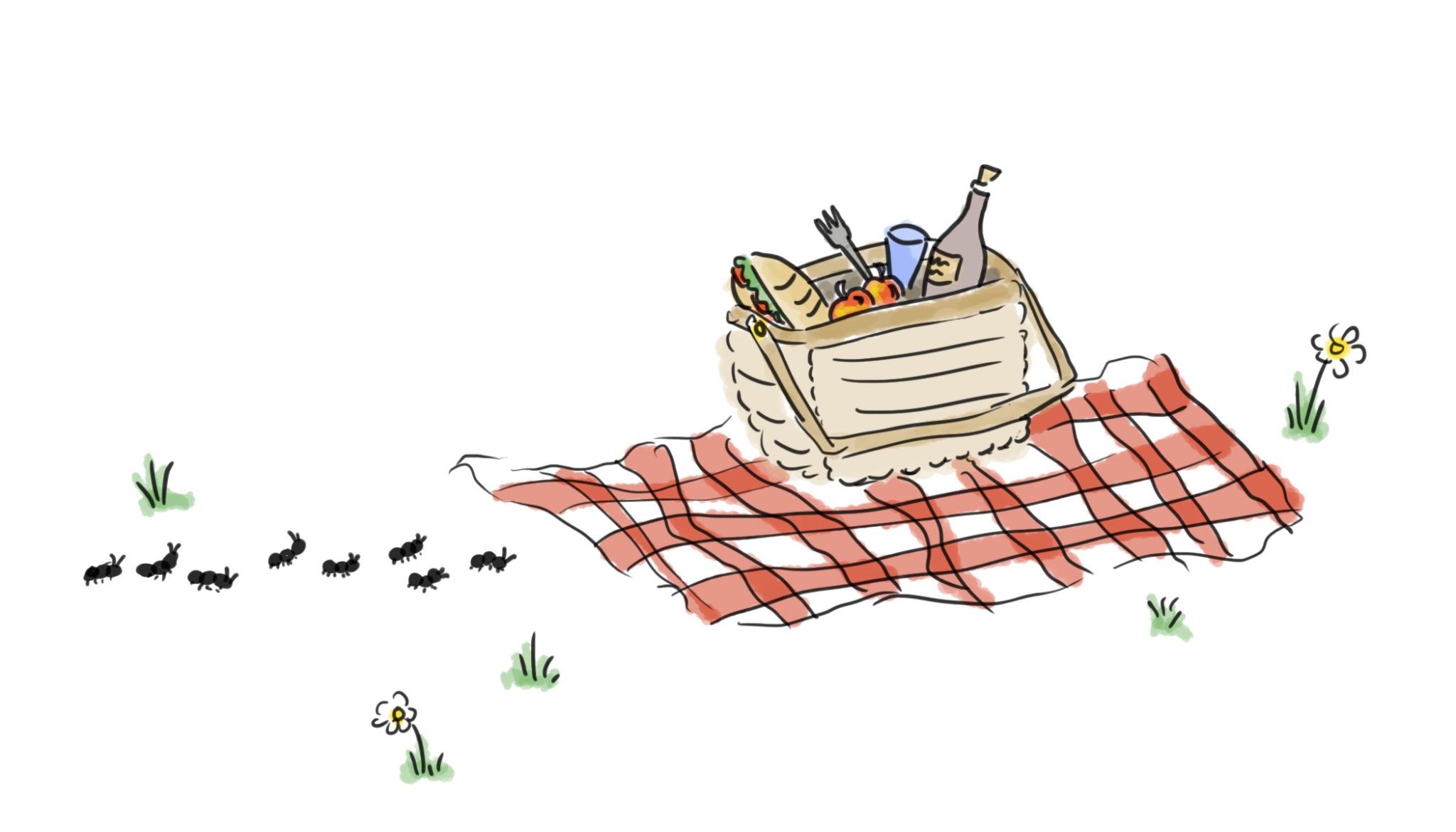 ISLA VISTA — As boiling July turns to simmering August, many families prepare last-minute outings before the new school year commences. The Fernandez clan is no exception, though they are exceptional in size and number.

“We look forward to this every year,” Maria Fernandez, the matriarch of the Argentine ant colony in Santa Barbara, said. “We can’t wait to see the rest of our relatives. It gives me butterflies in my abdomen.”

She added that the worker ants had proficiently mastered safety measures such as the buddy system in anticipation of the event.

“It’s a nice way to build community,” Julia Fernandez said. “Our neighbors don’t really notice us, and they aren’t very welcoming when they do. It’s nice to be among those who understand our struggles.”

Although socializing is the main goal of attending picnics, the colony also hopes to gather enough food to last the rest of the scorching summer.

“Getting enough sweets used to be a big concern, but our collecting has become a lot easier since the obesity epidemic hit.” Maria stated. When asked about the university’s efforts to rid the residence halls of her family’s presence, she laughed. “Y’all can fucking try.”

Emily Anne Williams is a junior studying linguistics with a minor in spraying Febreeze on insects that dare to enter her abode.