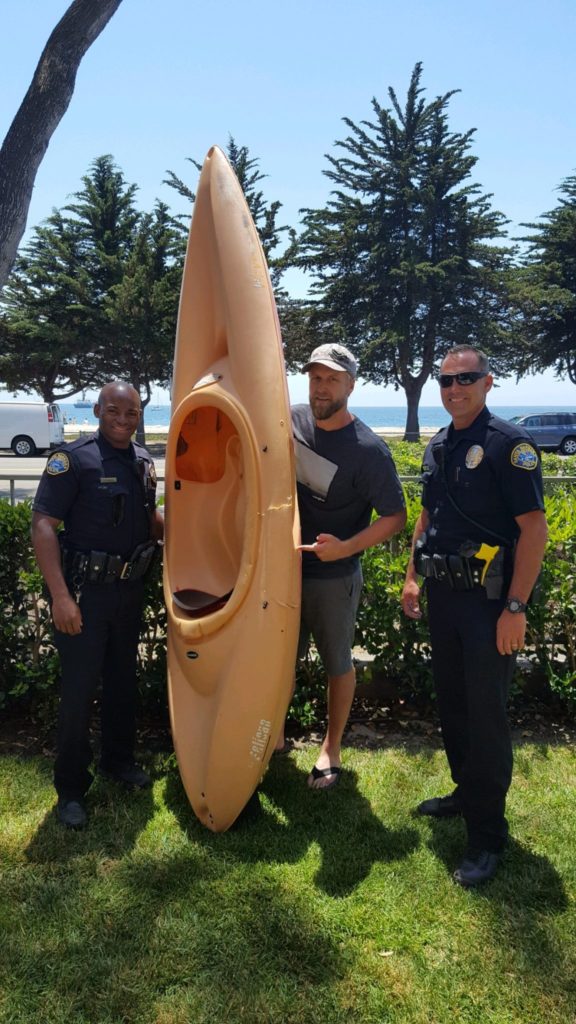 Bret Jackson was attacked by a Great White Shark Thursday morning while kayaking near Stearns Wharf. Uninjured, Jackson was able to swim to safety after the attack. Courtesy of Bret Jackson

Santa Barbara Harbor Patrol reported an attack Thursday at 11:20 a.m. off the eastern side of Stearns Wharf.

According to the Harbor Patrol, kayaker Bret Jackson was found calling for help after a great white shark bit the side of his kayak, flinging Jackson out of the boat and into the water.

The shark latched onto the kayak and pushed the boat sideways before flipping it upside down. The attack left a 15-inch bite mark in the kayak, according to the Harbor Patrol.

“I never saw its body. The first thing I saw was a wide open jaw coming at me,” Jackson said. “Pretty freaky, [and] it happened out of nowhere. It came up from underneath and boom.”

“I don’t remember moving my arm, but I obviously did or I wouldn’t have one,” Jackson added. 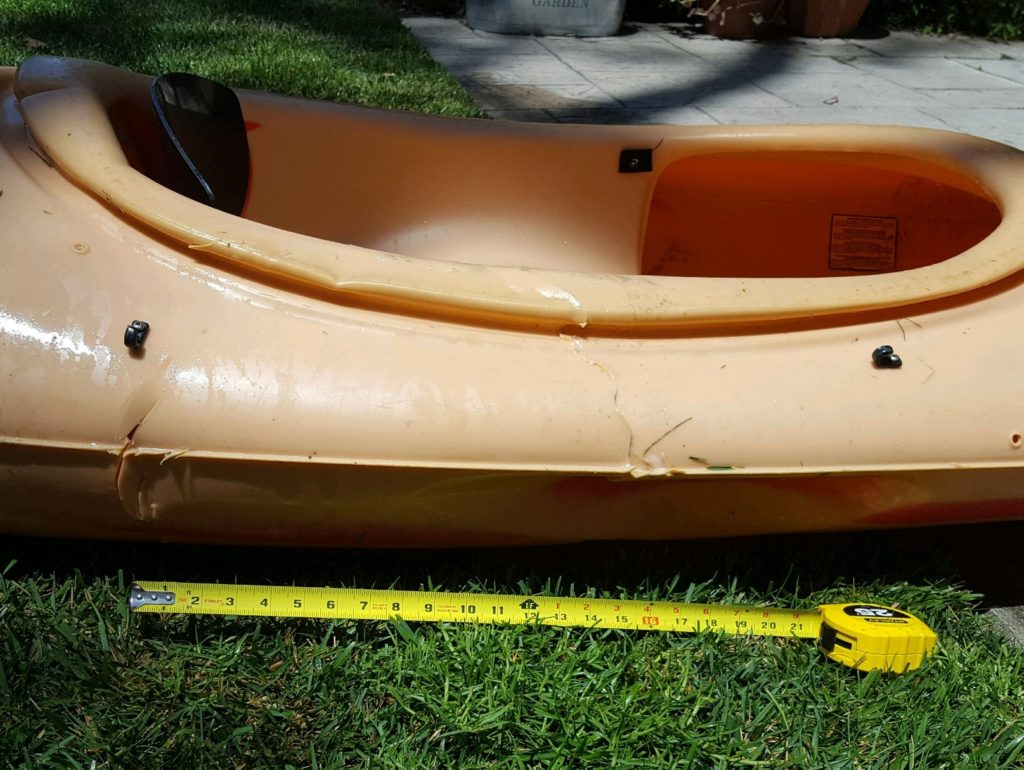 One kayaker and one paddle boarder were uninjured after two shark attacks in Santa Barbara waters Thursday morning. Courtesy of Bret Jackson

Jackson said he knew he needed to get out of the water, prompting him to swim to a sailboat anchored nearby.

A scientist later investigated the kayak’s damage, Jackson said, and identified the attack as the work of a great white shark between 11 and 13 feet in size.

The other attack occurred at 8 a.m. at More Mesa Beach.

According to Jon Menzies, the Santa Barbara County aquatics supervisor, a paddle boarder launched from Goleta Beach and paddled a half mile from Seal Rock when an approximately 8-foot-long great white shark bit the nose of the board, knocking the victim into the water.

The shark then returned and bit the rail of the board, as well.

Although the attack occurred a mile from Goleta Beach, Santa Barbara County posted warning signs at the beach to deter launches from the location.