Seafood is meant to be eaten by the beach, with the sun overhead and the waves breaking behind you. There’s a reason we are so enamored with the illusion of an island paradise and have lyrics dedicated to the feeling of having our toes in the sand. 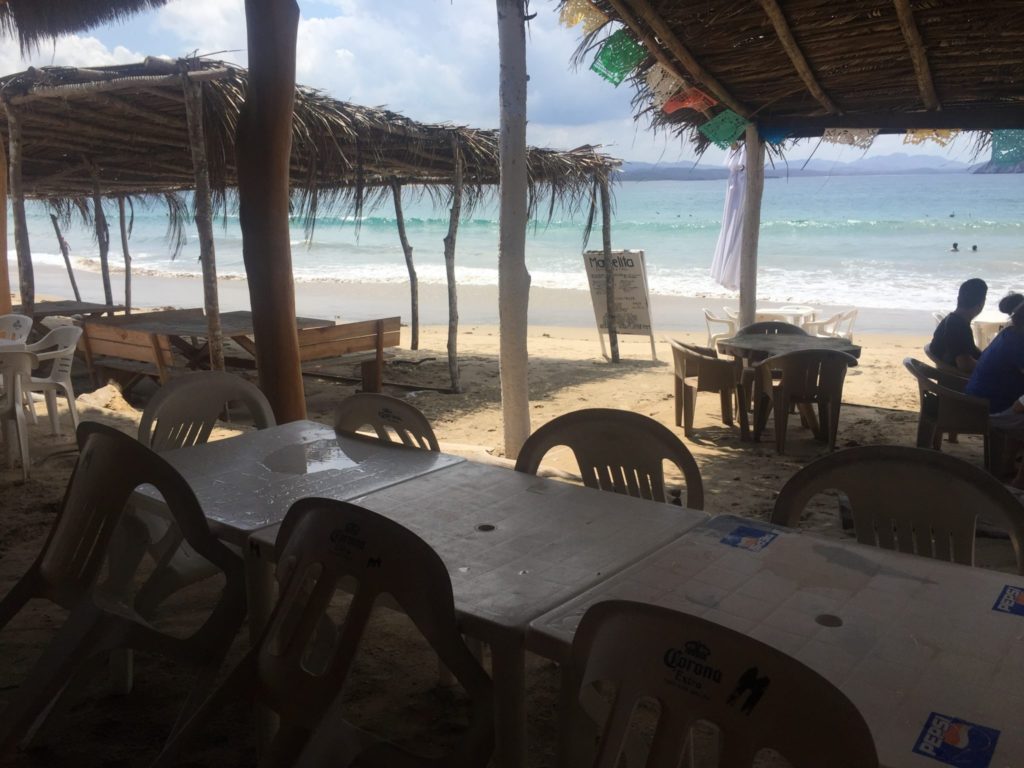 Located just above the edge of the water, La Manuelita in Jalisco, Mexico, offers a view of the boats coming in with the catch of the day, the seafood as fresh as it is going to get. The restaurant, while simple in comparison to some, is idyllic nonetheless. Made to resemble a beach hut, the tables are laid out in the sand, papel picado strung up along the perimeter of the roof.

While not exactly a widely boasted tourist attraction, Punta Perula more than makes up for it in terms of its cuisine. The vast majority of the restaurants, La Manuelita included, are family owned, the staff consisting of nothing more than a pair of cooks and a server. The food clearly reflects this, with the flavor and presentation consist in every dish ordered.

As we were only there for a couple of days, we made an effort to try as many of the dishes as we possibly could, often sharing amongst our large group of 14. (Despite my best efforts, it was nearly impossible to get pictures of all of the food we tried before someone inevitably took a bite). 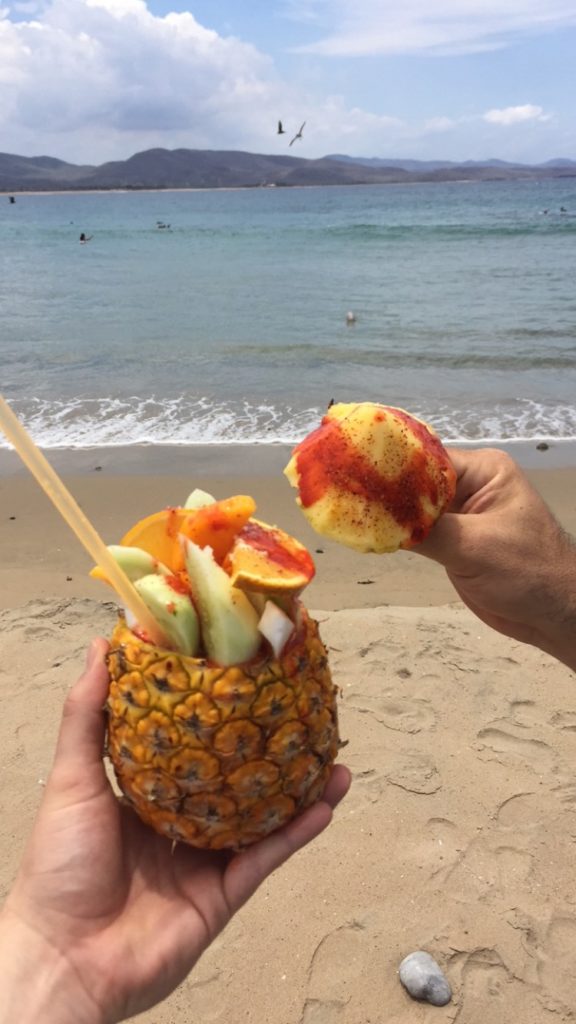 The pineapple, carved out to resemble a bowl, includes mango, coconut, cucumber, tajin, orange, orange juice, chamoy, grenadine, jicama and, of course, pineapple. Rather than the typical little paper umbrella you would find in a fruity drink, we were also presented with the carved out piece of pineapple, cut to resemble the classic cocktail garnish. It was definitely popular amongst the table, the pineapple serving to curve our appetites while we waited for our orders. Or, in the case of my younger cousin, it was enough to fill you up for the rest of the day. 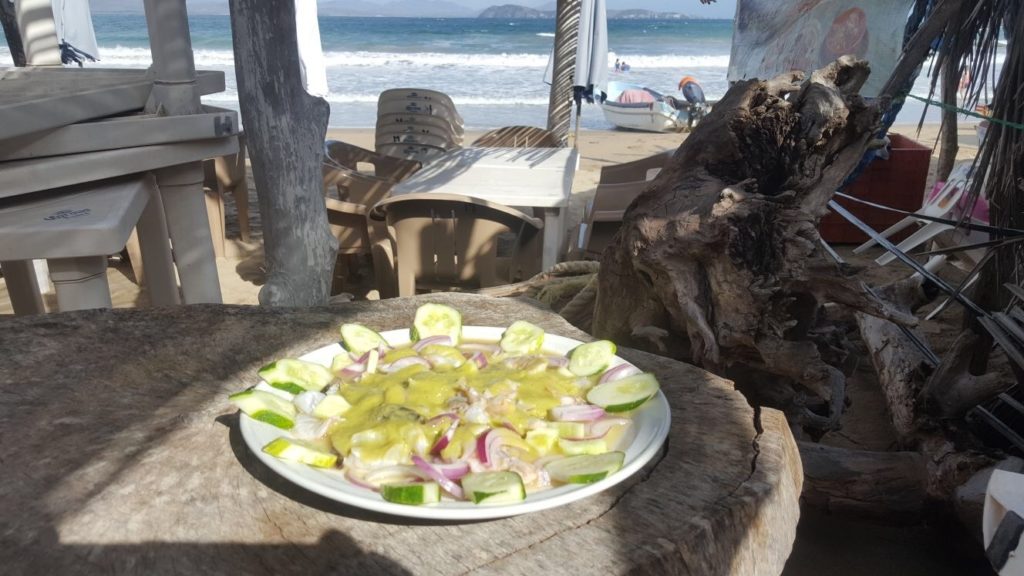 Prepared and marinated in a sauce of lime juice, cilantro and serrano peppers, the shrimp dish is plated with onion and slices of cucumber. Despite being incredibly spicy (enough to warrant asking for a coke upon the first bite) the shrimp was without a doubt one of the best things I had ever tasted. Despite jokes from my family members about ordering a dish too spicy for me to handle, I ate the entire plate with the help of a rather large amount of saltine crackers and tostadas. In hindsight, I probably could have just asked for the cook to make the dish less spicy. 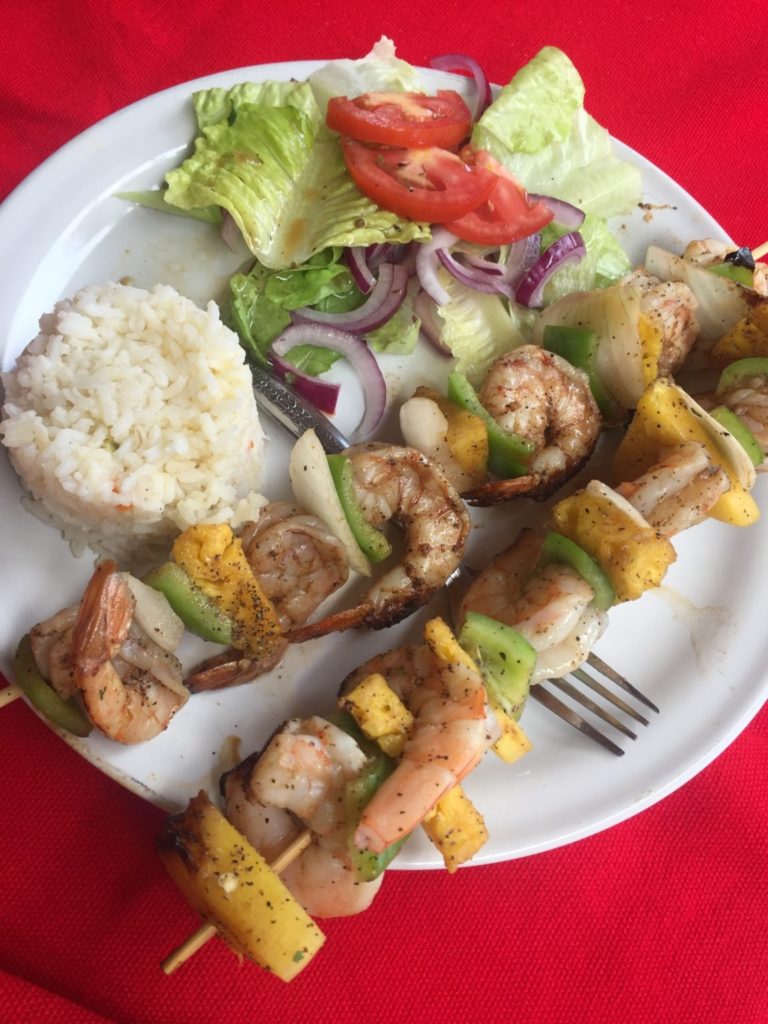 Grilled right outside of the restaurant, the kabobs consist of skewered shrimp, pineapple, onion and green peppers. The different ingredients made for a nice combination of sweet and salty, the flavors offsetting each other nicely. The kabobs were plated with a serving of rice and salad, the dish a prime example of a summer staple. 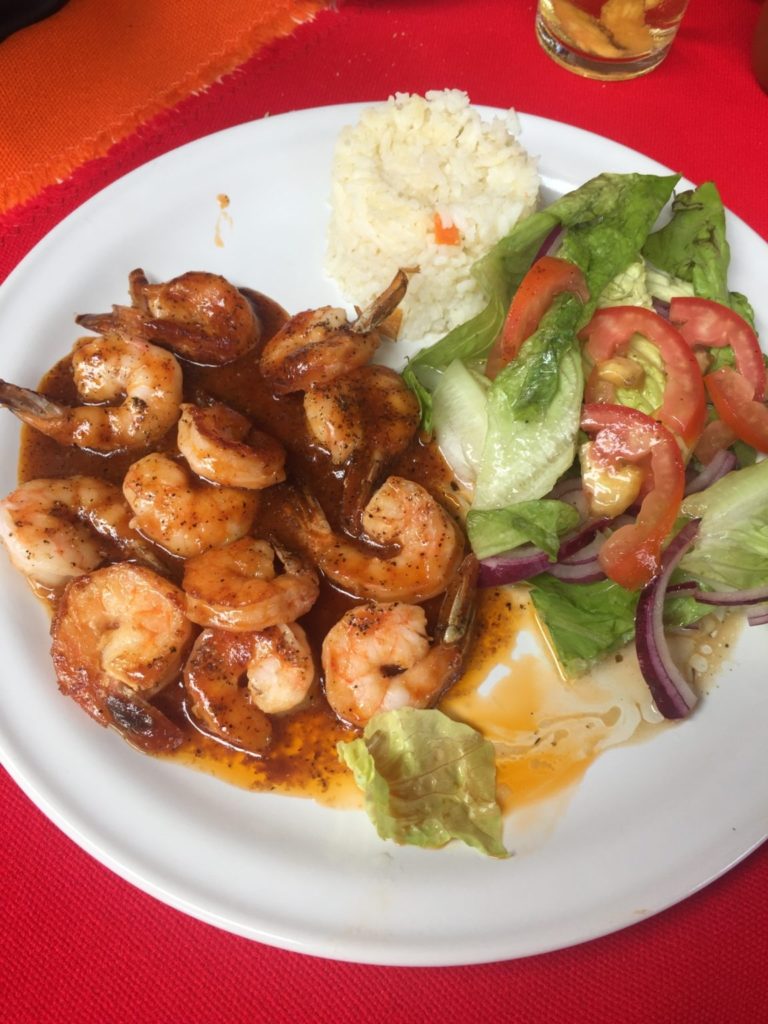 Sauteed and simmered in a sauce of tomatoes and chipotle, the dish was another that was meant to be packed with heat. In this case my cousin learned from my mistake; the media diabla in the name meaning the sauce was only half as spicy. Served with the usual rice and salad, the sides in this case counteract any lingering heat in the shrimp, making it much more enjoyable to eat. 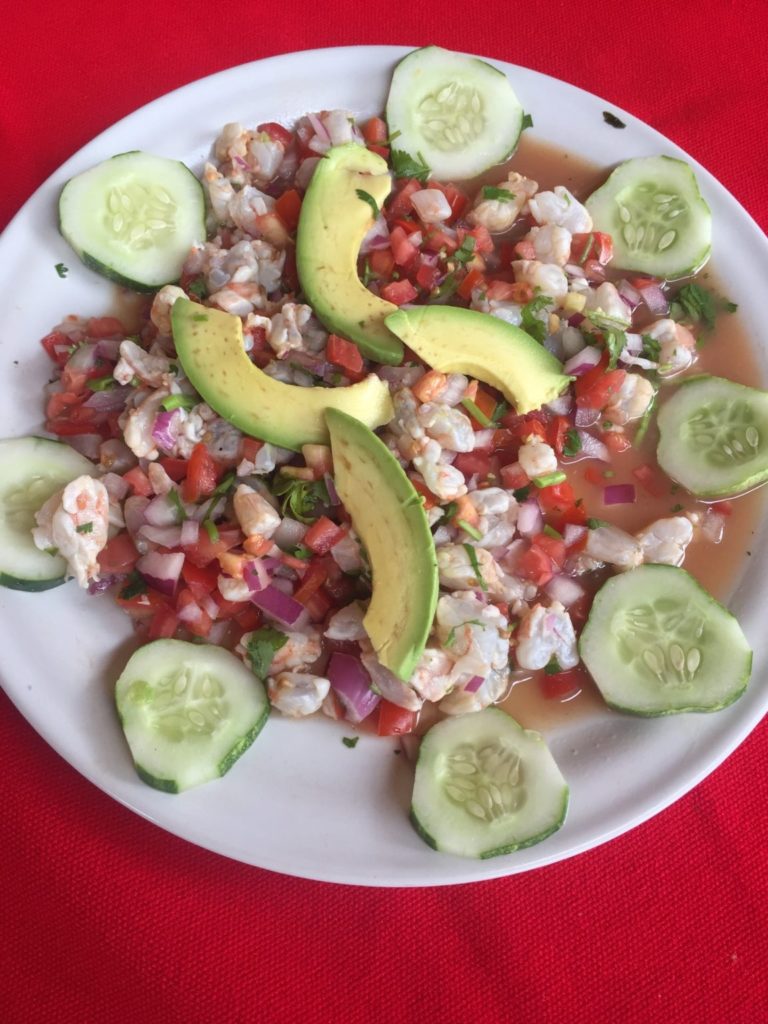 Prepared and marinated in lime juice, similar to the aguachile, the chopped shrimp is served with tomatoes, cilantro, onion, slices of cucumber and avocado. It was arguably everyone’s favorite dish; my dad ordering a second plate before we were even halfway through the first. Tostada after tostada was filled, even the pickiest of my cousins enjoying the dish. Personally, I could have eaten the dish for the entirety of our time at the beach.