The Daily Nexus
Sports
2017 Nexus Sports Awards – Put the Team On Their Backs: Austin Bush & Amanda Ball Earn Player of the Year Awards
June 8, 2017 at 5:00 am by Jorge Mercado and Kayla Talley 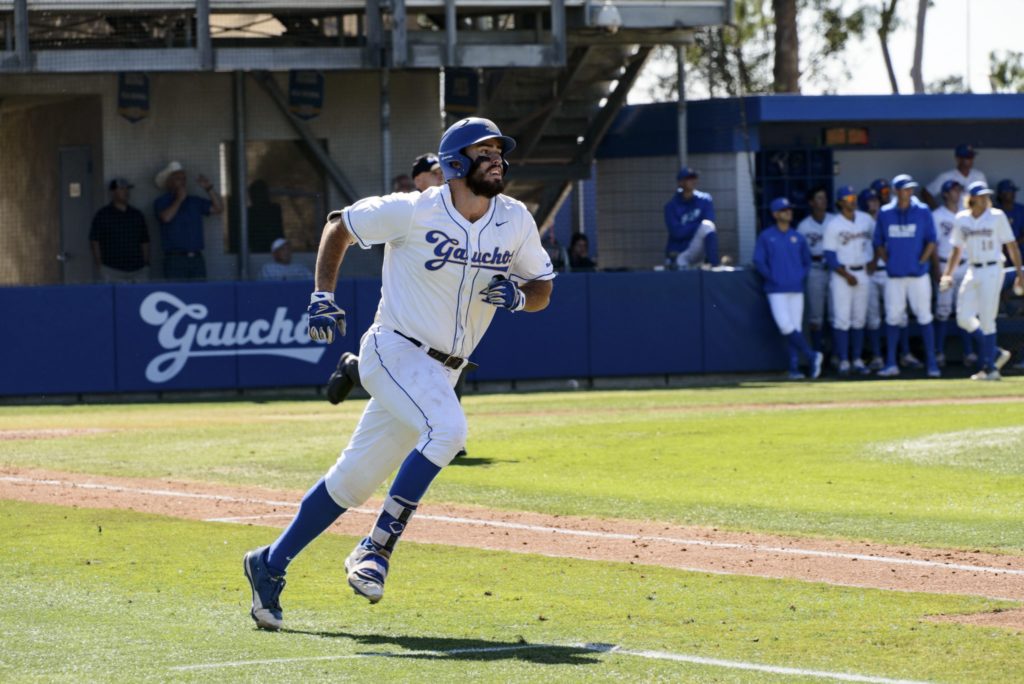 Standing at 6’6”, 265, there is hardly any doubt that junior first baseman Austin Bush has the size to translate his hard-hitting power to the next level.

And, after hitting a program-best 20 home runs this season, there is little doubt as to why Bush earns this year’s Nexus Sports Player of the Year award.

Despite the UCSB baseball team struggling as a whole this year, there was always one thing you could count on every series: a Bush home run.

The amazing thing about Bush’s 20 total round-trippers is that 10 of them came over the final 12 games for the Gauchos, including hitting his final two at Hawaii, a place notoriously known to be a hard one to knock it out of the park.

For all that power, Bush earned All-Big West First Team honors after leading the Big West in home runs (20) and RBIs (60) n a landslide as the next closest in both categories was 12 home runs and 45 RBIs, respectively.

Bush put up the stats definitive of a player of the year, but what really set him apart from other athletes this year is how much he really improved his game.

Last year, Bush was known as a power hitter, but constantly struck out and would look for the big swing instead of getting the ball in play.

This year, the California native was more patient at the plate and got a lot more balls in play, which led to his career-high batting average and his being one of 19 Big West players to finish batting above .300.

Despite possibly being snubbed as the Big West Player of the Year, his first team honors will be a wonderful way to remember what a career year for Bush. 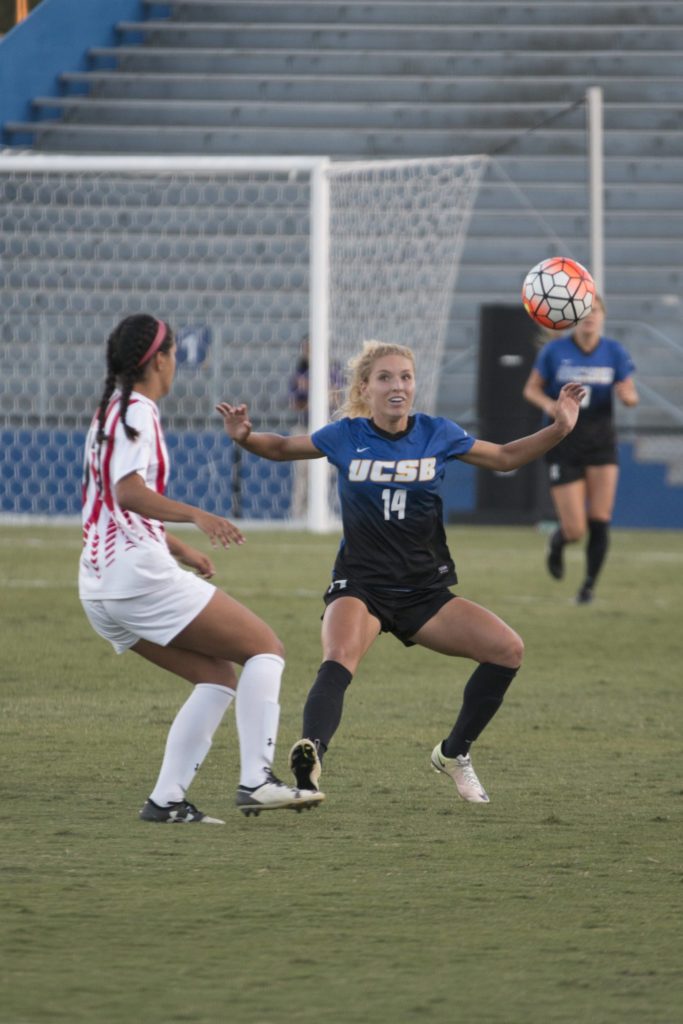 After putting forth one of the best seasons of any women’s soccer player in quite a while, junior forward Amanda Ball is being awarded the Women’s Player of the Year.

Ball followed up a solid 2015-16 campaign in which she was named All-Big West Second Team, spectacularly taking the conference by storm.

Of the 29 goals scored by the Gauchos over the course of the 2016-17 season, Ball led her team by a landslide having tallied 10 of those goals in just 16 matches started as she missed three games on the year.

Better than that, three of Ball’s team-high 10 goals were game-winners, including UCSB’s opening game against Fresno State in which she recorded her first career hat trick.

That three-goal performance was the most by a single UCSB player in a match since 2004, and Ball was also awarded Big West Player of the Week after that performance.

The junior’s 10 goals also made her the first UCSB women’s soccer player to score double-digit goals in a single season since 2005. Ball additionally made both of her penalty kicks when the opportunities arose against Pittsburgh and Cal Poly.

She also tied senior midfielder Dakota Griggs for the lead in shot on goal percentage (.571) of those who have kicked more than two shots on goal and led significantly in the points category with 21.

In overall Big West statistics, Ball placed second in number of goals made (10) among her women’s soccer conference competitors, just one behind Long Beach State’s Ashley Gonzalez (11), and ended the year third in points (21).

Despite UCSB’s disheartening effort over its final 11 games of the year and failing to make the Big West Conference Tournament, even after a remarkable 8-0 start to their season, Ball’s exemplary junior season earned her the accolades of being named First Team All-Big West and Second Team All-Far West, making her the well-deserving honorary title-holder of Women’s Player of the Year.