Morgan Mays, UCSB men’s tennis team captain, and star finished his collegiate career on a high note after winning Big West Player of the Year and having the opportunity to play in the NCAA tournament with doubles partner junior Simon Freund.

Having been 25 years since UCSB men’s tennis was invited to the NCAA tournament, if there was a Gaucho to push the team to that level, it would be Mays. A transfer in the 2014-15 season from Wake Forest, he has been an incredible asset to the program skill-wise as well as through his leadership ability. 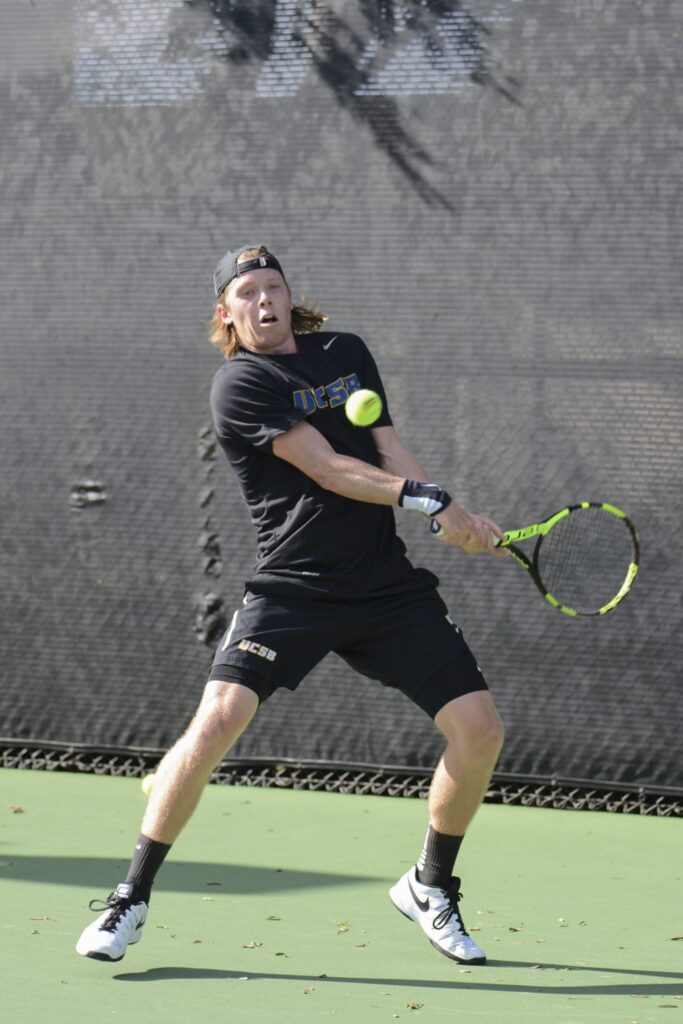 Morgan Mays wins with a strong comeback in the first set and finished even stronger in the second set. Alex Yam / Daily Nexus

Although the Gauchos lost in the first round of the NCAA Tournament to Ole Miss, UCSB is in the position to finish the year at No. 37 in the Intercollegiate Tennis Association, the highest the school has ranked since 1998.

Mays and Freud were ranked sixth nationally at one point, going 19-5 overall this season and 13-4 in doubles matches.

Mays also won the Arthur Ashe Leadership and Sportsmanship Award in the ITA Southwest Region for his performance on the court as well as in the classroom. He also won the UCSB Athletics Male Athlete of the Year SB Award, voted on and awarded by the UCSB athletic community.

Aside from his athletic talent, Mays is known to lead with optimism and has successfully skyrocketed UCSB into the higher national ranking. UCSB’s tennis program was lucky to have such a player and leader in their midst, and he will be dearly missed in the coming years.

While UCSB senior Tori Usgaard will be graduating this year, she has some business to take care of first. On June 9 and 10, right before finals week, Usgaard will be competing in Eugene, Ore., as part of the NCAA Track and Field Championships.

Usgaard’s outstanding performance this year has not only earned her a ticket to Oregon but also the honor of being this year’s Women’s Senior Standout.

In her fifth year at UCSB, Usgaard has had an outstanding season, but she showed promise before attending college. At Dana Hills High School, Usgaard was a track and field star, and her continued dedication and work have brought her to compete at the highest collegiate level.

Because she finished top-24 in the NCAA heptathlon, Usgaard was able to circumvent the process of regionals and go directly to Eugene. 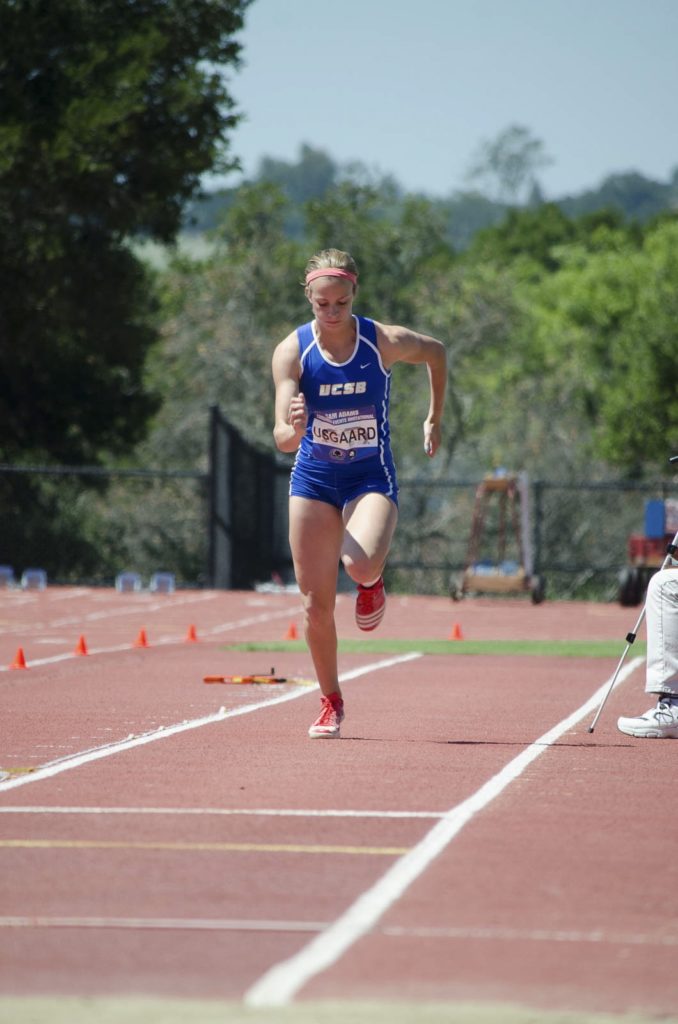 Competing in the heptathlon, Tori Usgaard runs towards the sand to perform the long jump. Nexus File Photo

Usgaard’s final season has been full of accomplishments, whether it’s been winning competitions or setting records.

At the Mt. Sac Relays in April, Usgaard finished fifth overall in the heptathlon with a score of 5,551 points.

Thanks to her outstanding performances, Usgaard now ranks second all-time at UCSB for the heptathlon. Usgaard is in good company, only trailing Olympian Barbara Nwaba.

In addition to succeeding on the field while at UCSB, Usgaard will be graduating with a degree in chemical engineering.