After a sophomore campaign tainted by ankle tendonitis, junior Sike Azu-Irondi was anxious yet confident about getting back on the track for the 100m during the 2017 season. His personal goals for the year were kept secret from his family and coaches, but a select few teammates were filled in on them just prior to the season starting. 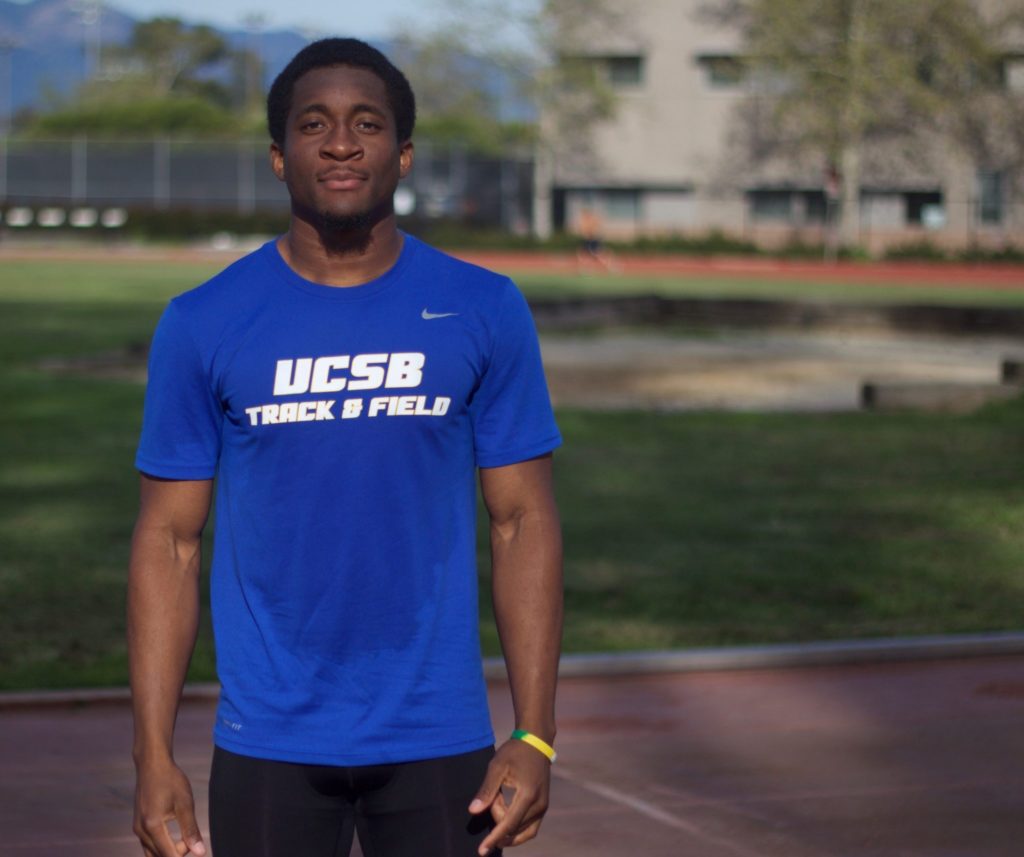 The day of the first event at breakfast, senior sprinter Lee Duncan asked him what he thought he could run in his debut. Duncan’s reaction to Azu-Irondi’s response was, “You’re going break the record? Today?”

The San Fernando native shot off the blocks, and only a little over 10 seconds later solidified his spot in UCSB record books as the fastest man in school history with a 10.55s 100m mark. His 10.55s time at the All-UC meet barely beat a 30-year-old record previously held by UCSB’s Sandy Combs at 10.56s.

Yet he has his sights on a bigger prize: the Olympic trials. He envisions himself in London in 2020 but knows that he a lot of work to do in order to get there.

“I’m going to be in the World Championships in London. I have to hit a 10.12 to get to the trials and then go from there. I don’t want to jinx it, but I could see myself doing some crazy things,” said Azu-Irondi. “Especially with the help of Coach [Travis] Anderson, I’m going get there for sure.”

Although its season didn’t quite end how it perhaps wanted, the UCSB softball team stood out this year because of its surprising stretches of dominance and its impressive ability to come together and earn its place in postseason play.

With only four seniors on the roster, there were minimal expectations for the Gauchos heading into this season.

Contrary to these expectations, the team finished above .500 in both overall and conference play before losing its two postseason games.

While the team predominantly consisted of freshman and sophomores, strong leadership from the team’s four seniors seems to have given the Gauchos a valuable source of energy.

In March, Santa Barbara went on an impressive eight-game win streak during a stretch in which the Gauchos went undefeated at the St. George Red Desert Classic. Later in March, the Gauchos would go on to win six games in a row before heading into conference play.

The surprising success this season didn’t go without some standout performances from individuals.

Diaz’s performance this year, recording a team-high 34 RBIs and batting .297 overall, also led to her being selected to the Big West All-Freshman Team.

The Gauchos will look to use the young talent they have to carry them into next season, during which they’ll certainly draw more attention early on.