The Daily Nexus
Science & Tech
Mathematics and the Science of Learning
June 7, 2017 at 1:43 pm by Dana Jessen

“It was a huge honor, and I was really surprised,” Ashby said. “The Warren Medal is the oldest award in psychology, and reading the list of past winners [including B.F. Skinner and Endel Tulving] was a very humbling experience.”

As director of the Laboratory for Computational Cognitive Neuroscience, Ashby is interested in the basic cognitive and neural processes of human learning and memory. He collects empirical data from neuroimaging and cognitive behavioral experiments in order to understand the underlying neural processes of learning and memory, of which he then builds testable neurobiologically based mathematical models of. 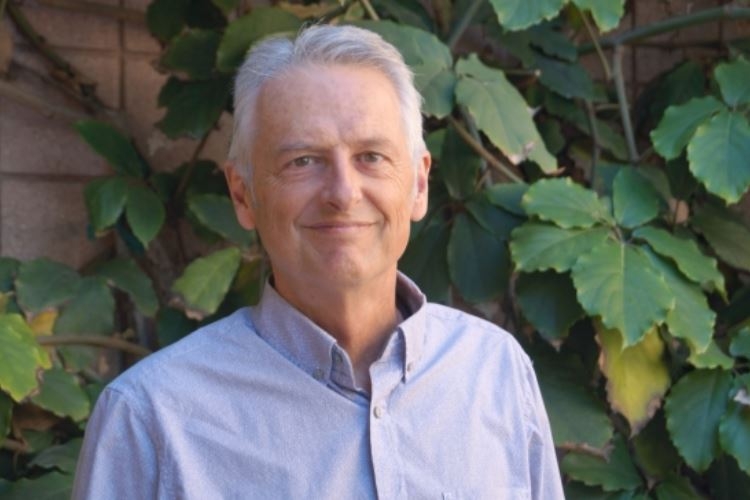 Ashby became interested in the psychology of learning as an undergraduate math major at the University of Puget Sound in Tacoma, Wash.

“I happened to take a psychology course called ‘Learning & Motivation.’ Instead of a textbook, we read Freud’s Beyond the Pleasure Principle, Pavlov’s Conditioned Reflexes, Skinner’s Behavior of Organisms and Hull’s Principles of Behavior. Reading those books gave me an inner glimpse of scientists trying to understand how we learn,” Ashby said. “I got so excited I added psychology as a double major and went on to get my Ph.D. in mathematical psychology [at Purdue University].”

Although mathematical psychology may seem perplexing to some, Ashby explains that as a field matures, its theories become more rigorous and precise, and mathematics becomes the language of choice. It is far easier to test and reject a theory expressed mathematically than one expressed verbally. Psychology and neuroscience are no different.

“The human mind is unfathomably complex, so all theories about how it works are bound to be wrong, but some are definitely better than others,” Ashby said. “It’s a process of figuring out which existing theories are the best, designing experiments that expose their shortcomings and then building a better theory. When theories are expressed mathematically, all of these steps are accelerated.”

During Ashby’s early career, he studied perception and decision-making. However, one of the basic problems in decision-making is understanding how people learn the strategies they use to make decisions.Ashby grew interested in this problem, and it brought him full circle back to learning.

“Back in the 1990s, my lab was one of the leaders in proposing and proving that humans have multiple learning systems, which are mostly anatomically and functionally distinct, have evolved at different times for different purposes and which learn by qualitatively different rules,” Ashby said. “This basic principle is the motivation behind all of our research [at the Laboratory for Computational Cognitive Neuroscience].”

One of his lab’s most important discoveries is that the neural system known colloquially as “muscle memory” probably plays a critical role in almost all difficult learning tasks. Presumably, this is why homework is so effective.

“Muscle memory is mediated primarily within the basal ganglia, which are a collection of subcortical structures deep inside the brain,” Ashby said. “Evidence suggests that we don’t have conscious access to activity within the basal ganglia, so if you’re really good at some motor skill, this is why it’s so hard to tell someone how you just pulled off that tricky maneuver (such as in a videogame, or on a musical instrument).”

During the course of his research, Ashby and his team discovered lots of qualitative differences in how the different systems learn. They are currently at 25 or so differences and counting. One lesson that Ashby takes away from this is that there is not any single best way to learn. It depends on which system is being trained.

“It looks like the two most important systems are an explicit system that mediates almost all learning that occurs when you listen to a lecture or read a book, and the muscle memory system that is most important when you’re practicing a skill,” Ashby said.

For students, Ashby explains why it is best to study under the constantly recommended exam-like conditions, free of distractions.

“Optimal explicit learning requires no distractions and is best when you’re well-rested and stress-free. Learning via muscle memory, called procedural learning in psychology, requires lots of practice, immediate feedback, and is best when there is a consistent motor response,” Ashby said. “Also, although explicit knowledge generalizes to new tasks, muscle memory does not. So if you want to apply muscle memory to an exam, for example, it’s best to practice under conditions that mimic the exam as closely as possible — except give yourself immediate feedback about how you’re doing, such as within a couple of seconds.”

Ashby is currently researching how people switch back-and-forth between their different learning systems, an important yet highly complex skill used in day-to-day life, such as while driving a car. However, it turns out that system switching is much more difficult for people than everyone originally thought.

“Every year, society spends huge amounts of money on unlearning programs — in prisons, psychotherapy clinics and drug-treatment facilities. But the recidivism rates in all these programs is really high,” Ashby said. “We think we’ve identified a neural mechanism that protects learning from interventions of this type and therefore is one important reason that bad habits are so hard to break. Given knowledge about how this protective mechanism works, we’ve been able to develop some unlearning interventions that show initial promising signs of success.”