The Daily Nexus
News
Trump Budget a Threat to SB Housing and Infrastructure
June 1, 2017 at 12:37 am by Phi Do

The budget proposal allocates $40.7 billion to the Department of Housing and Urban Development (HUD), a 13.2 percent decrease from 2017. Part of this cut will eliminate the Community Development Block Grant (CDBG) program, which funds affordable housing and infrastructure improvements. 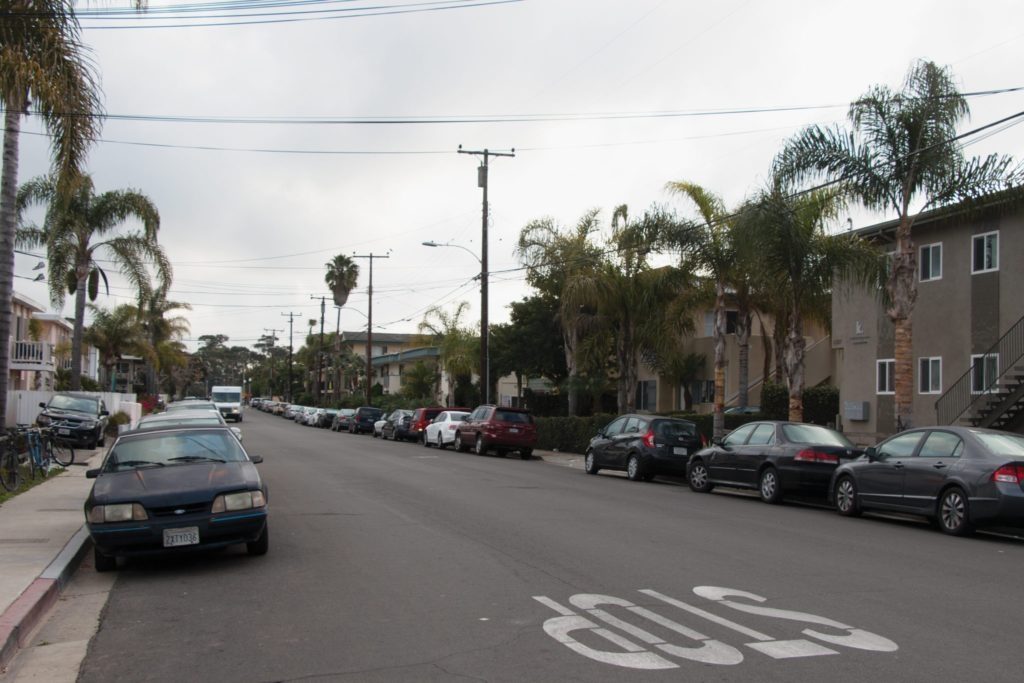 Above is Sabado Tarde Road, the site of a project currently underway to construct an Americans with Disabilities Act (ADA) accessible sidewalk, which received CDBG funding for 2016-2017. Pei Chiao Lin/Daily Nexus

According to HUD, the CDBG program aims to provide “decent housing,” a suitable living environment and expand economic opportunities for low- and moderate-income persons.

Cutting the program will save nearly $3 billion, according to a supplemental document from the administration.

“The program is not well-targeted to the poorest populations and has not demonstrated a measurable impact on communities,” the document reads.

Since 2012, the HUD has awarded the county over a million dollars each year to fund projects such as improving infrastructure to include more Americans with Disabilities Act (ADA) accessible paths, offering food and shelter to vulnerable individuals and providing support services to children and families.

Approximately $1.5 million is allocated to the county each year, with the exception of fiscal year 2016-17. This year the city of Lompoc withdrew from a partnership which qualifies the county to apply for the CDBG grant, decreasing the amount of funding received.

The following chart shows the amount of funding the county has received in the past five years. The data was compiled from annual Action Plans from the county’s Community Services Department.

This year, one of the CDBG recipients included the Isla Vista Youth Projects, which used the awards to help purchase its operating building — the Isla Vista Children’s Center. The project’s executive director, LuAnn Miller, said the facility serves an average of 100 children per year.

Miller said 90 percent of those children are from low-income families, enabling parents to work and attend school to support their families.

“Our campaign [to purchase the building] raised $1.2 million to accomplish this feat, thus ensuring the youngest residents of Isla Vista/Goleta will receive early care and education in our fully day, year found nationally accredited program,” Miller said in an email.

The Santa Barbara Rape Crisis Center, another recipient of the CDBG, applied for funding to increase awareness about sexual assault and reach out to parts of the Isla Vista community not usually serviced through UC Santa Barbara, according to Program Director Idalia Gomez.

“Although there are great services at UCSB, City College students, Latino families and Spanish-speaking community members don’t often access services through the university,” Gomez said. “So we wanted to ensure that through this program that they would be able to have access to very similar services but through the community.”

Gomez said the county recently recommended that the center receive CDBG funding for the upcoming year, but after learning that the grant may not go through, such accommodations were placed on hold.

“At this point, we’re not sure if those recommendations will move forward in the future, but on our side we continue to work to ensure that our services are available to the greater community of Santa Barbara,” Gomez said.

Leah Gonzales, program manager of Women’s Economic Ventures (WEV), said for a number of years WEV has been awarded CDBG funds for business planning classes that aim to help low-income women launch or expand their business.

When she learned about the proposed cuts to the program, she said she was “cautiously optimistic” it would not pass due to the amount of people affected in local communities.

“Probably the average person may not understand or have heard of the CDBG grant,” Gonzales said. “But we have launched our own advocacy efforts to really help educate the community on how important and how integral these funds are to the many nonprofit organizations, especially in Santa Barbara County, that depend on it.”

In mid-April WEV participated in a #Fight4CDBG press conference, organized by the Santa Barbara Mayor, Helene Schenider and attended by Congressman Salud Carbajal.

Gonzales said while advocacy efforts helped pass a resolution that maintained or increased funding for CDBG, it will only be active until Sept. 30.

She said she hopes the public will become more informed about the grant and call elected representatives to increase funding for it rather than decrease or eliminate it.

“It’s a surprising plan [the proposed federal budget], given how many people it impacts at local levels, but we hope that the community and the elected officials will listen to their constituents and help support the continuation of CDBG funds,” she said.

A version of this story appeared on p.1 of the Thursday, June 1, 2017, edition of the Daily Nexus.

The US federal government is $20 trillion in debt. This is a burden on future generations. Some things are going to need to be cut to get expenditures down (and they need to go down) and a tax increase is off the table (about 40% of US GDP is already being spent by government at all levels). Providing housing is not a primary function of the federal government. Private interests can handle most of this. The rest (infrastructure like roads and water) needs to come from state and local taxes.

So let’s up the military budget (bigger already than the next 7+ countries cumulative expenditure)by many billions and cut costs in the millions to programs like the above.

Your priorities are a tad myopic (calling them irrational would be attributing too much logic to your views by assuming there is a core to them that could be mistaken as rational).

I’m going to give you more than you deserve for your unsupported assertions. As to logic, you have demonstrated none. National defense is in fact a constitutionally defined mission of the federal government. We can and should discuss how much is rational for us to spend on it as a function. Housing is not a federal responsibility. Period. Defund HUD altogether, and let private capital do the rest.

Per the immediately above reply: “(calling them [your priorities]irrational would be attributing too much logic to your views by assuming there is a core to them that could be mistaken as rational).”

I rest my case.

As for my “unsupported assertions” — the data backing them is so numerous and available that one would think even you could, with a little help, find them.

Try, as one of many dozens of examples, recently compiled data from The International Institute for Strategic Studies: Top 15 Defense Budgets.

God we need a moron filter on this site.

You address none of the valid issues I raise with respect to constitutional design and authority so you clearly accept my assertion that you have no argument. Again, housing is not the business of the federal government. You want federal money is about all you have to say. Others of us don’t want the feds operating out of their enumerated powers. You apparently do. No thanks.

I did not realize there was a mandate to address only the issues of your choice within your post. I addressed those issues you raised that I chose to address.

By the way, your phrasing is telling “You address none of the valid issues I raise…so you clearly have no argument”. Your inference is illogical — but what a surprise! (Get an into book on logic and have a friend explain).