The Associated Students (A.S.) Food Bank reopened on Wednesday after renovations started near the end of Winter Quarter.

The food bank welcomed a new Food Bank coordinator, Rudolfo Ortiz, just one week ago. During the opening ceremony on Wednesday, he commented on his experience with the organization so far. 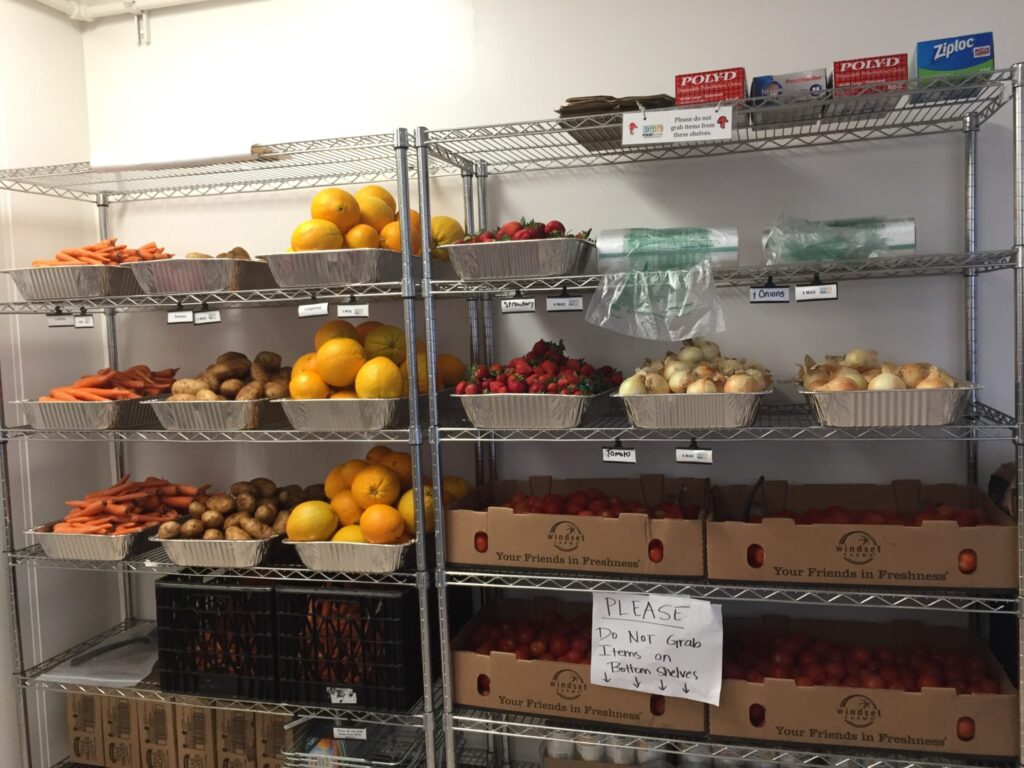 The A.S. Food Bank reopened this Wednesday after its two-month-long renovation. The food bank can be located on rrom 3167 of the third floor of the UCen. Ali Garfield/Daily Nexus

“When you get in here, take a good look; notice all the details that we have everywhere. It’s a really great community. I’ve been here for one week, and I already feel like I’ve been here for a year, because that’s how welcoming [the staff] is,” Ortiz said.

Chancellor Henry T. Yang attended the opening ceremony along with Sue Hawkins, director of UCen Dining Services, and students who work with the organization. The event took place outside of the food bank, which is located on the third floor of the UCen.

The renovation turned the neighboring study space into a lobby and provided more room for food storage. As the Nexus previously reported in April, the total cost of the remodeling was $46,134.98.

The majority of the funding came from the UCSB Food Security Task Force, the A.S. Environmental Affairs Board and the A.S. Food Bank budget. However, $11,259.98 came directly from A.S. funds.

Former A.S. President Austin Hechler, who has been involved in the renovation since it was brought to A.S., spoke at the opening ceremony about how UC Santa Barbara continues to lead the fight against food insecurity for the entire UC system.

Hechler also commented that it’s “truly remarkable” how preeminent the food bank is.

Breanna Jones, A.S. Food Bank Committee chair and fourth-year English and film studies double major, spoke at the opening about the space’s importance to students and her hopes that the larger area will better serve its clients.

“Moving forward, I really want the space to be a place where people come and feel welcome no matter what,” Jones said. “Hopefully through that we can destigmatize the notion of being food insecure.”

“I think what the food bank represents is inclusive community. It’s literally for everybody, every student: undergraduate, graduate student — and whether you’re using the food bank or volunteering to help the committee or help in the food bank, there’s a role for everyone,” he said.

Jones said the pantry used to get upwards of 70 people crammed into one tight area, and the renovation has brought a “relief in space” that’s helped bring a “better vibe.” She hopes that it will help to further address the issue of food insecurity.

“We have more room for storing food, which is great because now we have more options for students and can service more students,” Kathy Lopez, student coordinator for the project, said. 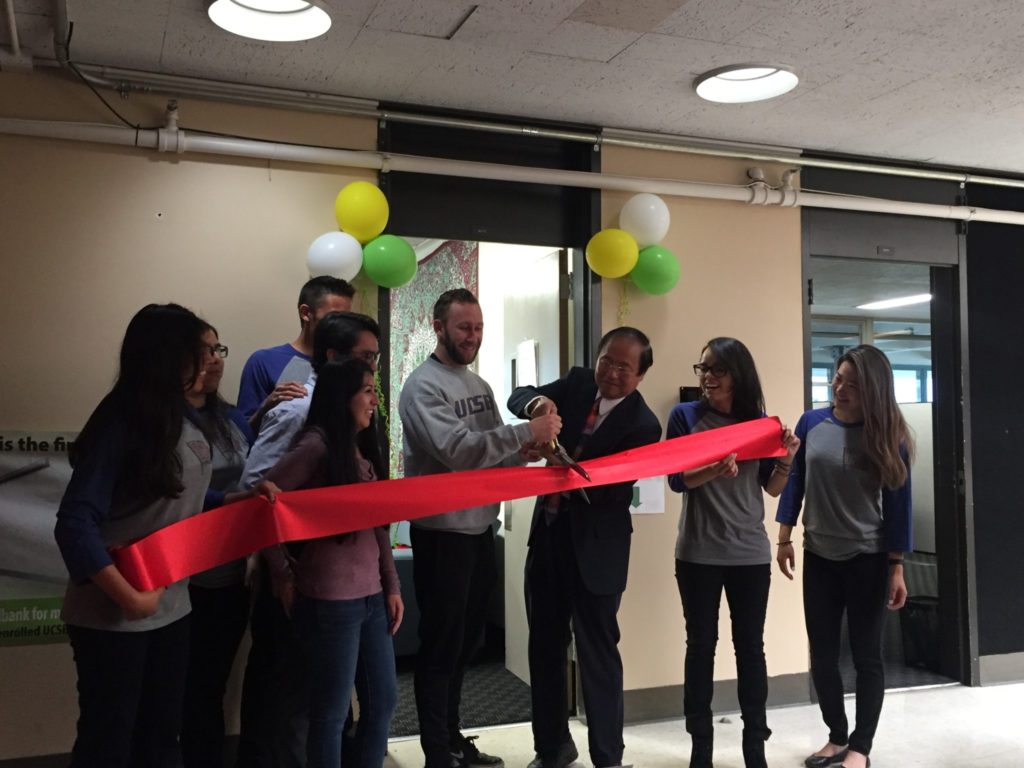 Lopez also stated that the bigger lobby, which helps navigate the operations of the pantry, aims to make students feel welcomed and for the community to have this as a safe.

As for what’s next for the A.S. Food Bank, there seems to be a consensus among all staffers: refrigeration.

Marquardt said if the food bank can get refrigeration, it can serve more food and more complete meals to students. He said the food bank plans to reduce food waste on campus by recovering food from dining establishments.

“We actually have people working on food recovery, and they are ready to recover food from dining commons [and] from the UCen that would be donated here, but we just aren’t ready to have it, because we don’t have refrigeration,” he said.

Executive director of A.S. Marisela Márquez said she remembers that up until 1995, A.S. was located in the area now occupied by the food bank.

“This literally comes full circle, and it has always been the spirit of students before, during and after. The students have built a whole new culture of destigmatizing the need for being secure of where your next meal is going to come from,” she said.