“Pirates of the Caribbean: Dead Men Tell No Tales” is not a good movie.

It has a few enjoyable moments collectively outweighed by a great stone of condensed stupidity. It has been painful seeing the decline of this once-proud (and actually fun) series, but at this point, it’s getting ridiculous.

The film takes place 20-ish years after “At World’s End.” Henry Turner (Brenton Thwaites), son of Will Turner, is looking for the Trident of Poseidon in order to free Will from captainhood of the Flying Dutchman. The Trident, conveniently enough, has the power to break any curse. So Henry goes looking for Jack Sparrow in the hopes of recruiting his help and runs into the scientifically inclined Carina, whom he swears he is not in love with. Gee, I wonder whether or not they’ll end up together.

The greatest of this movie’s many sins is the fact that it’s first act is absolutely drowned in hackneyed exposition. The movie lets the principle of “show, don’t tell” walk the plank and proceeds to have every single one of its characters tell you outright who they are, what they want and what their skills are. “I’ve been studying all known curses for years,” Henry Turner tells his captain before committing mutiny 10 seconds later. No sooner is he thrown in the brig than a cellmate picks up a conveniently placed poster of Jack Sparrow and tells Henry that Sparrow has been buried in an unmarked grave. Thanks for the useless info that has zero bearing on the story, random stranger.

This continual spoon-feeding of information never lets up for the rest of the movie. For instance, the not-at-all-intimidating, impossible to understand and interesting-as-dirt villain Captain Salazar narrates an extended flashback scene about how he was outwitted by Jack Sparrow. As it concludes with showing us when Salazar was cursed and imprisoned in the Devil’s Triangle, there is nary an explanation as to how or why, other than, “Oh, it’s called the Devil’s Triangle. So it’s cursed.”

“Dead Men Tell No Tales” thinks you are very, very stupid. It believes you are not capable of deducing why characters might want to accomplish their goals. And when they are accomplishing those goals, the characters will go out and say, “We are accomplishing our goals!” just in case you didn’t already get it, you moron.

Which, by the way, is exactly what Jack has been reduced to. All the cunning and guile he once had is replaced with a bumbling, drunken, abject idiocy and selfishness that makes him more annoying than likable. Jack has no goal in the movie, nothing to reach for. He is just getting dragged along for the ride, much as we are. The only time I felt any connection with him was when I shared his confusion when he woke up to discover that he was being married off to a horrendously disgusting woman that the movie wants you to know is horrendously disgusting so much because it doesn’t believe that you’ll figure out that Jack finds her horrendously disgusting. Where the hell did this scene come from and how exactly is it significant? Anyone? Anyone? Bueller?

Unfortunately, Barbossa receives the same treatment. A once-threatening villain has been thoroughly declawed, all for the sake of the movie delivering even more exposition to tell us that he had a past romance, which does not mesh well with the way he has acted in the past films. Salazar is unable to fill in the void that has been left behind, as he sounds too goofy and looks too artificial to have any menace. He falls far short when compared to the Barbossa of yore and the tragic Davy Jones. We are left with a villain who comes across as even more cartoony than the abundant CGI scenery. 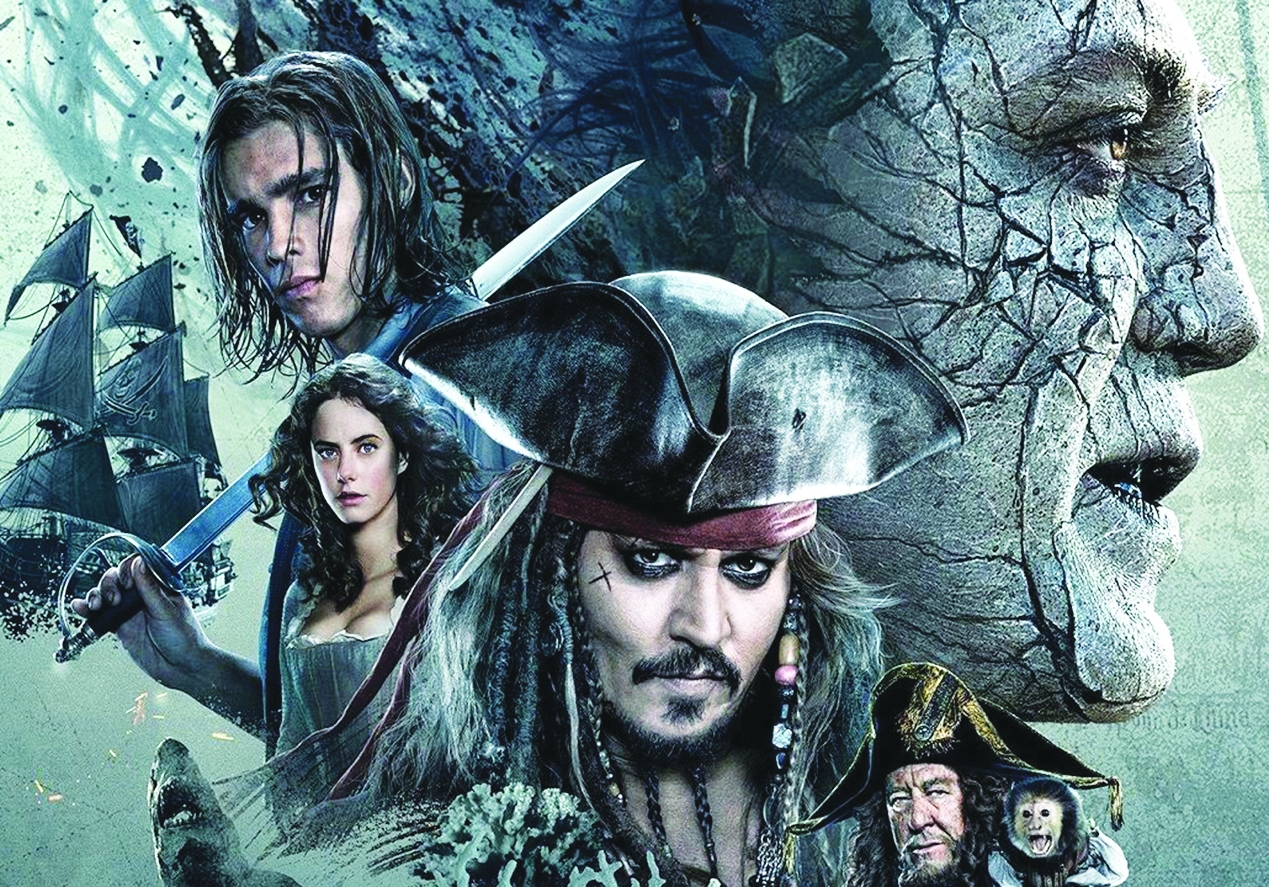 While we are on the subject of mismanaged characters, Orlando Bloom is completely wasted as Will Turner. All he is there for is to serve as a bookend for the movie and a goal for Henry to strive for. Considering the excited whispers I heard during the Thursday night premiere, I have no qualms about calling him fan-service either (although he comes nowhere close to being so than another actress who will go unnamed for spoiler’s sake).

Kaya Scodelario as Carina is as close as the movie gets to having a fun, likeable lead. Her silly romance with Henry aside, she is confident and resourceful, easily able to hold her own against the rest of the crude pirates she comes across. So it’s a shame she’s used as a plot device to further Barbossa’s character, because she was doing so fine on her own until then.

All these characters and plot threads eventually coalesce in a climax that ultimately just comes across as far too convenient for its own good. It doesn’t even matter anyway because the film already peaked with its first silly but fun chase scene back in act one. But you probably won’t even realize this, because at this point the movie has crammed so many special effects, bright lights and poorly lit, seizure-inducing action scenes that your already-dulled brain will be fried to a crisp.

Who wrote this thing? Jeff who? Wait, he’s an alumnus? And he wrote for the Nexus?

Avery MacGuire has gone into hiding and shall not be writing any more film reviews for the foreseeable future.