The director of the American Civil Liberties Union (ACLU) of Southern California, Ahilan Arulanantham, spoke Thursday night at the MultiCultural Center about immigrant rights and the role the ACLU has in assuming immigration cases. 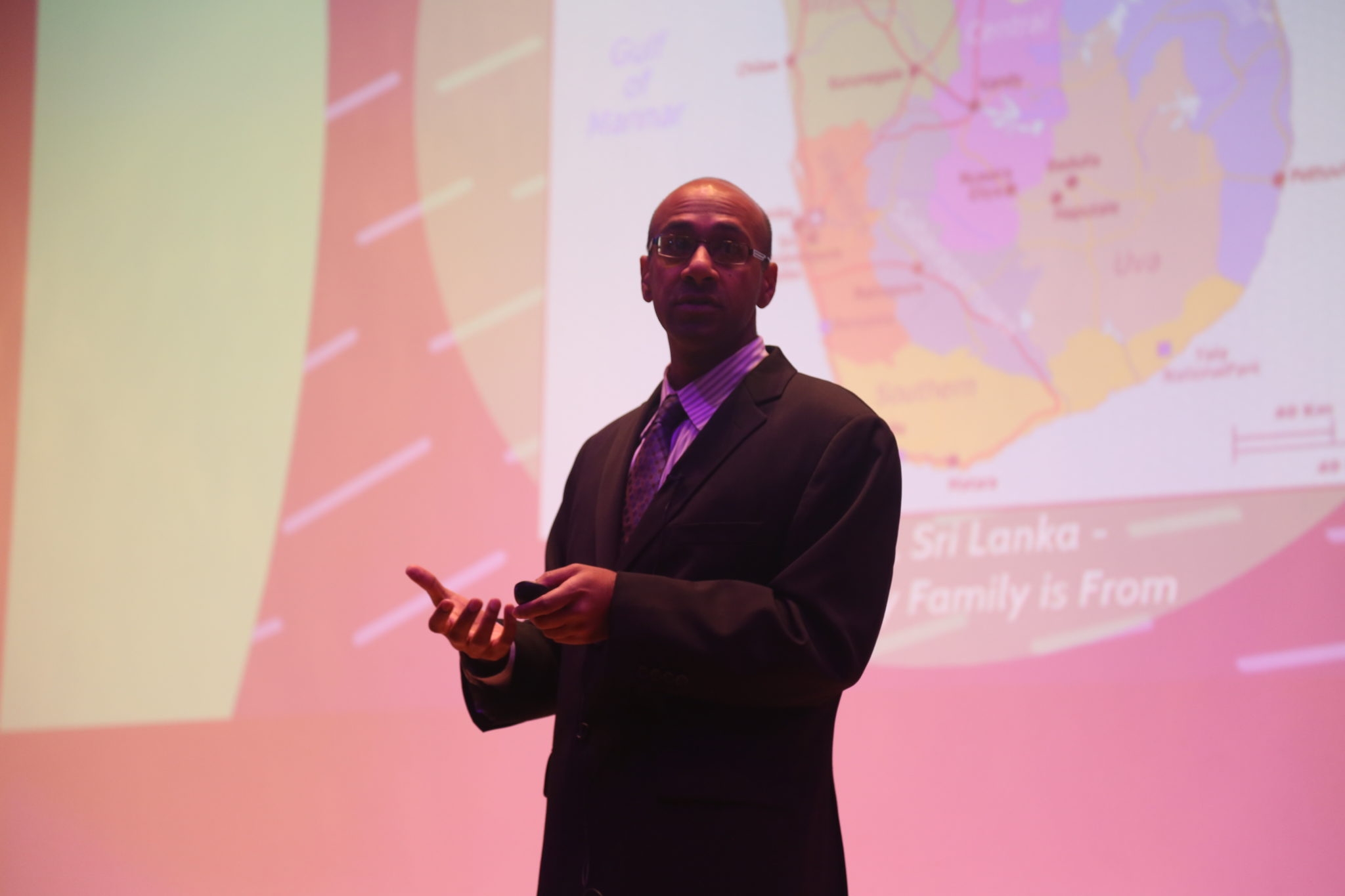 The talk was part of the Spring 2017 portion of the MCC’s “Diversity Lecture” series. The series, in its 11th year, aims to bring in esteemed scholars and academics who are working on issues of prejudice to talk with UC Santa Barbara students and share their insights.

Arulanantham said as a child, he was most influenced by the plight of his cousins, who also came to the United States as refugees when Arulanantham was 10. He recalls his parents telling him and his brother about problems in Sri Lanka and how his cousins will be staying with his family for a while.

“And it turned out that they ended up staying for years,” Arulanantham said. “I got displaced from the middle room to the corner room; [for] my cousins, their whole world was upended. They got displaced and sent to a country in the other side of the world.”

Arulanantham studied at Georgetown University, Oxford University and Yale University, where he got his law degree. His first job out of college was with the ACLU in New York, and he was heading to work one day when two planes hit the World Trade Center on Sept. 11, 2001. Unbeknownst to him at the time, the event would impact his career and his life dramatically.

“It turned out — being a lawyer whose job it was to work with the detained immigrants and refugees in this area — I ended up learning that there were about a thousand people who were detained just over the course of that first few months after the attacks right in the New York and New Jersey areas,” Arulanantham said.

Arulanantham said his favorite experience as a lawyer was when he successfully fought for Ahilan Nadarajah’s freedom. Nadarajah was a fellow Sri Lankan seeking asylum who was detained by the U.S. government due to suspected ties to the Tamil Tigers, a terrorist organization based in northeastern Sri Lanka. Nadarajah had been detained before the events of Sept. 11, 2001, but the attacks compounded his situation. 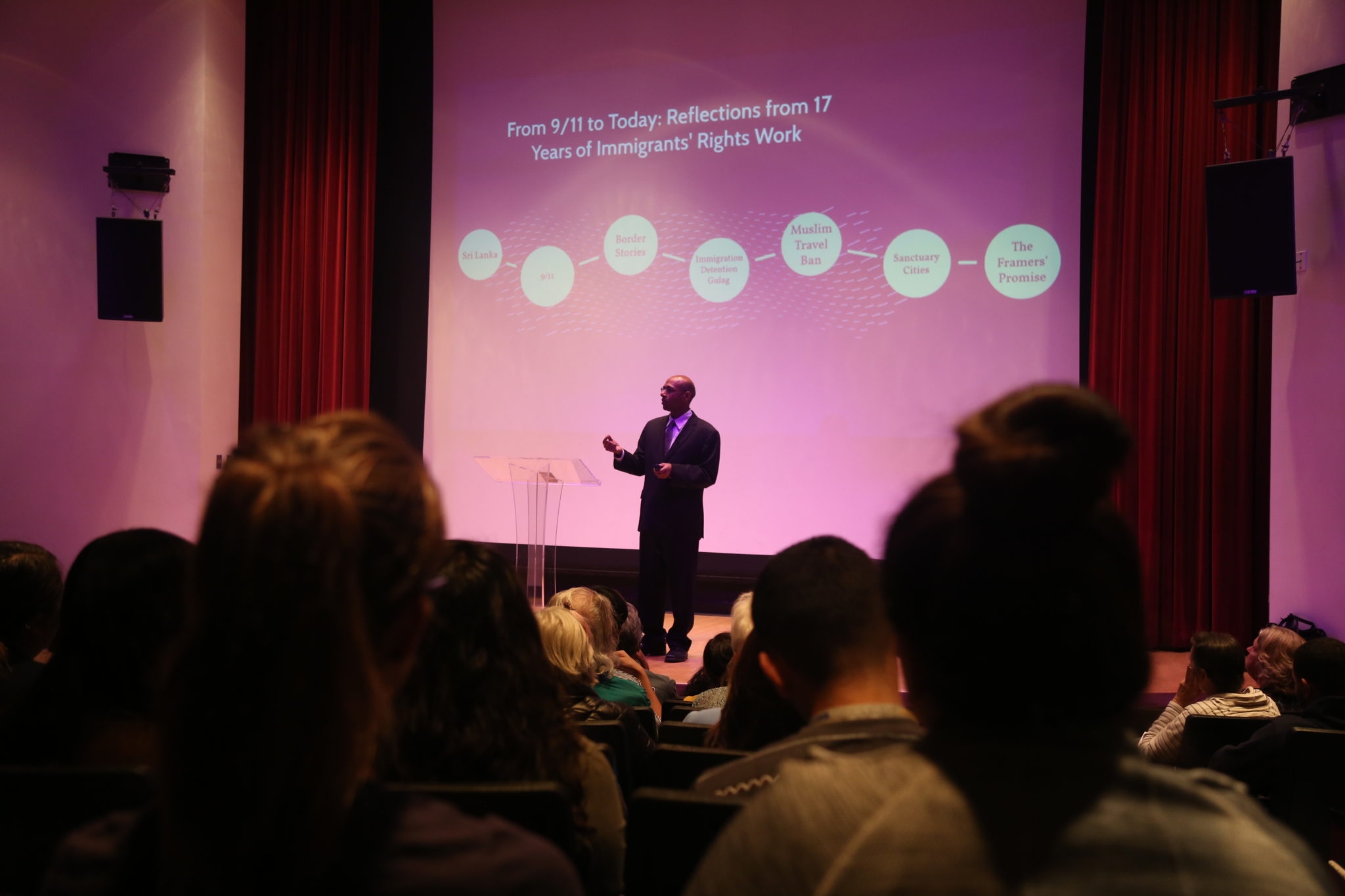 “I have to say that the day we actually got him out is still, to this day, one of the best days of my life,” Arulanantham said. “You know that sweet feeling that you get when you can give somebody fairness, when you give them the freedom they deserve … It is a remarkable, remarkable kind of thing.”

From there on, Arulanantham and the ACLU used Nadarajah’s case as a precedent for other similar immigration cases.
The most recent turning point in Arulanantham’s career as an immigration lawyer was President Donald Trump’s travel ban. He was in Los Angeles when the ban went into effect and went to the airport to help those who were stranded there.

“There were something like 3,000 people in LAX,” Arulanantham said. “Protesters of every race, every religion, just everybody all unhappy about the fact that our country had started to treat people all the same just based on their religion and national origin.”

Arulanantham wrapped up his talk by giving a call to action. He spoke about America’s founding promise, as outlined in the Fifth Amendment, that no person shall be deprived of life, liberty or property without due process of the law, a promise he thinks has so far gone unfulfilled.

“So my last pitch to you, really, is that as you go out into the world, do great things,” Arulanantham said. “Think about whether you want to be part of that in any way, big or small … this promise is something you too can help make real.”