ScHoolboy kicked off his performance with the track “Gangsta” from his 2014 LP, Oxymoron. The crowd collectively jumped in relief after a suspenseful intermission as Q infiltrated the stage. Midway through the track, ScHoolboy reached his microphone out toward the crowd, seemingly under the impression that the audience would recite lyrics back to him.

Despite the artist’s expectations, the crowd didn’t reciprocate, and instead, ScHoolboy suffered an awkward lapse of silence. Q was visibly dissatisfied with this outcome, judging by the swift rate at which his facial expression and body movement fell flat. After closing the track out, the rapper expressed his feelings about UCSB’s presence.

“UC Santa Barbara, what the fuck is up right now?” he exclaimed. “So look, I’mma let the record reflect right now, I done did mad college shows. And this is by far, one song already in, this is already the most boringest college show I done all year.” It isn’t too often that an audience gets directly confronted about being boring, and the gesture certainly invoked the crowd’s attention.

The startled audience reacted to ScHoolboy’s anecdote with more energy, but, a quiet crowd does somewhat make sense. ScHoolboy Q is popular, but not necessarily a household name like his TDE counterpart Kendrick Lamar, for example. Most attendees didn’t know every lyric and detail of his music, and the event had elapsed for north of five hours prior to his set. Hence, a fatigued crowd is understandable, and an audience that lacks familiarity with the event’s headliner isn’t catastrophic. So, is ScHoolboy’s response justified? 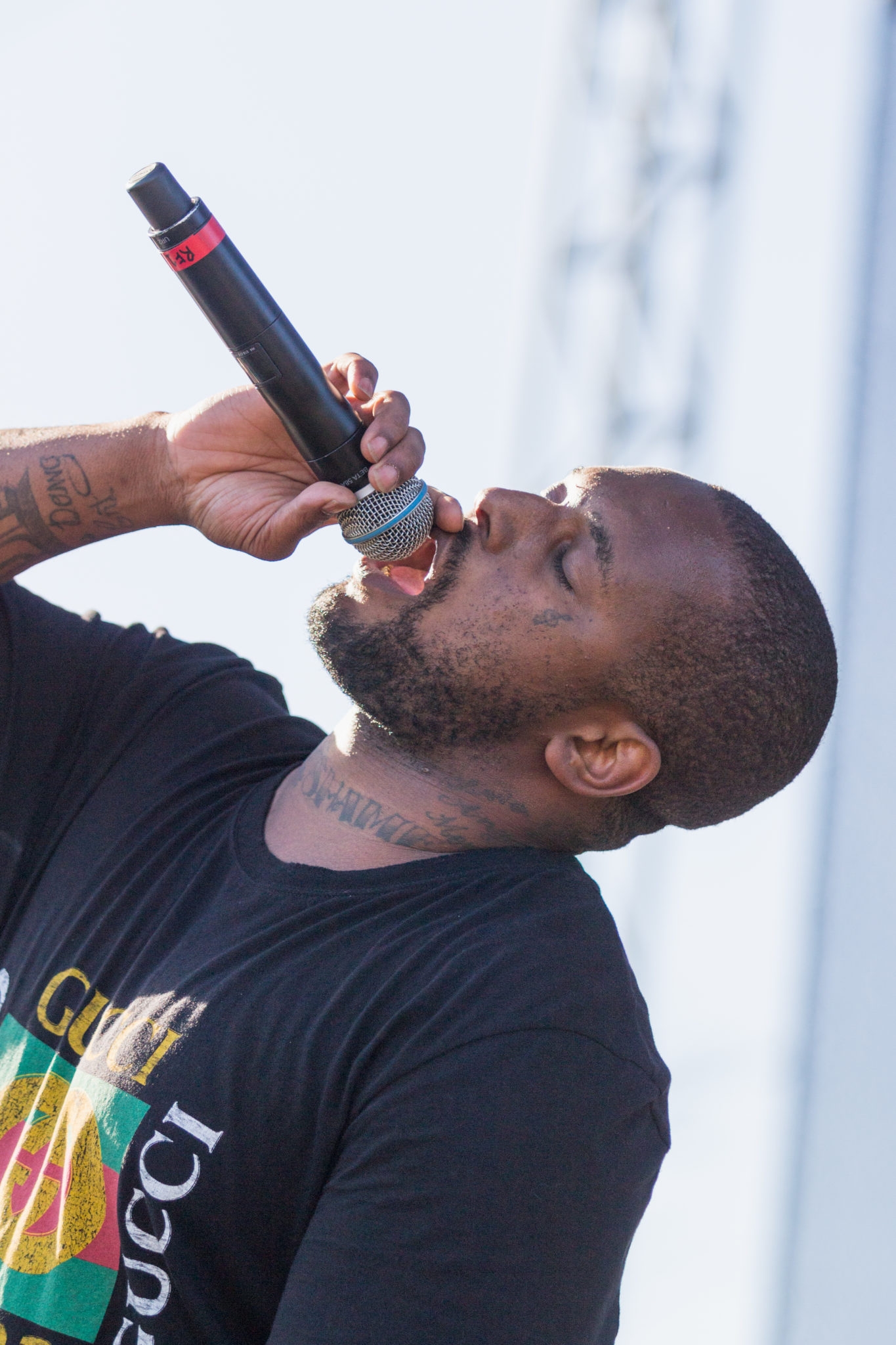 “I thought ScHoolboy Q was good because he tried to get us [the crowd] more involved when he saw that our involvement wasn’t at the level it could have been.” Carlos Ruvalcaba, a first-year Communication major on Q’s performance. Although some may have found ScHoolboy’s demeanor to be insulting, there are positive aspects at hand.

His approach surely energized the crowd, at least to a degree. And at the end of the show the rapper expressed a change in opinion. Wrapping up the set, ScHoolboy gestured to the crowd and revised his previous position. “Yo, actually it wasn’t the worst college show I done, I done way worse than this. This shit was kind of fun.”

His compliment, if one could call it that, was back-handed–but this is who ScHoolboy Q is. His behavior isn’t out of character, and it certainly plays into the persona that has been crafted over the artist’s career. That is, ScHoolboy Q portrays himself as gritty, intoxicated, and carefree. Perhaps the negative response he garnered derives from unfamiliarity with his persona, or maybe the artist is genuinely blunt to the extent at which it diminished the experience for those who attended the show.

In any event, ScHoolboy Q’s polarizing performance, accompanied by a breadth of student reactions inarguably made for a provocative act at Extravaganza. To some, his set was a source of dissatisfaction; though, considering ScHoolboy’s words, these feelings may be mutual.