The Daily Nexus
News
Legacies Not Lost: Memorial Scholarships Carry on Dreams of I.V. Shooting Victims
May 25, 2017 at 12:36 am by Maura Fox

As the tragedy of May 23, 2014 reminds the UC Santa Barbara community and families of those lost, the memorial scholarships designed to commemorate the six victims allow the students’ legacies to carry on through fellow students.

“[The recipients] are student leaders who have shown a deep commitment to their education and who have made an impact on our UC Santa Barbara campus and in neighboring Isla Vista,” Yang said in a statement. 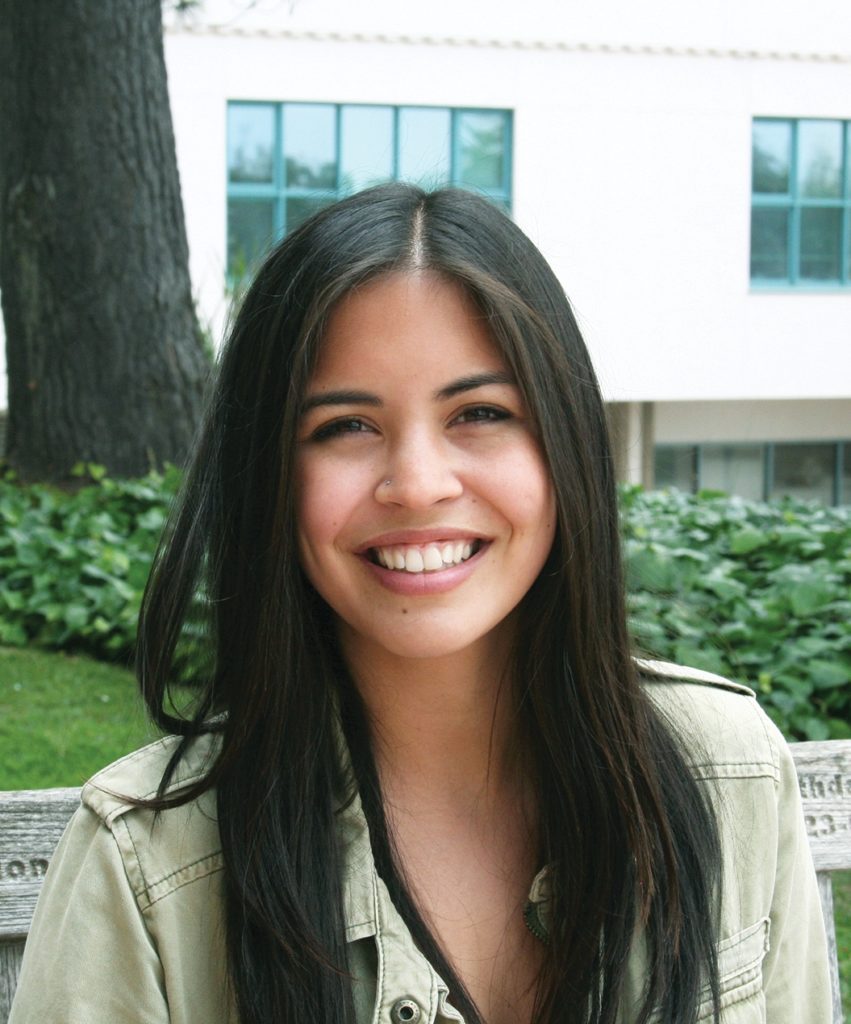 Chen studied computer science in the College of Engineering. He worked as a YMCA camp counselor and enjoyed spending time with children.

Cabansag has maintained a strong level of engagement at UCSB, working as a peer advisor for academic advising, a tutor for C.L.A.S. and local elementary schools and with the Division of Student Affairs and the Educational Opportunity Program.

A graduating senior, Cabansag said she will attend Syracuse University in the fall to pursue a master’s degree in higher and postsecondary education. 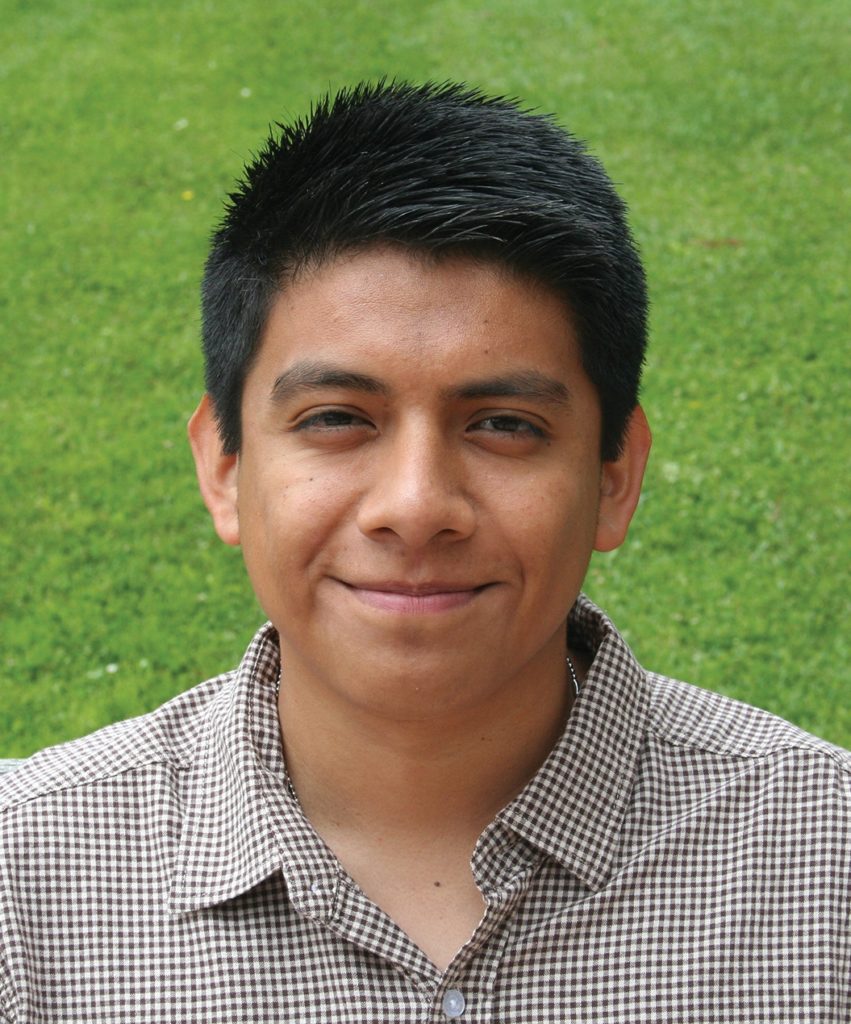 Francisco Olvera, a third-year English major, was the recipient of the Christopher Michaels-Martinez Memorial Scholarship for his achievements in the English department. Josh Ortiz/Daily Nexus

Francisco Olvera, third-year English major, received the Christopher Michaels-Martinez Memorial Scholarship for his academic achievements in the English department. He said his father was the first person he told about the scholarship.

Michaels-Martinez was an English major who planned to study abroad in London during his third year at UCSB.

In the English department, Olvera focuses his studies on multi-ethnic fiction and racial, ethnic and cultural elements in literature. He said he hopes to one day become a professor so he can continue exploring multi-ethnic and multicultural themes in 20th-century American literature.

Olvera was not a student at UCSB when the tragedy occurred in 2014, but he said he is honored to contribute to the legacy of Michaels-Martinez, who also hoped to inspire social change through writing.

“You want to look at it in a positive light,” Olvera said. 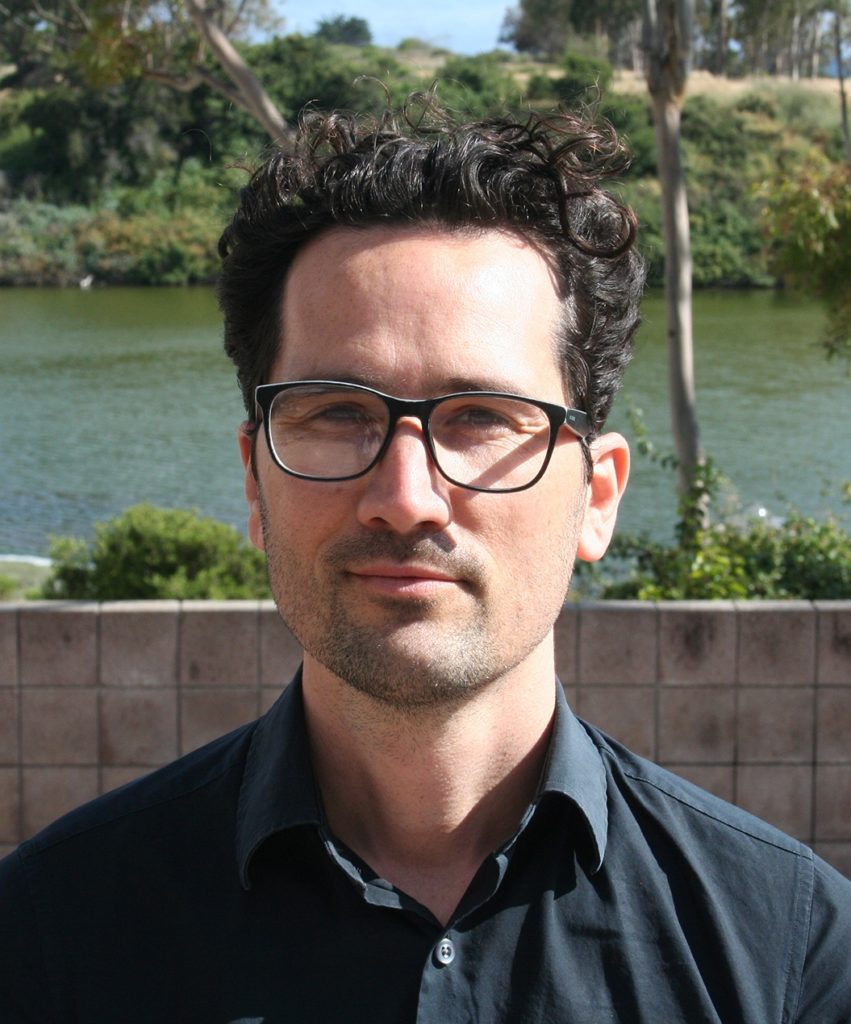 Luke Janes, a graduate student in the psychology department, is the recipient of the James Hong Memorial Scholarship.

Hong studied computer engineering while at UCSB and spent his time volunteering at the Rainbow Chinese School in Cupertino.

“He seemed like a really smart and kind and unique guy, so there’s nothing I can do that would match losing him,” Janes said.

Janes said the scholarship is a “heavy honor,” and he hopes through his own research in psychology he can help change the way society handles issues of sexual assault, depression and isolation and patriarchal standards.

“It was such a painful event, but it’s an event that really increases the consciousness around what we need to do as a community,” Janes said. 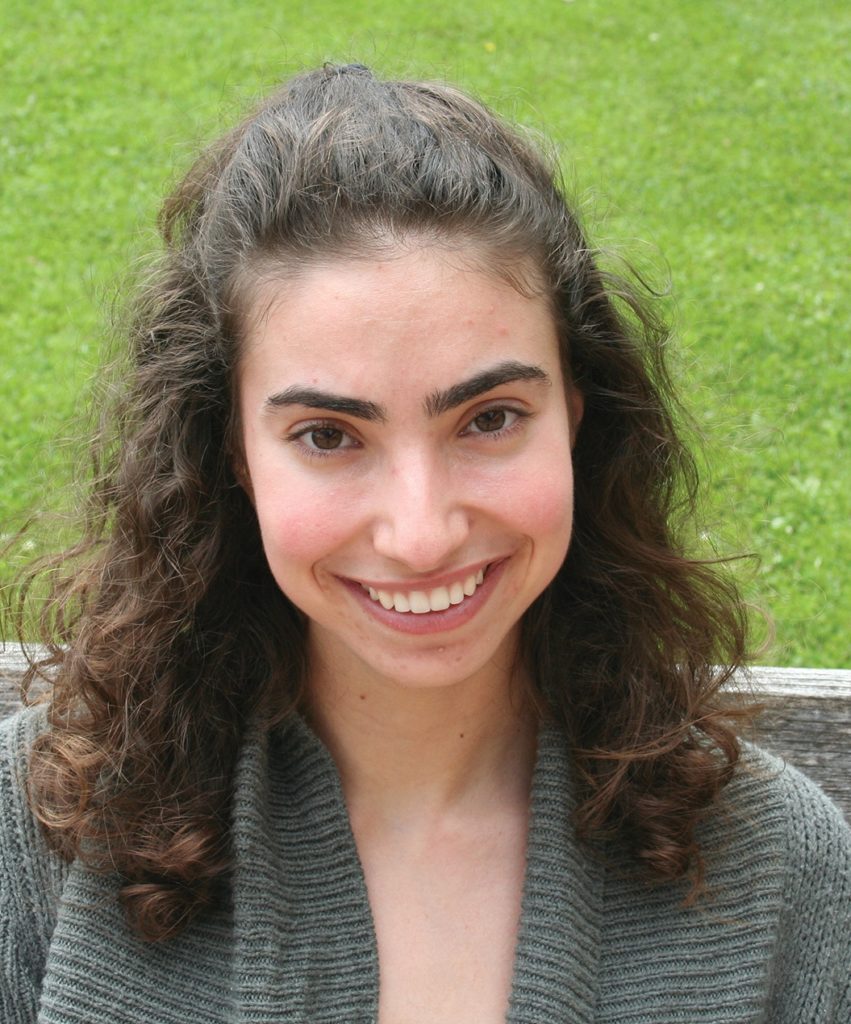 Cooper was an art history and classics double major and member of the Tri Delta sorority. Her friends described her as “radiant” and passionate about dance.

Dajani said although she was not a student at UCSB at the time of the tragedy, she has recognized and felt how the community has “come back stronger.”

“It does mean a lot to be connected to this person through the scholarship and that I can, in living, still be a reminder of this person,” Dajani said. 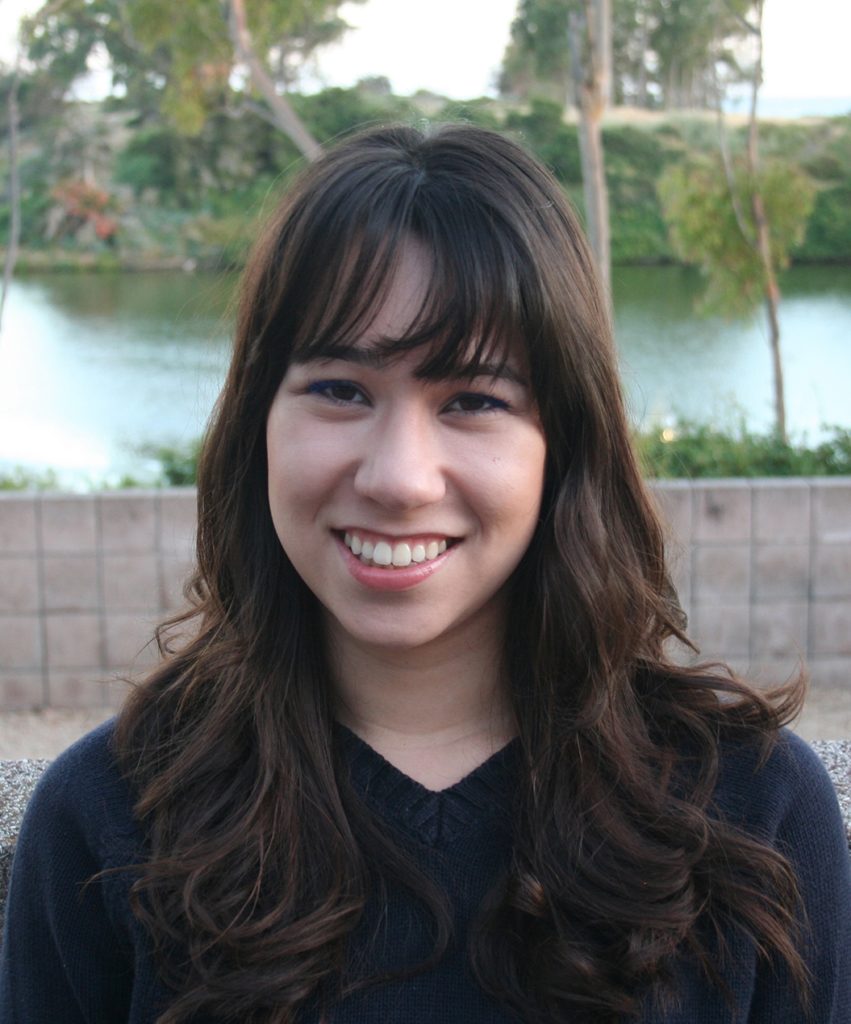 Samantha Stopol, a third-year economics major and recipient of the David Wang Memorial Scholarship, said she sees the scholarship as a “second chance at life.”

Stopol was in a car accident prior to receiving the scholarship and suffered severe injuries. Holding leadership positions in the Gamma Phi Beta sorority and being a member of Real Life, a Christian student organization, she said she believes the accident and scholarship were God’s ways of telling her to slow down in life.

Wang studied computer engineering while at UCSB and was active within his Christian community.

“I do think about him a lot,” Stopol said, adding that she wants to use her own faith to continue Wang’s legacy.

She will be studying abroad next Winter and Spring Quarters in Chile and hopes to participate in Christian ministry work while there. 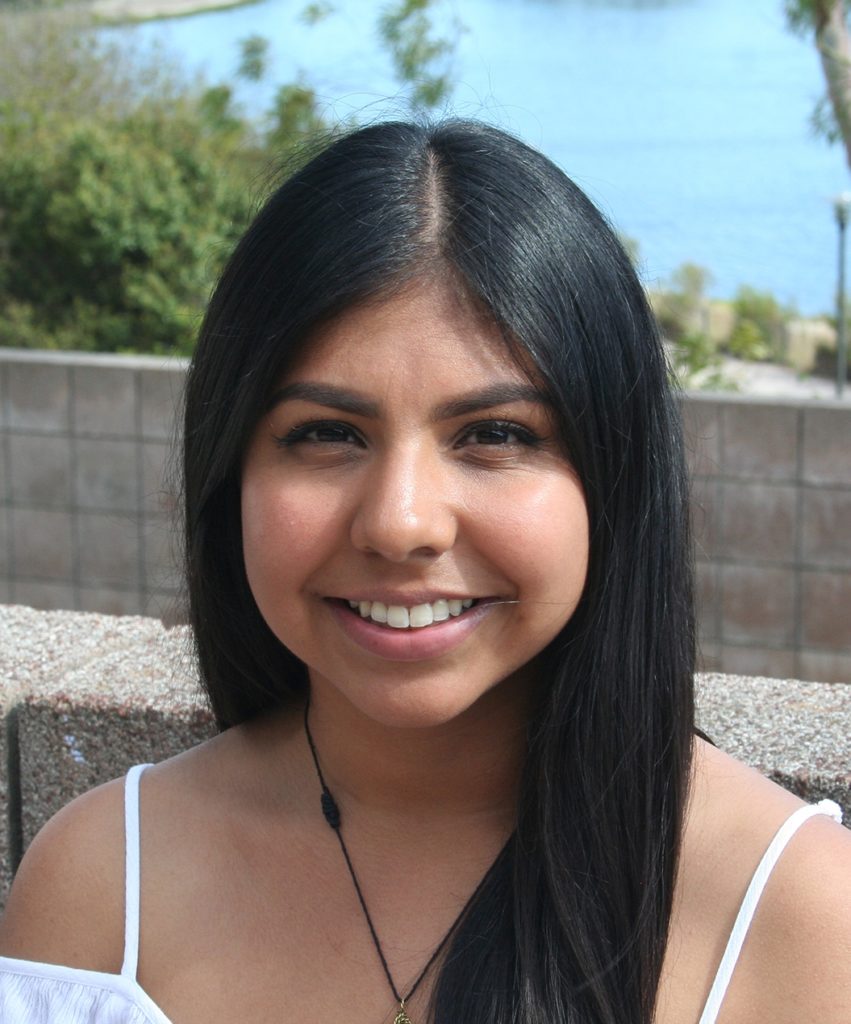 Paola Dela Cruz is a fourth-year history of public policy major and recipient of the Veronika Weiss Memorial Scholarship.

Weiss was a pre-financial mathematics and statistics major and a member of the Tri Delta sorority. Friends said she was outgoing and wanted to be friends with everyone.

Dela Cruz has been actively involved on campus and in Isla Vista since she arrived at UCSB, serving as an Associated Students senator and external vice president of local affairs. She said she has immersed herself in the I.V. community through her work in improving safety and bridging A.S. with under-recognized communities.

“I very much try to honor the work that’s been done before me and always try to be honest and genuine in any relationship I’m building with any person or organization,” Dela Cruz said.

Weiss would be graduating this June, and Dela Cruz said she is grateful for the opportunity to empathize with the parents and continue activist work in the memory of their daughter.

“Their daughter would have been graduating with me, and so part of this memorial scholarship means I am sharing this graduation moment with and in the legacy of Veronika Weiss,” Dela Cruz said.

Cabansag and Dela Cruz noted the significance of receiving the scholarships as fourth-year students.

“Me and my class are the last group of people here to experience the tragedy first-hand,” Cabansag said. “I remember that night like the back of my hand; it’s something I’ll never forget.”

The lives of Chen, Michaels-Martinez, Hong, Cooper, Wang and Weiss will be remembered through the scholarships that bear their names. Each passing year, UCSB and I.V. will continue to heal through the memory of the students and their impact on the community.

“Our memorial scholarships commemorate the lives and the spirit of each of the students who were lost to us and help ensure that their legacies live on through future students,” Yang said in a statement.