Since the tragedy that took place May 23, 2014, a common thing to see once May comes are blue lights. These blue lights that illuminate Isla Vista have come to symbolize solidarity through the student-led organization Blunite.

Initially these lights were set up by UCSB art students in order to pay tribute to the victims lost in the spring of 2015. These students were participated in the I.V. OpenLab course taught by professor Kim Yasuda.

Yasuda brought up the idea to her students in the fall of 2015 after noticing the lack of lighting in I.V. She was also influenced by media arts professor Marcos Novak’s LED lighting in Pardall Tunnel.

The goal behind a lighting project was for it to serve as an illuminated bridge between the campus and the community.

Using art as a way to connect has been a long-time passion for Yasuda, but it was only the aftermath of a tragedy that ignited the project and gave her the idea to unify by light.

Through this project, Blunite, was formed by Yasuda’s students in response to the Isla Vista tragedy. Blunite creates community art installations and events centered around blue light as a symbol of unity and community healing. They focus on encouraging unity and hope in Isla Vista and beyond. 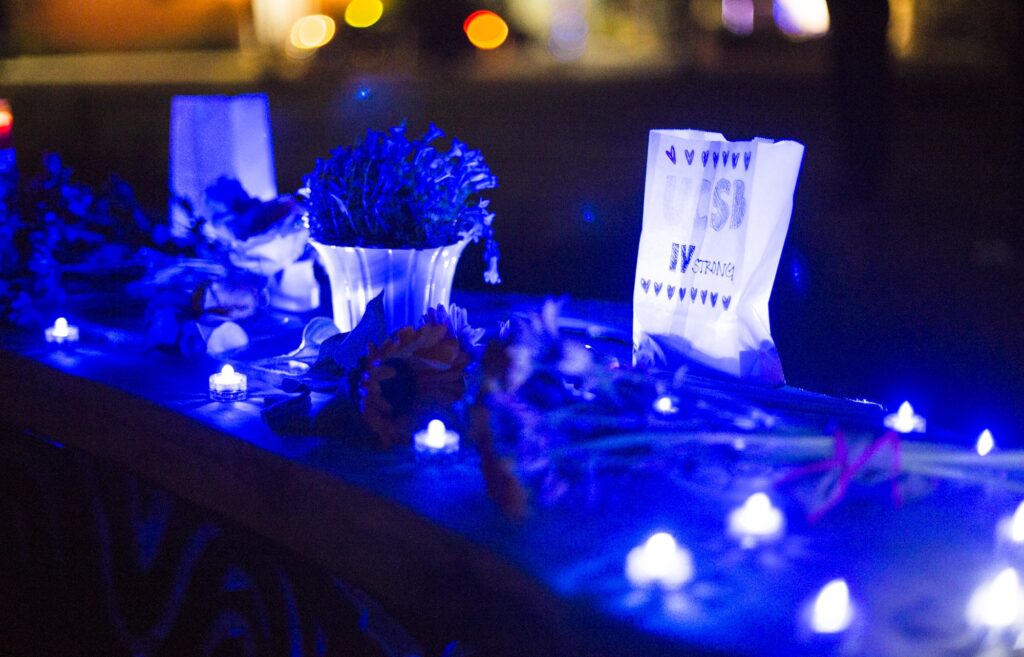 Using the blue LED as a symbol, which was inspired by the blue LED invented by Nobel Laureate and UCSB professor Shuji Nakamura, Blunite focuses its efforts on getting the community involved in enacting a visual representation of shared love and support. The movement caught on quickly, with various levels of the community participating and showing support.

On May 23, 2015, UCSB held its first memorial service honoring the victims of the tragedy by adopting Blunite’s blue LED tea lights instead of the traditional candles. The picturesque pathway from UCSB’s Storke Tower to Isla Vista’s People’s Park was illuminated by more than 3,000 students and 5,000 tea lights. The success and recognition from the memorial event established Blunite as the symbol for healing and uniting the community through bright hope. The community response to Blunite in its first year was so overwhelmingly positive that it has now become an annual tradition.

Art majors Raphaella Faria and Madeline Berger lit up Isla Vista with the blue LEDs with the participation of local businesses, campus buildings and individual households.

Despite being on short time, Berger was able to get almost half of the restaurants in Isla Vista to participate in the project and managed to light up Isla Vista Theater and Embarcadero Hall.

Blue LEDs are also seen in the homes of students, who are encouraged to place the tea lights in windows and change the bulbs to blue ones or outline buildings in blue light. Blunite invites the community to join us in solidarity and in envisioning a bright future. 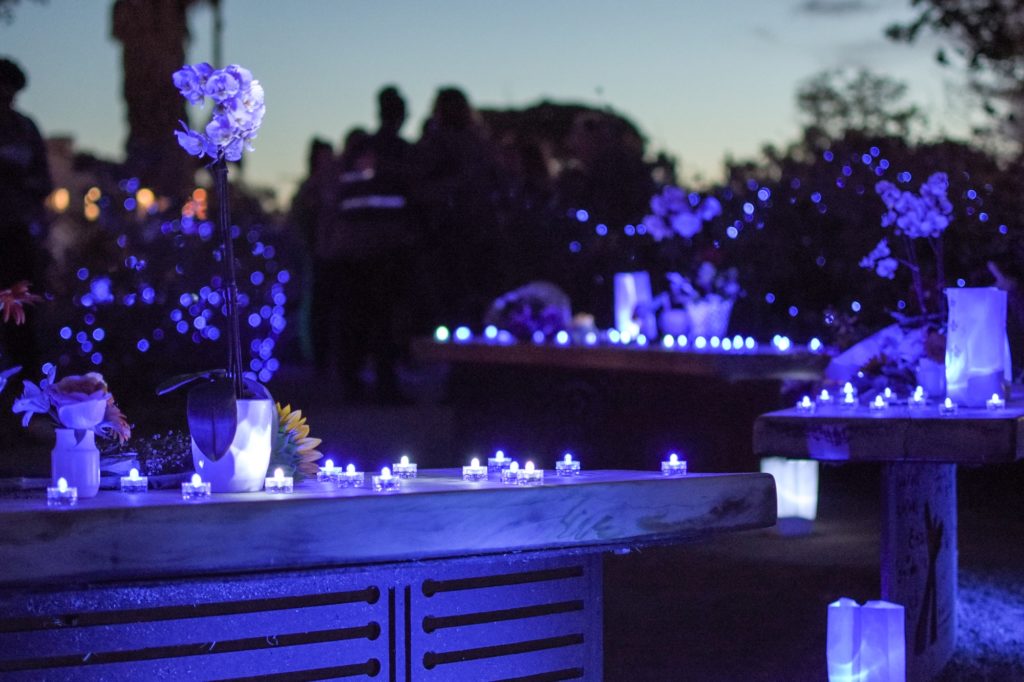 Blunite has evolved into more than just illuminating the I.V. community. They are actively trying to bring everyone together in positive and unifying ways. For example, they host an annual carnival that brings the student population and the families of Isla Vista together to celebrate the community we all share.

Blunite makes sure to honor the victims of the tragedy with a memorial event held to help heal the community and move it forward in a positive direction.

Past events hosted by Blunite include a large-scale light carnival that brought together over 2,500 students and families of Isla Vista, an all-day memorial event with therapy dogs and on-site counselors, art installations dedicated to the victims and their families, a 3,000-person tea-light vigil and a 1,500-bag illuminated pathway.