The Daily Nexus
On the Menu
What’s Become of I.V.? Local Business Owners Serve it Up
May 23, 2017 at 12:16 am by Marisa Ratchford and Tamari Dzotsenidze

The community of Isla Vista was rocked three years ago, and, for the most part, we as students have learned to cope with and mend these scars. It still is painful to remember, but it is something that we have grown from, but we’re not the only ones who’ve had to cope and move forward.

It’s easy to forget that the Isla Vista community extends beyond just the student population. An often overlooked part of our community is the businesses and their owners. Many of them are family-owned or alumni start-ups. The lifestream of Isla Vista lives in the buildings that keep the lights on late at night.

On The Menu walked around this past Saturday on a sunny afternoon to talk to the owners who worked in I.V. before and after the incident. We hoped to get their insight on the changes they have seen or have made personally in response to this community’s need for recovery.

Of course we knew that — it being a weekend — it was going to be difficult to get in touch with many of the owners. They are, after all, busy running restaurants that provide a lot of us in the community with the food that sometimes is the only source of comfort. Here are some words from the a few of these honorable community members. 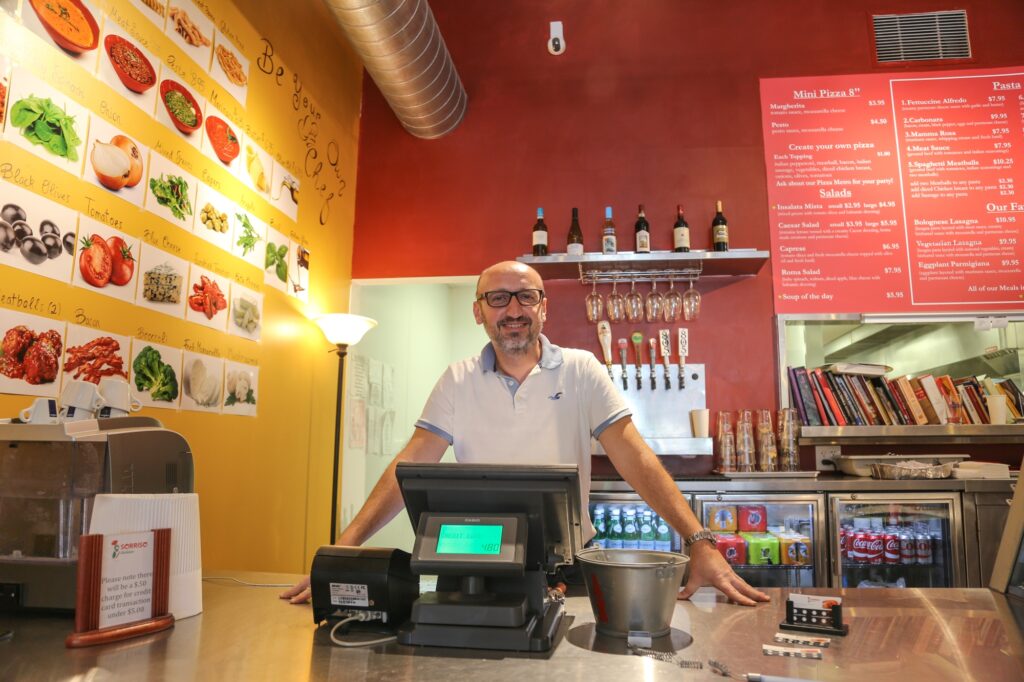 Walking into the newly redecorated Sorriso, Antonio Gerli stands at the front counter, smiling back at us. As the owner of this restaurant, he holds a very special place in my heart. One of my very early experiences training to become On The Menu’s editor was sitting down with this man days after an opinion piece about his restaurant blew up with comments to interview him for his article, “Antonio Explains All.” This experience shaped me as an editor, making sure that all voices are heard. To make the memory even more visceral, we sat at the exact same table in the exact same seats.

For many people, talking about the events of May 23 can be hard, but Gerli was willing to sit down and give us his insight. He starts off by sharing his experience on what he called a “terrible night.” He described hearing a boom that made him think of fireworks; he went to the doorway to see what was happening when he saw a police officer running toward Pardall in front of his business.

“He told me to ‘Go inside and lock it down.’ I was shocked; I had customers in the store,” Gerli explained.

Gerli had a lot to say about the changes that should have been made since the shooting.

As a strong advocate for gun control and regulation he exclaimed, “That is the problem. How can a person get a gun. In 1000 people, one is crazy.”

He discussed his belief that without fixing this problem the overall problem of gun violence cannot be solved.

However, in Gerli’s eyes, the community of Isla Vista itself has changed for the better.

“I think everyone moved to change to make the neighborhood safe,” he said. “Isla Vista grew; the community is more involved.”

Gerli mentioned the positive effects he has seen but talked about the physical things he wished would come to fruition.

“We need more lights,” he said. “In Isla Vista everyone walks; this is important.”

Speaking of lights, Gerli encourages the other business owners to continue to put out their blue lights in memoriam of the lives lost three years ago.

Gerli explained that as a business owner, he tries to “do better for the community … to have a good relationship with the customers.”

If he is as attentive with the customers as he is with the reporters, then I know he is succeeding. 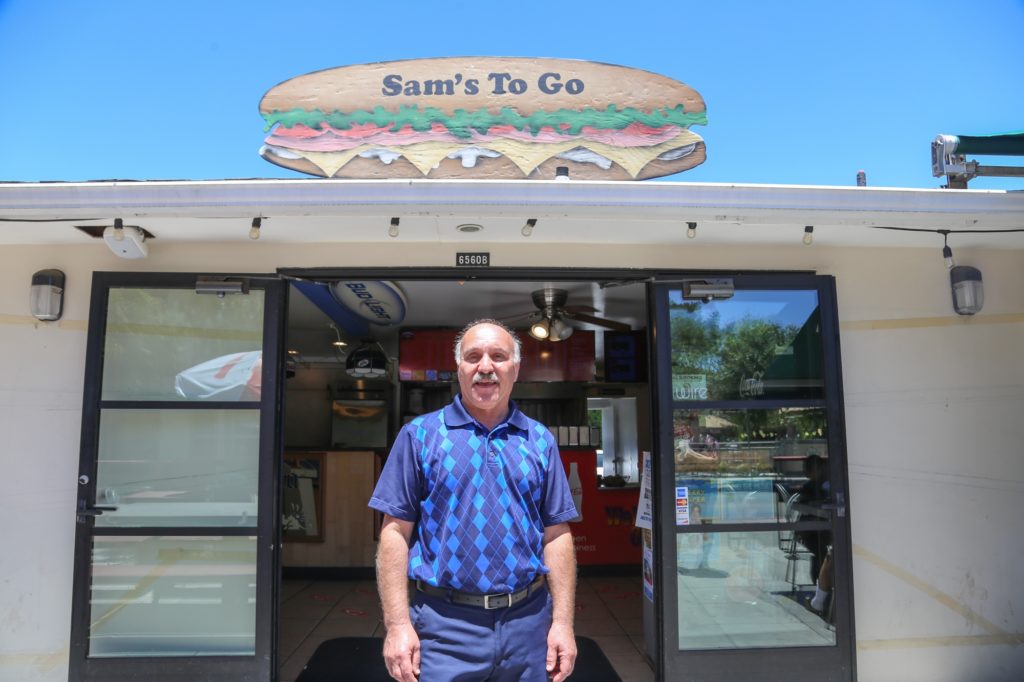 Next we went over to a great place to grab a beer and sub, Sam’s To Go, to speak with the owner, Mehrdad Homayouni. His restaurant has long been a favorite of mine and he remains very involved in it; it seems he is always working the counter and stacking my enormous sandwich with ease every time I come in. This past Saturday was no different. Homayouni stood behind the counter, all smiles, chatting with the patrons.

We asked him to discuss his views on the events of May 23 and their impact. Homayouni talked about the fact that he personally knew one of the victims as a favorite customer of his.

“Things like that can happen anywhere … We all tried to forget it,” he said.

Homayouni has a different approach to the events. He is more resigned to the ideas that this is an unfortunate reality everywhere.

“I don’t think anything really changed; hopefully they brought in more police,” he said.

Trying to have a positive outlook on life, Homayouni tries to stay involved in the community by offering his food for fundraisers with different campus organizations. He, along with many others impacted by the events, has internalized much of the change.

“It was hard for a while,” he extolled, “[but] people should be nice to each other to forget the bad things.” 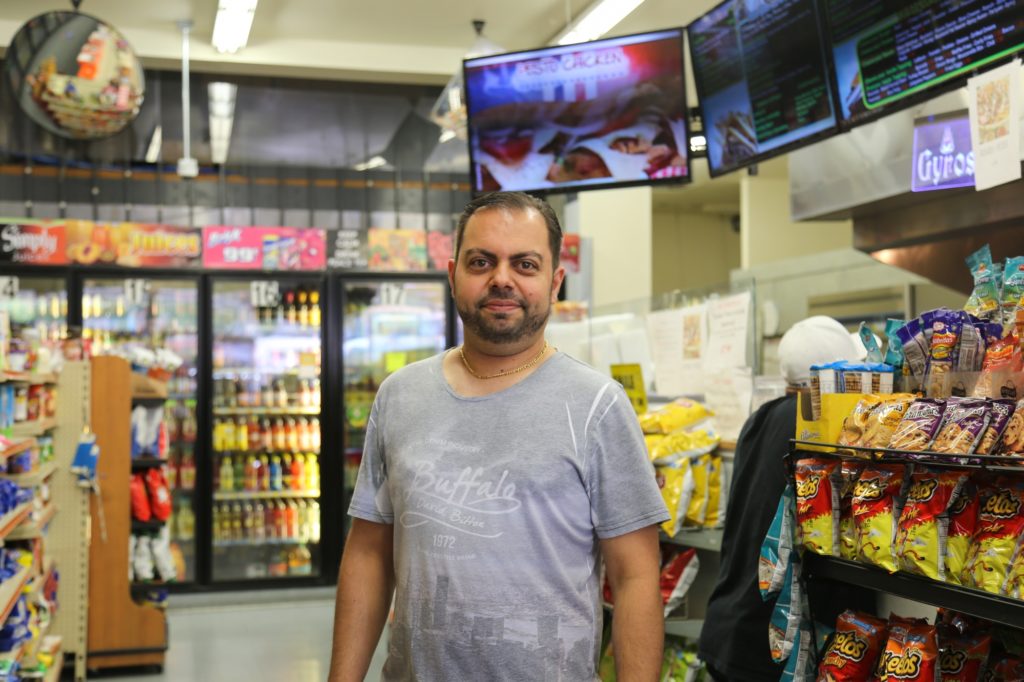 Our last stop was I.V. Deli Mart, a strong contender for the heart of Pardall — the same location where some of the unfortunate events of May 23 took place. We went in to talk to Michael Hassan, the laid-back owner of the deli and market about his perspective on the question.

Hassan walks over to the front of the store, casually eating a chicken tender with an eager smile on his face. We asked him about his thoughts on the changes he has seen in the past three years.

He remarked that he noticed more people getting together, but he also brought up an interesting point: With this sense of community growing there are also “more new people, [and] some of them don’t know [about the shooting].”

He says that Isla Vista is more united than before, but with the constant influx of younger generations taking the place of the ones that preceded them, he worries that the community will not remember its past and strive for a better future.

In regard to his own personal changes since the event and his outlook on the community, Hassan said, “I try to be a part of the community as much as I can.”

His desire to be involved has also pushed him to reach out beyond the walls of his deli.

“I wish we had something where all the businesses come together,” he said.

He said he tried to reach out to other business owners, and while they were all receptive, they ultimately lacked follow through in making change.

Hassan looks toward the future of Isla Vista with uncertainty. Even still, one thing that Hassan, Homayouni and Gerli can agree on as community members is that, as a united front, we thrive. They believe if anything positive has come from the tragedy three years ago, it is the growth in community that Isla Vista has seen.