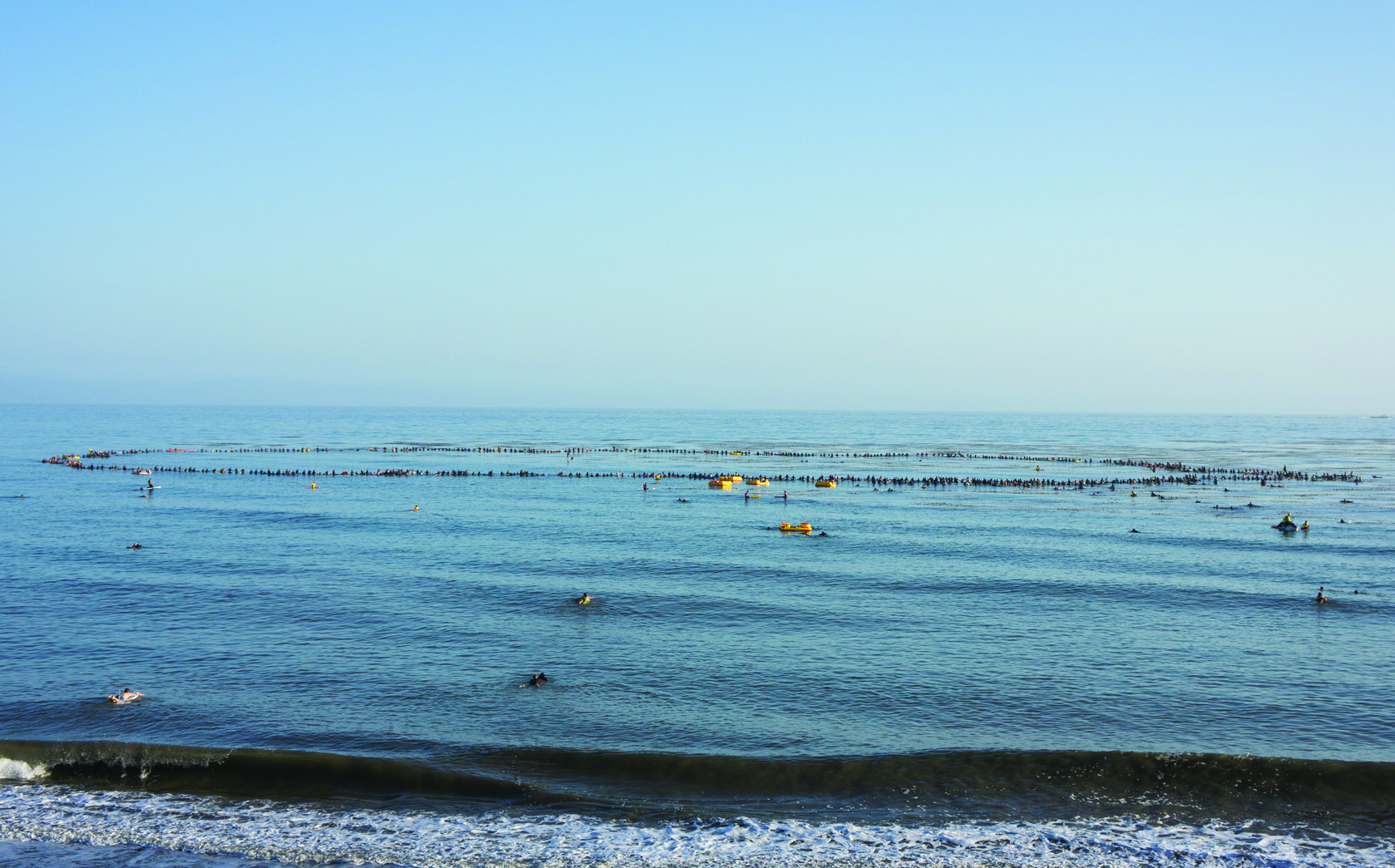 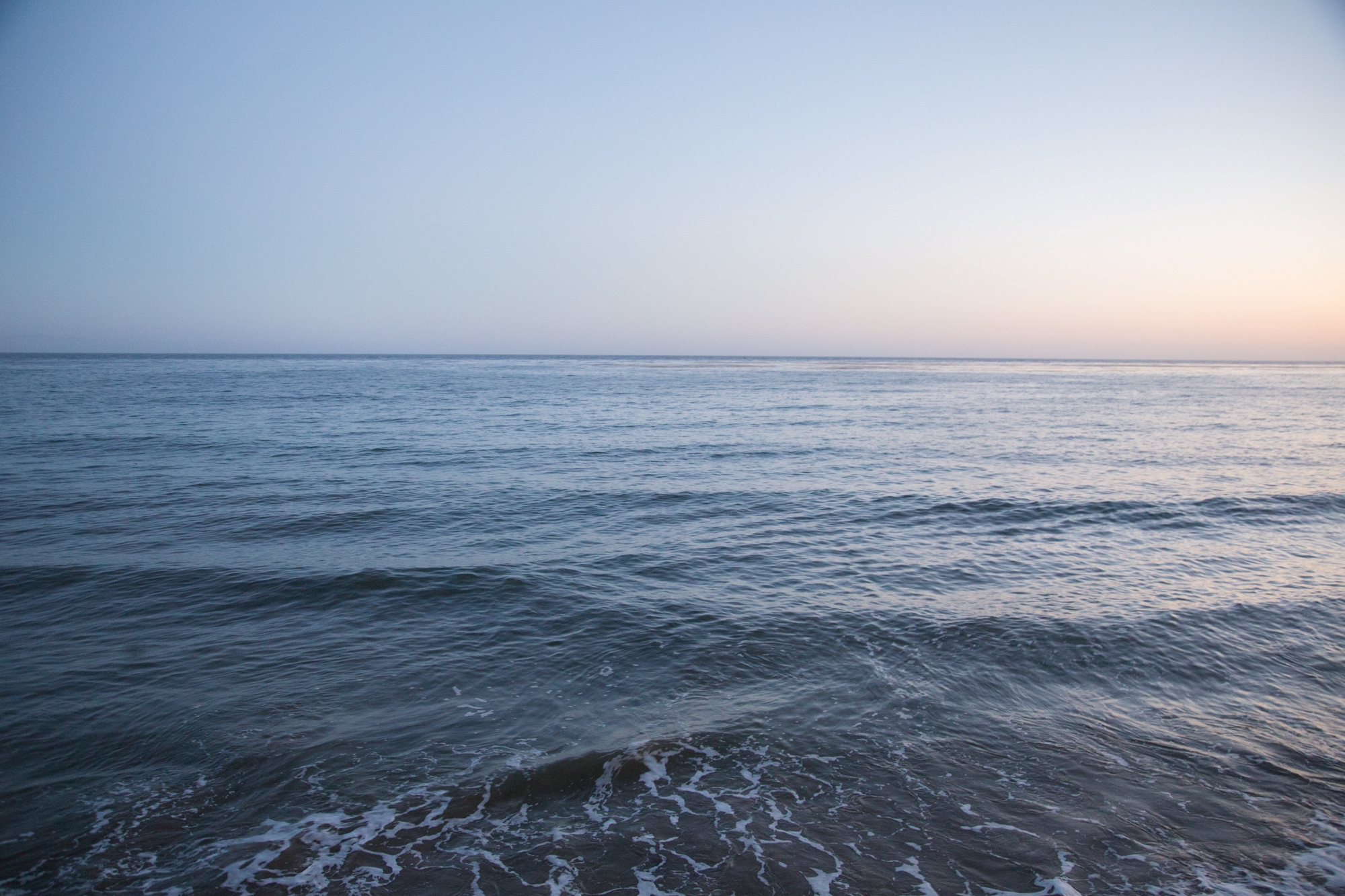 On the left, thousands of students and I.V. residents gathered together at Manzanita Beach for an Isla Vista Paddle Out Memorial on May 28, 2014. On the right, the beach on a typical quiet day. 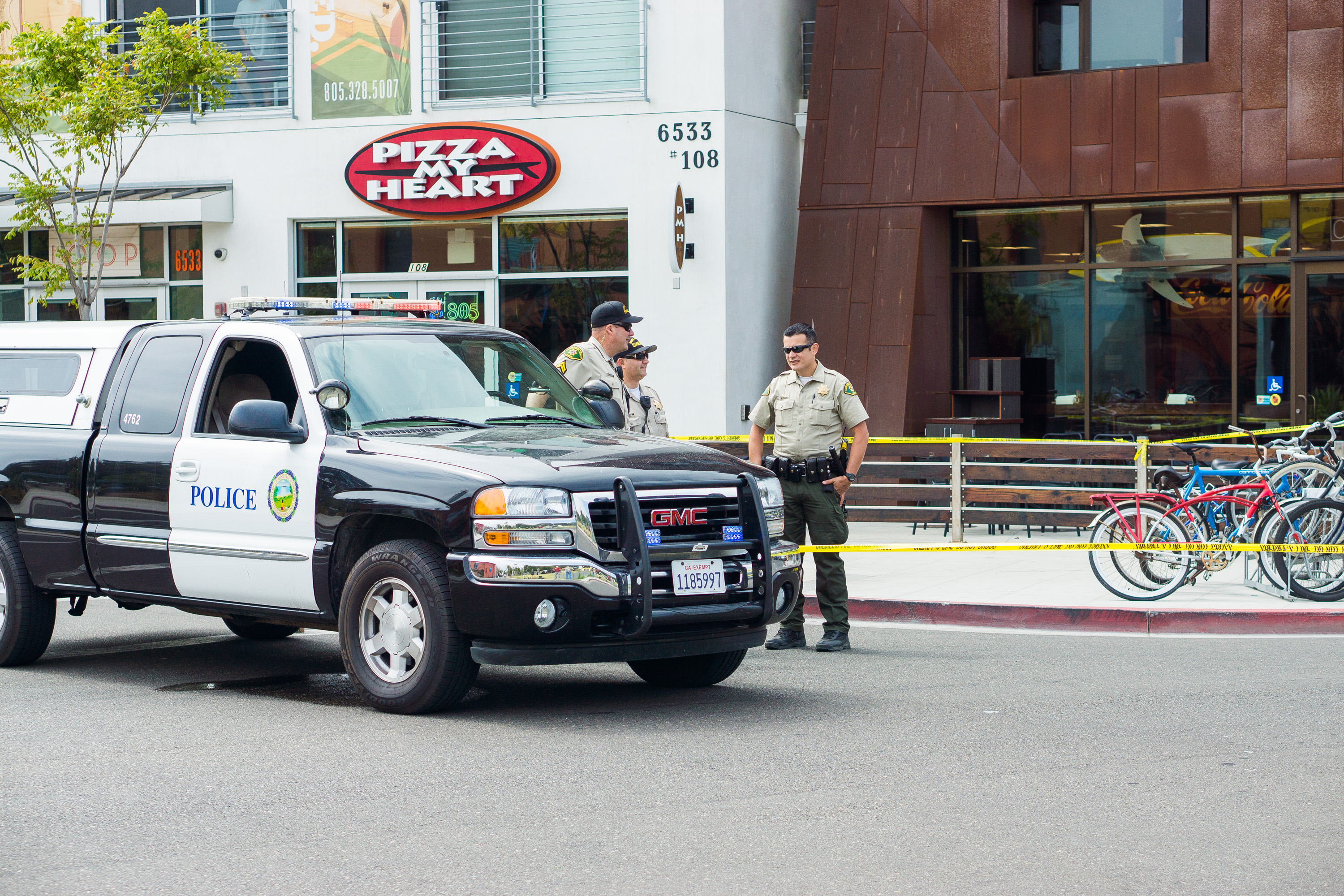 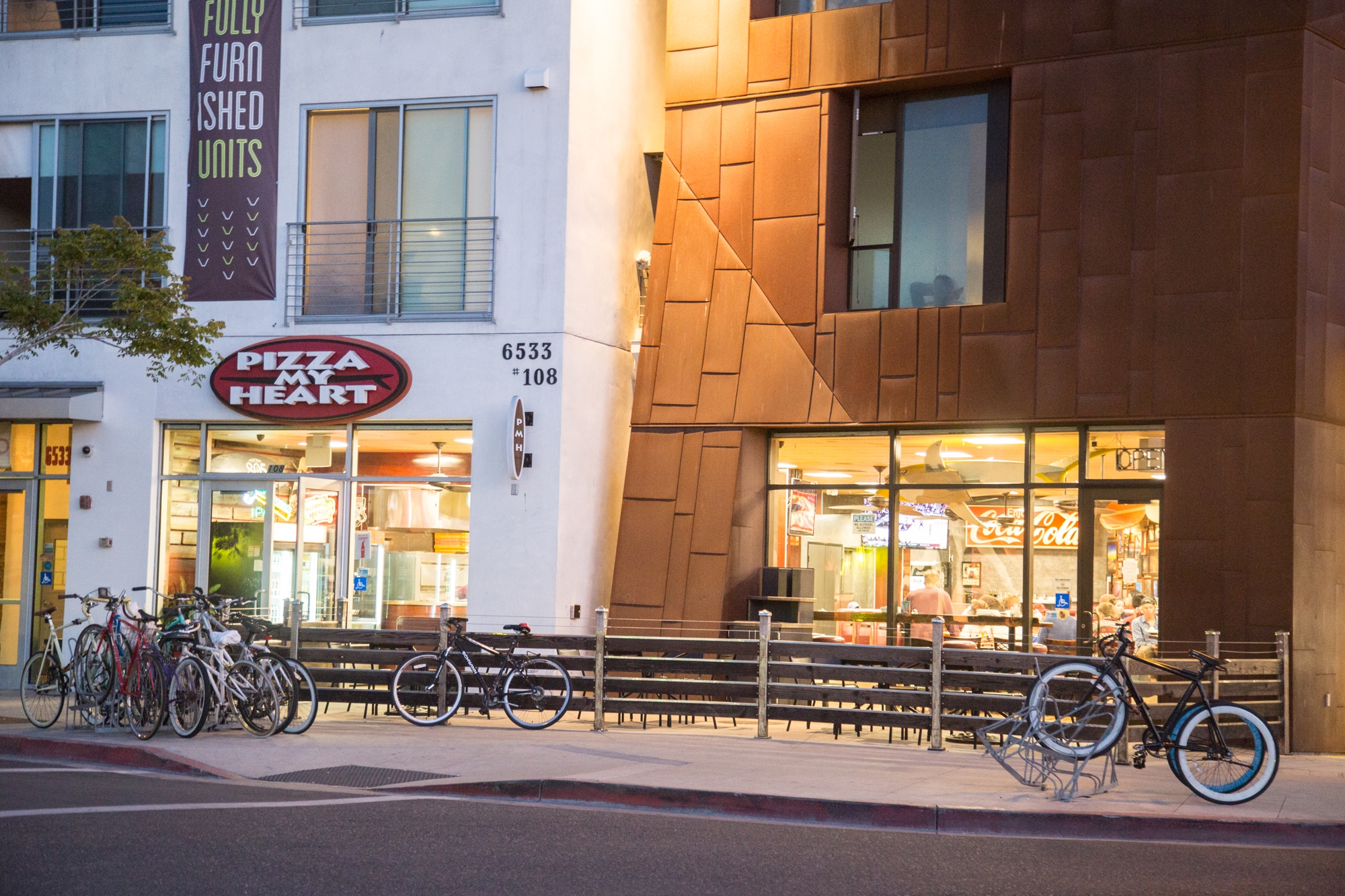 On the left, police officers gather at a crime scene near the Loop Apartments in the aftermath of the May 23 shootings. On the right, Pizza My Heart is filled with patrons on an evening. 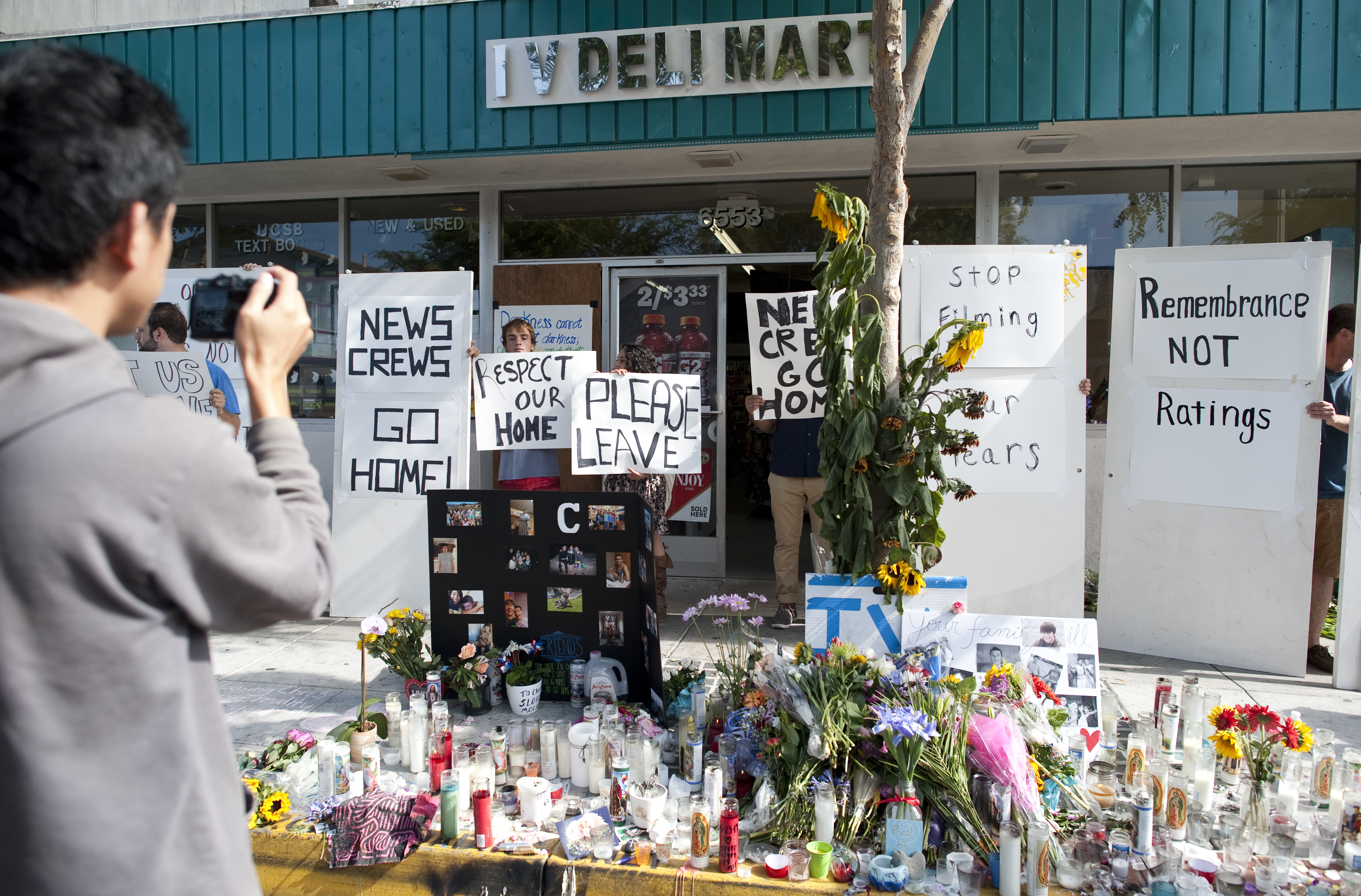 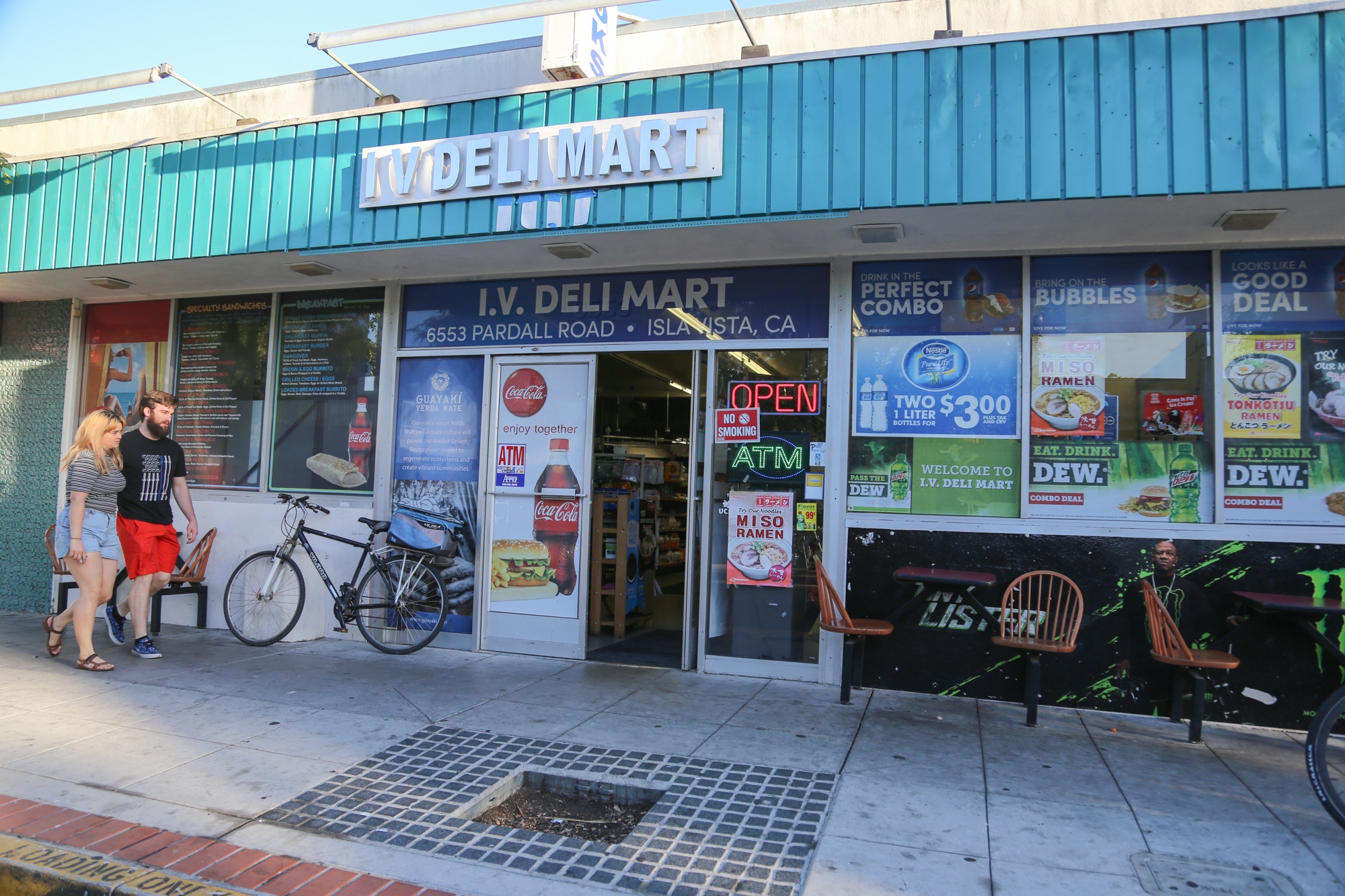 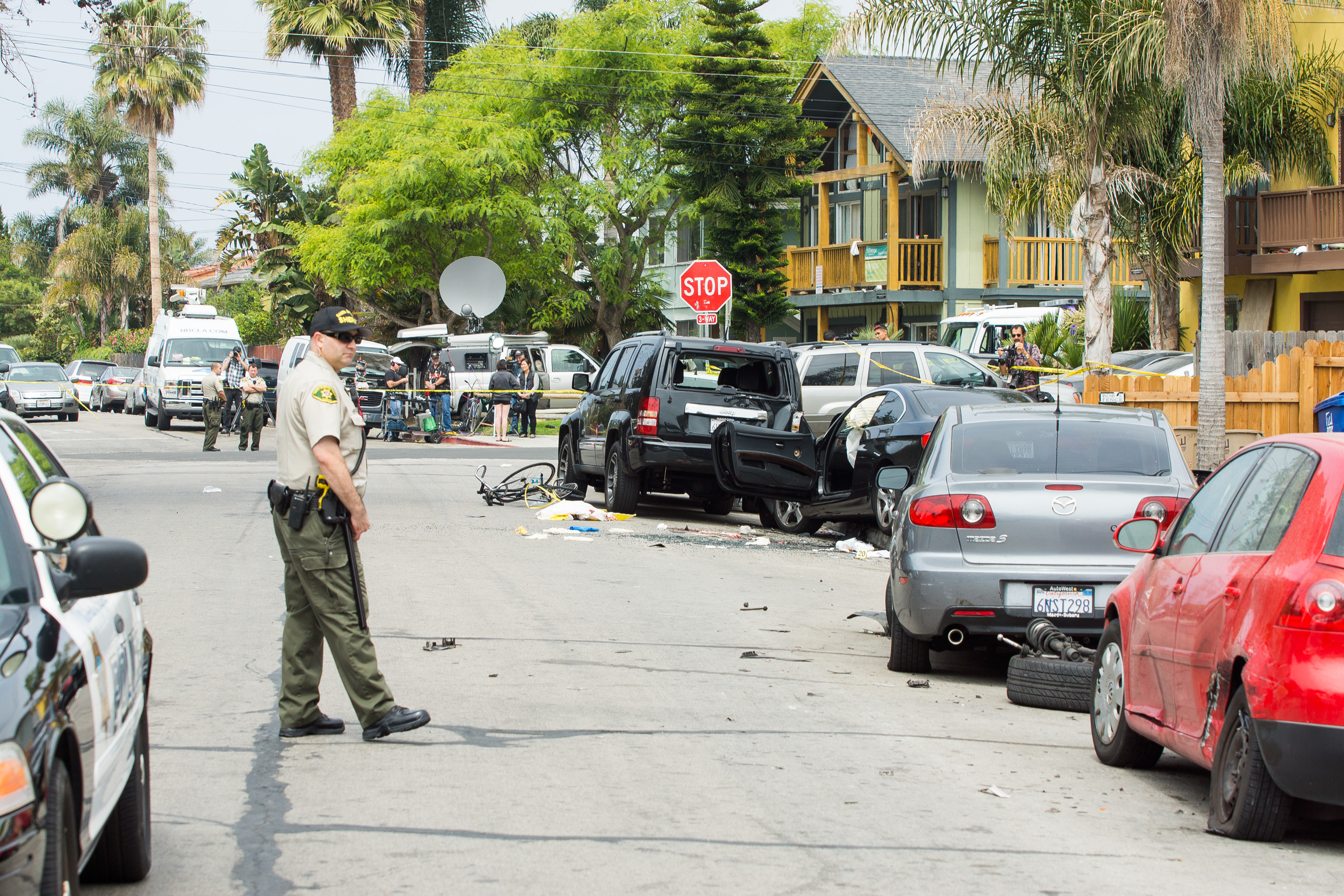 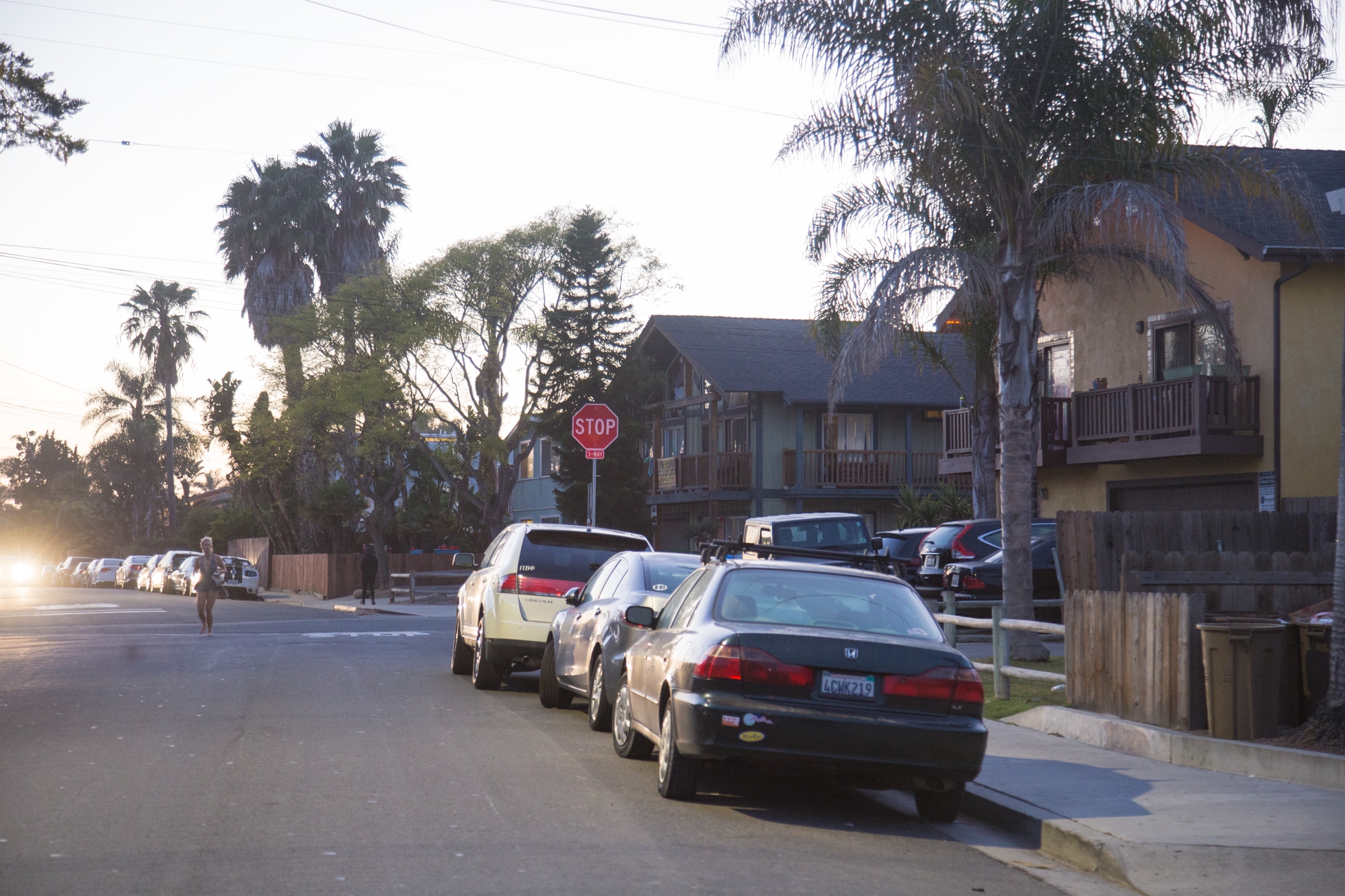 On the left, police officers taped off the final crash site of the shooter’s black BMW on Del Playa Drive. On the right, a row of cars is parked at the street corner. 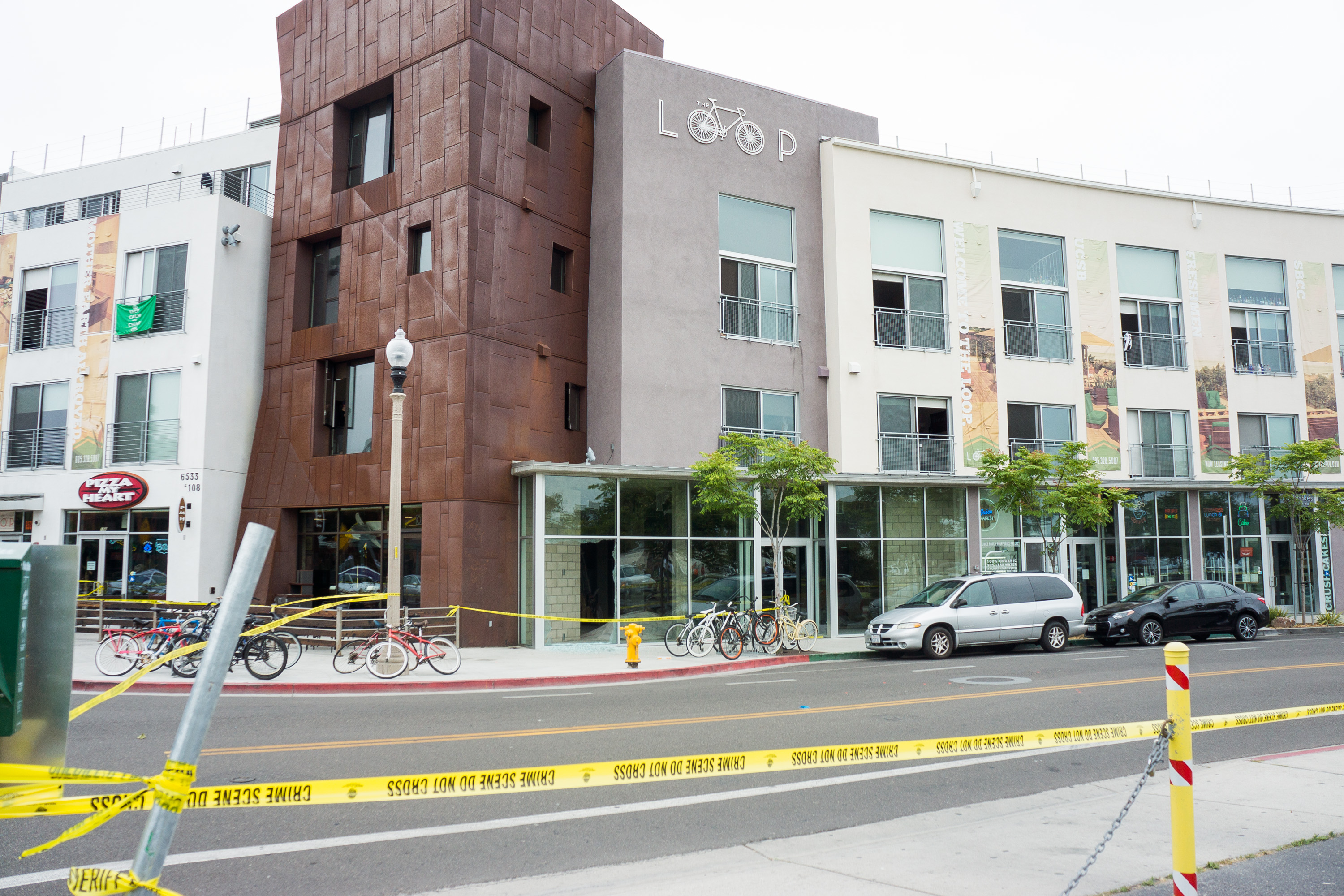 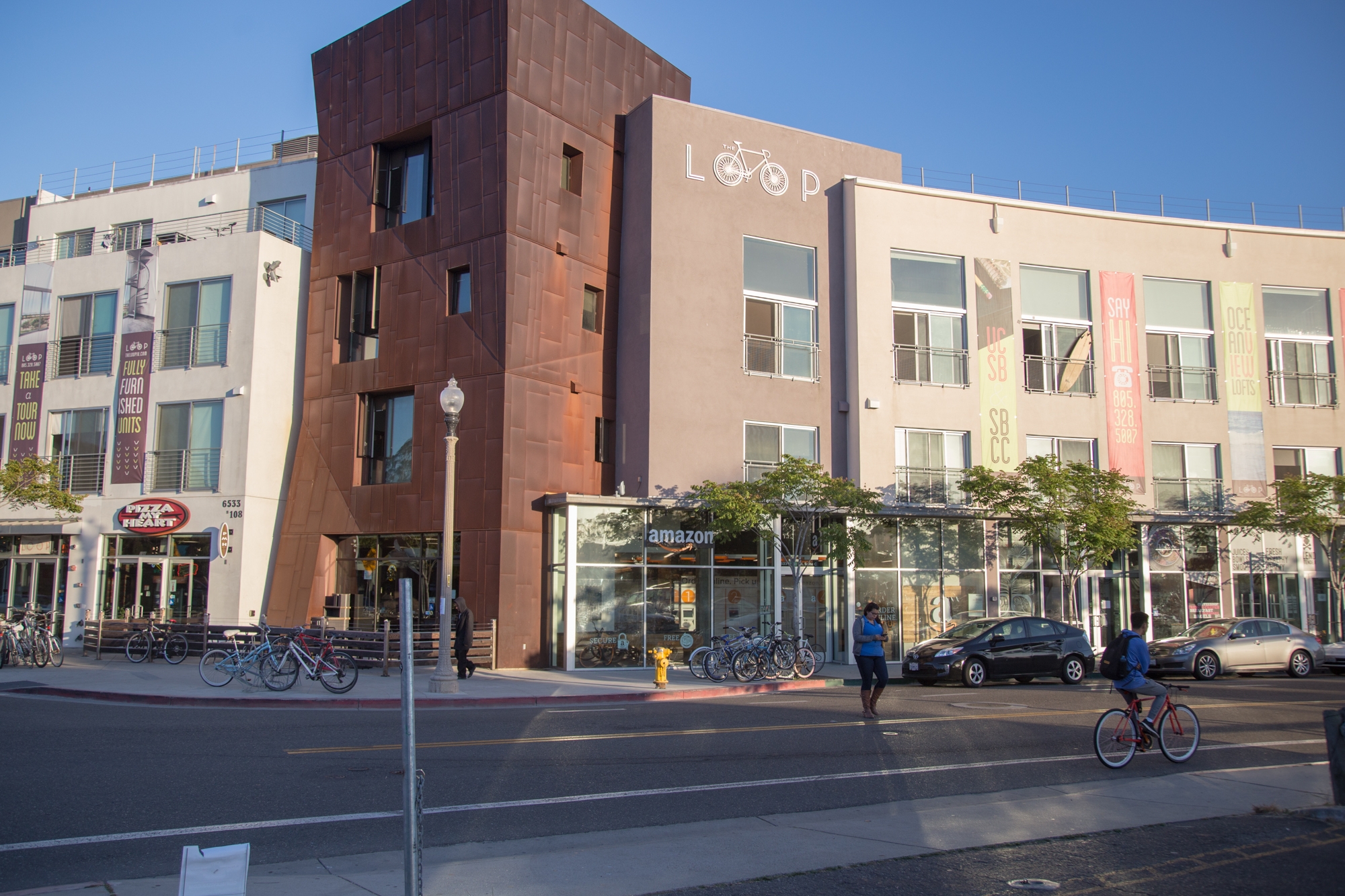 On the left, a segment of Trigo Road in front of the Loop Apartments is taped off. On the right, an Amazon store has closed for the evening.
Print