The Daily Nexus
Recipes
Glowing Up Green Tastes Pretty Mean
May 18, 2017 at 12:35 am by Collin McLeod

If you’ve been anywhere near Southern California during the last few years, you’ve probably noticed the mainstream health food movement. Sprouts markets are actually sprouting up in cities everywhere, almost everyone is gluten free and juicing companies are charging hefty prices for their premium pressed green juices. I personally had no interest in green juice until I transferred to UCSB a couple of years ago; to me, it was just something my aunt made me when I would visit her. 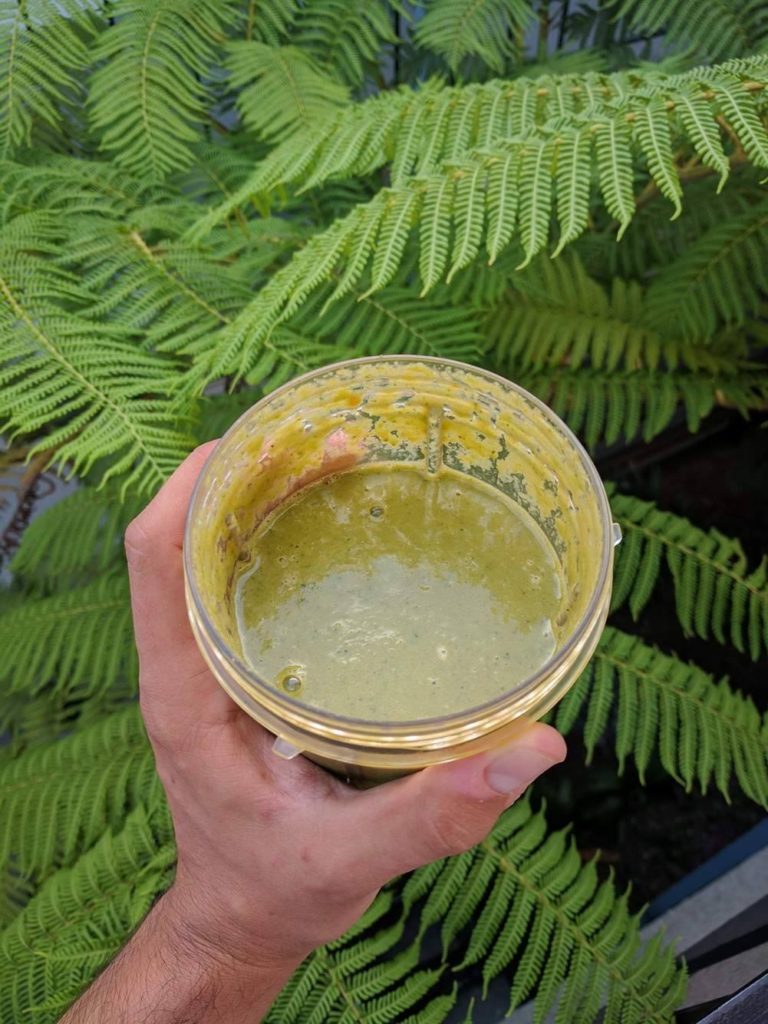 Once I transferred, I took notice of so many Santa Barbarians’ glowing skin and toned bodies: What was their secret? Within months, I realized that green juice is a big thing here, and if I wanted to glow up and feel good like the people around me, I would have to join in on the movement. Joining in on the movement proved to be difficult on a college budget, so I decided to start making my own juice to my own benefit and detriment.

At first, I tried pressing my own juice. It wasn’t difficult but after some research I found that the main benefits of green juice are actually located in the fibrous pulp; I needed to make a smoothie that kept the juice and fibers in one cup. The first time I made one of these smoothies, I only incorporated kale and almond milk with a little bit of turmeric. In my research online, I had found that turmeric is said to have immunity properties and kale is packed with vitamin C and fiber.

Little did I know, these two were full of unsettling flavors and texture. Imagine a sludgy, peppery cup of almond milk. That was what I was drinking. I started to experiment with assorted fruits to add some sweetness, which improved the flavor and texture. The sweetness also provided a great contrast to a savory breakfast. I started to notice the difference in my skin within a few weeks, so the smoothies were working! Still, I wanted more. If I was going to glow, I was going to be the brightest glow stick of them all.

I began to research more into other healthy items to blend into my smoothies. Images of kale, beets, carrots, ginger and more flashed across my computer screen. By the looks of it, my smoothies would have to be mostly vegetables in order to satisfy my ridiculous vanity. I’m at the point where I think I have found the perfect combination, but I have yet to feel like a human glow stick. I still use kale for the fiber and vitamin C but now incorporate carrots for the beta carotene, ginger for its anti-inflammatory properties, turmeric for antioxidants and bananas with a little honey for sweetness. I’ll also occasionally throw in some chia seeds for the sake of it. From the sounds of it, these smoothies aren’t the best in terms of flavor. For this reason, I have a strong disdain for them. However, the ingredients in it are highly beneficial to the body. I’m still waiting to glow like everyone else in Santa Barbara, but with time and more smoothies, I hope to get there. In the meantime, here’s my recipe to get your journey to the Santa Barbara glow started: