Legend has it that Jim Morrison, lead singer of The Doors, wrote “The Crystal Ship” one night in Isla Vista during the 1960s when he was dropping acid on the beach and looking out at the bright, glimmering Platform Holly just off the coast.

Now it appears the crystal ship will soon be sailing away.

Venoco, Inc., the Denver-based oil company which owned Platform Holly, relinquished the oil platform and the rest of its holdings in the South Ellwood Oil Field to the state just before filing for Chapter 11 bankruptcy in April.

The oil platform has been inactive since the 2015 Refugio oil spill, when a Plains All American Pipeline ruptured and spilled 142,000 gallons of oil along the Gaviota Coast.

The pipeline that burst, Line 901, fed oil to and from Platform Holly.

The closure of Line 901 for the next two years decimated Venoco’s operations in the South Ellwood Oil Field and substantially curbed the company’s financial strength.

The California State Lands Commission (SLC) now owns Platform Holly and announced in April that it will begin decommissioning the oil platform as soon as possible, a process that it said will be “expensive,” “complex” and “lengthy.”

The SLC said it would soon begin the process of contracting a project manager to oversee the decommissioning process. The state agency estimates it will take approximately three years to fully decommission and remove Holly, but this estimate is “heavily dependent” on the availability of funding and equipment and the length of time it takes to identify the environmental impacts of removing the oil platform.

Bob Evans, a local ocean photographer, spoke out to KEYT last week in opposition to a complete removal of Platform Holly, insisting that doing so would harm the marine life dwelling around the columns below.

“I spent a lifetime taking underwater pictures in the California Channel Islands and I have never seen the amount of life that exists on these platforms, and it would be a travesty to remove these structures,” Evans told KEYT. “I am wondering who’s going to give the eviction notice to all the little creatures that live on Platform Holly?”

Evans suggests the state remove only the top portion of the platform to keep the lower part as a marine sanctuary, KEYT reported. 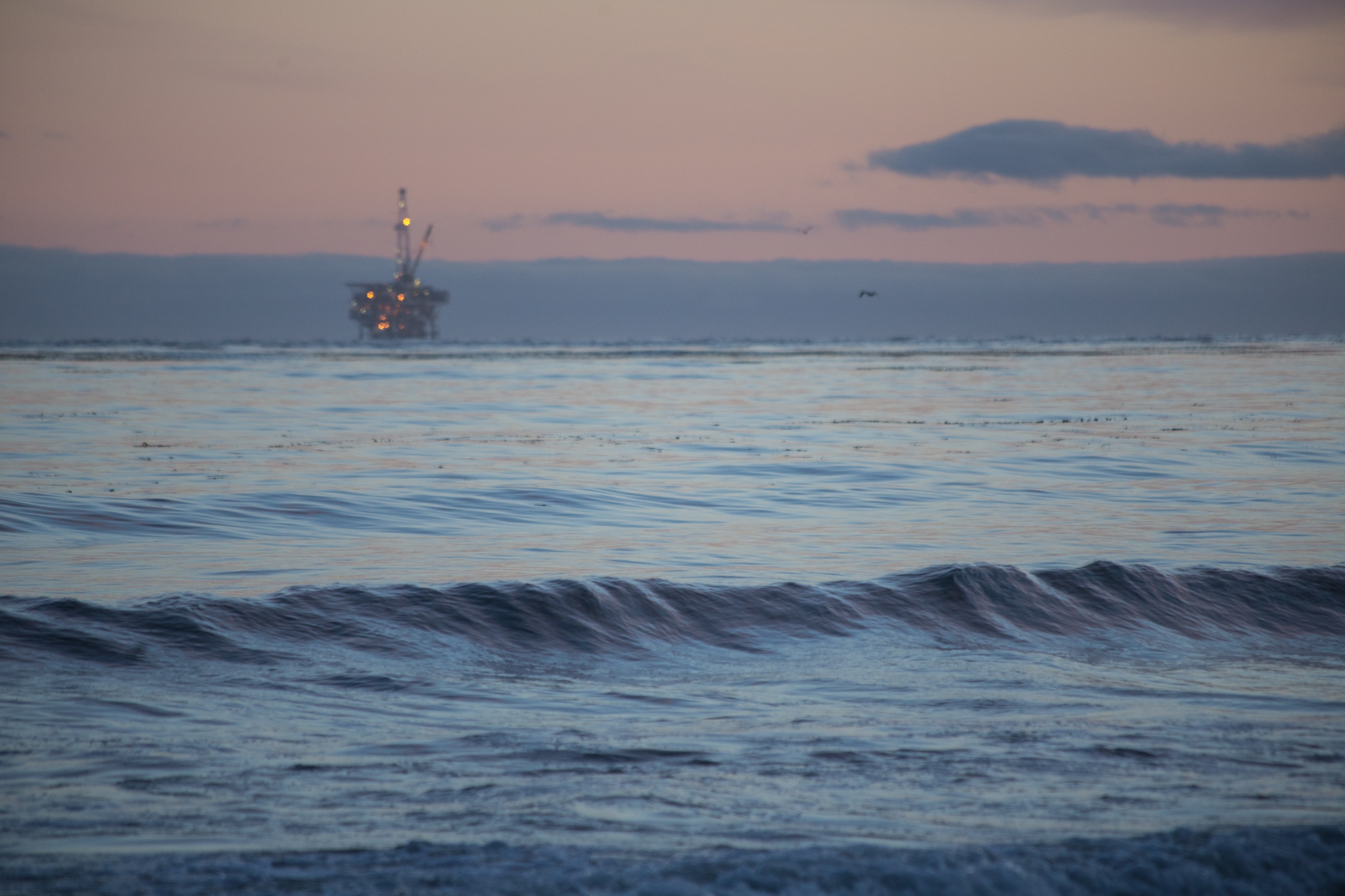 “We have waited for this day for a long time,” Fran Farina of the local Sierra Club chapter said in a statement released the same day Venoco filed for bankruptcy.
ARCO first constructed Platform Holly in 1966, and the oil rig reached peak production in 1984.

Farina said that the Sierra Club has been combating offshore drilling in the area since the 1980s, when ARCO was looking build additional oil platforms near Holly.

The Santa Barbara Environmental Defense Center said in April that local environmental groups were “celebrating” the announcement of Platform Holly’s removal, explaining that Holly and other oil infrastructure in the area “pose a threat to public health and the environment.”

Upon the removal of Platform Holly, there will be 26 offshore oil platforms remaining off the California coast between Orange County and Santa Barbara County, The Mercury News reported.

Former U.S. President Barack Obama implemented in November a temporary moratorium on all new offshore oil drilling off the California coast until 2022.

Several California lawmakers applauded the decision but called on Obama to institute a permanent ban in light of Donald Trump’s promises to expand offshore oil drilling.

Although President Trump has not made any tangible steps toward lifting Obama’s ban, Secretary of the Interior Ryan Zinke said in March that opening federal waters for oil drilling is “a pillar of President Trump’s plan to make the United States energy independent.”

Frustrated local environmental groups protested over 100-strong when Secretary Zinke visited Santa Barbara in April. They shouted, “Shame on you,” urging Zinke to remember the environmental fallout that followed the Refugio spill just two years prior.

This controversy — along with decades of production, nostalgia and trauma surrounding Holly — will be awash as the crystal ship drifts away, leaving an expansive Pacific in its wake.

The horizon’s glittering constant will soon disappear, and others will miss the memory of a proud ocean outlook peering through hazy Isla Vista nights.

“The crystal ship is being filled
A thousand girls, a thousand thrills
A million ways to spend your time
When we get back, I’ll drop a line.”

Correction: A previous version of this article referred to Platform Holly as an oil rig. It is not an oil rig; it is an oil platform.

it’s a platform not a rig