For me, life does not get much better than eating bagels by the beach for brunch. Almost every Friday of my sophomore and junior year, my three fellow “bagel babes” and I would wait in the perpetually long line at Bagel Café to order our usual bagels. The bagel that I consistently ordered was a sundried tomato bagel topped with cream cheese, tomatoes, basil and mozzarella and drizzled with a balsamic glaze on top. After everyone had received their orders, we would make our way over to the bluffs and devour our bagels underneath the warm Southern Californian sun as the waves beneath us broke against the shore. It doesn’t get any more idyllic than that, right?

At the end of this past Winter Quarter, I sadly bid farewell to those carefree bagel days, to my beautiful home by the sea and to all of my beloved friends, since I am currently participating in UCDC. After settling into my new apartment and completing the first week of my internship, I was feeling a bit nostalgic and longed for the familiar taste of a bagel.

So, my first Saturday morning in D.C., I ventured out into the nearby neighborhood, Dupont Circle, which is filled with hip restaurants and bars. Call me old school, but I just can’t stand using Yelp to find a great place to eat when I am in a new city, preferring to ask the locals what they like to eat instead. A waitress who was setting up tables on the outside patio of her restaurant suggested that I go right up the street to a place called Bethesda Bagels for the best in town. 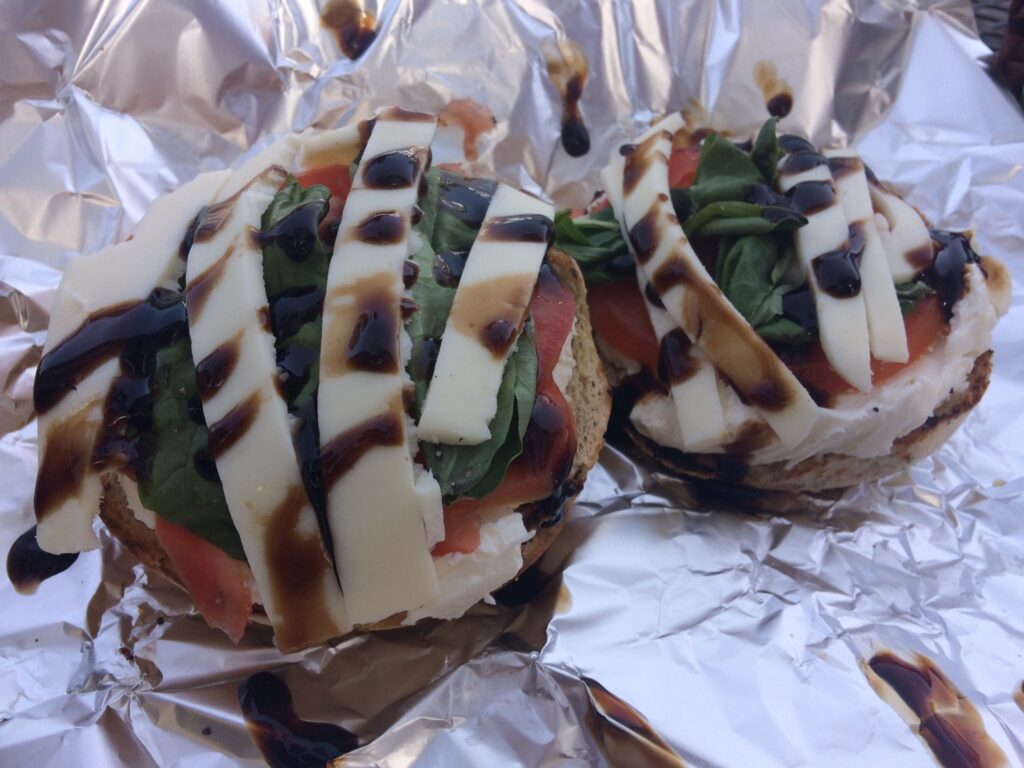 As I walked into this new establishment, I couldn’t help but feel as if I was back at home at Bagel Café. Although these two bagel shops are literally located at opposite ends of the country, they have a lot of similarities. For instance, both places offer an overwhelming amount of 20-plus bagel flavors to choose from and make homemade specialty cream cheeses like honey walnut and assorted fruit. Bethesda Bagels is also filled with the same bustling and unruly energy as Bagel Café, where you have to be fierce while waiting in line to order so someone does not cut in front of you.

As I waited in line, though, I soon noticed very distinct differences between these two bagel shops. Bethesda Bagels offers quite sophisticated bagel selections such as Asiago Cheese, Banana Nut, Orange Cranberry and Granola. It also sells mini bagels and “flagels,” which are flat bagels with no crust. It quickly became quite obvious that Bethesda Bagels caters its business model toward a young, urban and health-conscious crowd. On the other hand, Bagel Café accommodates hungry, hungover or drunk college students. One of Bagel Café’s most notorious bagel melts is literally called “The Hangover.”

Once I finally made it to the front of the line at Bethesda Bagels, I ordered a cinnamon raisin breakfast bagel with egg whites and provolone cheese. Fortunately for me, a fresh batch of cinnamon raisin bagels had just come out of the oven, so my bagel did not even have to be toasted and I did not have to wait very long for my order either. 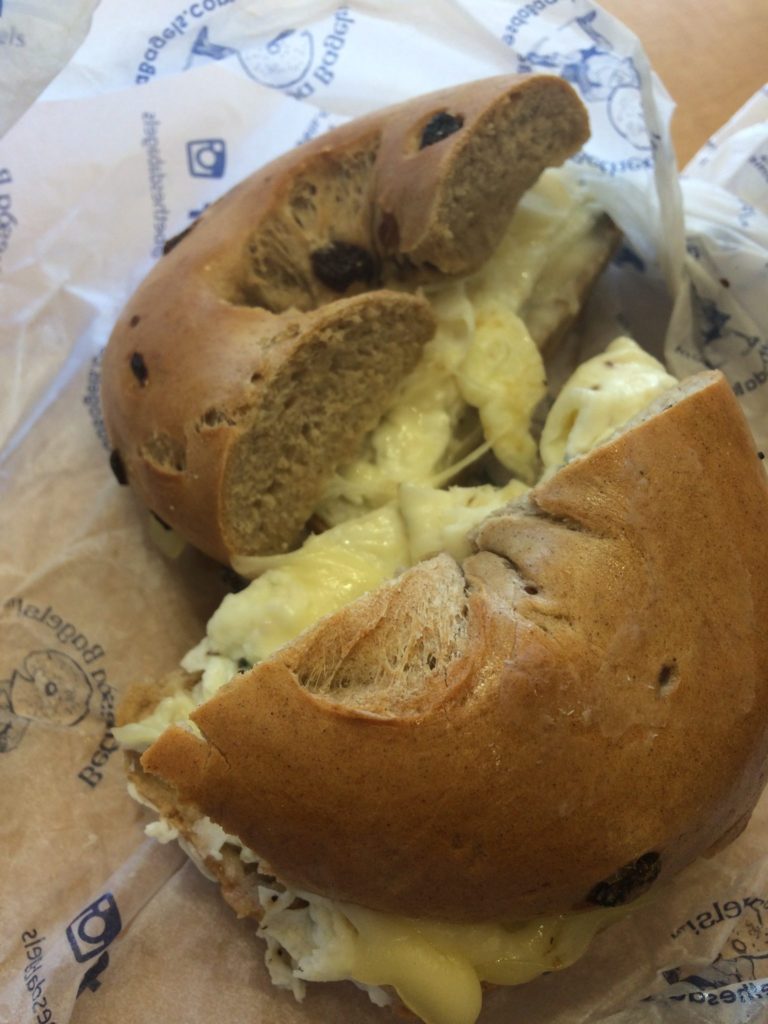 I managed to get one of the few seats, an uncomfortable bar stool that faced toward the street. I let out an overdramatic sigh as I sat down, longing to consume my bagel underneath a shady tree by the sea in I.V.

My moment of melancholy soon melted away once I opened up the warm wrapping around my bagel and saw that it was filled with real egg whites. I looked back into the kitchen and noticed that the chefs were actually cracking fresh eggs to include in their breakfast bagels, unlike at Bagel Café where the breakfast bagels (called “Eggles”) are made with egg mixture from the carton. After just one big bite into my breakfast bagel, I knew that I could not go back to eating an Eggle from Bagel Café ever again. The fresh egg whites, the semi-greasy provolone cheese and the sweet cinnamon flavor of my bagel all came together to produce a delicious delight.

If you asked me which bagel establishment I love the most, I honestly could not give you a definite answer. While I prefer the actual taste of bagels from Bethesda Bagels, nothing beats the atmosphere of Bagel Café, where I can scarf down a bagel while enjoying the company of my closest friends right next to the beach. But if you ask me where you should go to satisfy your great gluten cravings when you are a participant in UCDC, I will definitely tell you that Bethesda Bagels is your best bet.