The Daily Nexus
Opinion
The Real Reason Girls are Unsatisfied with I.V. Hookup Culture
May 11, 2017 at 5:00 am by Laurel Rinehart

I was warned of the dangers of casual sex long before I had the chance to experience them first-hand. When I was in fifth grade, my mom sat me down at our kitchen table and delivered the “birds and the bees” talk, an informative speech I’m sure she rehearsed many times in her head. The information she gave me was mainly technical, but she did tack on a word of advice at the end that stuck with me all the way up through my college years.

It wasn’t a command but an attempt to protect me that came from a genuine place of caring. My mom explained that women and men are different in the sense that women’s brains release a chemical when they have sex that causes them to form an emotional attachment to their partner, an attachment to which men are not nearly as prone. Because of this biological framework, she warned, we need to be careful when deciding who we sleep with. Looking back now, I can understand where she was coming from; a broken heart is something no mother would wish upon her daughter.

Those words stayed in the back of my mind for years. When I got to college, I was exposed to the infamous “Isla Vista hookup culture” and witnessed everything my mom had warned me about for the first time. We live this reality on weekends and constantly engage in discussion about it in social and even academic settings. The modern phenomenon of casual, no-strings-attached sexual relationships is so frequently discussed that many professors include it on a blacklist for paper topics because the discourse itself has become so cliché.

It’s pretty widely agreed upon that something isn’t right with the current paradigm regarding sex and relationships in I.V. and on college campuses in general. The general consensus is that girls are getting the short end of the deal, probably because the sex they are having is void of the emotional connection that they ultimately need at the end of the day. It’s a belief that seems to sum up the dilemma pretty accurately. But the more time I’ve had to absorb my perceptions of the environment around me and of my own experiences, the more this viewpoint bothers me.

We are so quick to blame hookup culture and casual sex for the emptiness that girls feel nowadays when it comes to relationships and emotional connection. But what happens when we stop and consider the root of this seemingly biological flood of emotions that girls experience in the wake of a sexual encounter? When it comes down to it, culture is much more responsible than biology for these unpleasant emotional consequences.

From a very young age, boys are exposed to the magical wonders of sex through masturbation and readily available pornography. It is socially accepted and even considered an inevitable part of adolescence that boys are going to discover and take advantage of their capacity for sexual pleasure long before they enter a partnered relationship in which actual sex is on the table. They have unlimited access to videos depicting sexual fantasy in a world where female pleasure and mutual connection are completely removed from the equation. In essence, boys are conditioned to conceive of sexual pleasure as something they can access on their own terms, any time they want, without having to consider the needs and feelings of another person. Sex becomes mechanical, with pleasure rather than connection as the end goal. This is the mindset with which boys enter into their first real partnered relationships.

Fast forward to college, and the differences between the male and female conceptions of sexuality seemingly become irreconcilable, with the male ideal ultimately winning out in the end. Women’s “biological” need for emotional connection and devotion to their partners is circumvented, leading college women to feel empty and unsatisfied. 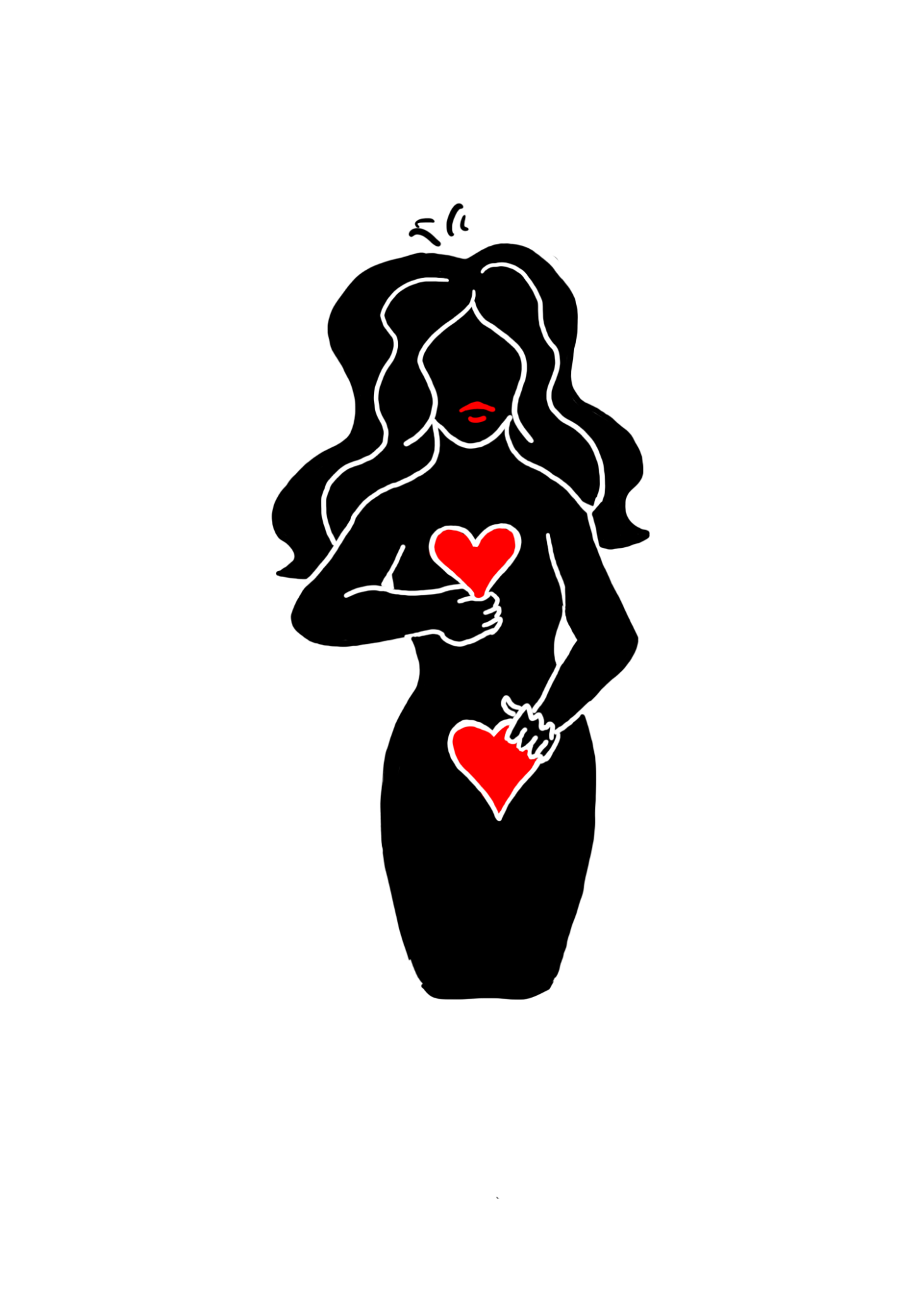 The sinking feeling of being rejected by a one-night stand is very real; I’m not going to deny that. But I don’t think that this negative reaction is a result of a woman’s natural desire for emotional devotion being unfulfilled. It is the result of a woman becoming distressed when she fails to achieve the objective of sexual union as it has been prescribed to her by society. Women are taught to view sexuality and sexual pleasure as a means to the end of emotional union, whereas men are taught to view that pleasure as the end goal in itself.

What if, instead of telling young girls that their sexual discovery is necessarily intertwined with a loving partnership, we allowed them to discover sexual pleasure on their own terms? What if masturbation during adolescence and beyond was equally accepted across gender lines and encouraged as a means for girls to discover what works and doesn’t work for their bodies? Girls are socialized to appear beautiful, act polite and gracious and be generally agreeable at all times. This ideal of passive elegance does not leave room for girls to actively discover their sexuality, to view sex as something enjoyable and beneficial to them individually rather than just as a way to become closer to their partners. It sets girls at a disadvantage compared to their male counterparts, who have learned they can actively experience sexual pleasure without depending on another person.

The crushing weight of emotional rejection can be lifted for women once they unlearn their ingrained dependence on a partner for emotional validation and focus on their own pleasure as the goal of a one-night stand. The only way that something can go wrong from this perspective is if your partner fails to adequately please you (which, unfortunately, is all too common). But if you put your number in his phone and he doesn’t text you, who gives a fuck? Your happiness and self-worth does not need to be tied to his approval in any way.

Maybe you had good sex but he just didn’t see a connection beyond that; what’s the big deal? Why should you have to feel awful about yourself because some guy you met at a party didn’t want to date you? That doesn’t reflect anything about your worth as a partner and a person; it just means that you and this stranger might be emotionally incompatible.

Of course, sometimes one-night stands do lead to a deeper connection, and that’s great. I’m not trying to discourage relationships and emotional commitment altogether; many people are able to form stable, loving relationships even in the midst of the “hookup culture.” But I also believe it should be possible for young women to actively explore their sexuality without the time and energy investment it takes to make a committed relationship work.

We lead busy lives filled with classes, work, friends, extracurriculars and other commitments; sometimes, finding a sexual outlet now and then without the added stress and time commitment of a relationship just makes the most sense. Personally, my growth in my academic career and extracurriculars is more important to me at this time than finding the love of my life right away. I would much rather pursue my own interests and goals uninhibited, without being tied to someone who could hold me back. For a student at a university that offers endless opportunities for growth and success, I think this perspective makes the most logical sense, and I have no problem rejecting the social pressure to be in an invested relationship with any sexual partner.

Because girls are raised to associate sexual pleasure exclusively with relationships, we feel a sense of rejection and stress when our sexual encounters turn out to be nothing more than that. Men, on the other hand, are able to experience guilt-free sexual exploration and fully cash in on the benefits of hookup culture. If women are going to break free from shame and be able to explore their sexualities without internalizing society’s admonishment, we need to encourage each other to be agents in our own sexual discovery and to stop feeling defeated every time a fun sexual experience doesn’t materialize into something more.

Laurel Rinehart believes once we erase the cultural stigma against women seeking sexual pleasure in itself, it will be possible for more women to start enjoying sex in a way they never have before.

Lol. A lot of projection in this article and total idiocy. Why are women so unsatisfied with hookup culture? You answered your own question in the article almost. Women want commitment from men and they are biologically predisposed to it. Men on the other hand are biologically disposed to have sex with as many women as they can. Now with hookup culture…..could it be that men no longer want relationships with many women because they can get sex without any form of commitment whatsoever? In hookup culture women give themselves away sexually without requiring commitment to men who wouldn’t commit… Read more »

Take that pseudo science logic of yours and hit the textbooks instead of spewing bullshit from your STD filled IQ level of 43 body.

Actually what they just described is textbook definition of sex characteristics and genetic predisposition to hormonal influence. Its not restrictive, its just that sex hormones are very powerful for the development of social habits and behaviors in general. Not pseudoscience, just non-restrictive.

And women want a partner who can provide so the moment a woman sees that her partner is inept in someway, she will cheat and find a better provider because it’s predisposed in her to find security. Nice logic

Summary: The decisions women make are other peoples’ fault. Feel sorry for women.

Men are less predisposed to form an emotional connection through sex? Sexist pseudo psychology and projection at best.

Take that pseudo-science logic of yours and actually hit the textbooks instead of just spewing up bullshit.

“In essence, boys are conditioned to conceive of sexual pleasure as something they can access on their own terms, any time they want, without having to consider the needs and feelings of another person. Sex becomes mechanical, with pleasure rather than connection as the end goal. This is the mindset with which boys enter into their first real partnered relationships.”

Not true. Simple objectification of the “other”, in this case boys.