The Daily Nexus
Tennis
Returning the Favor: The Reintroduction of UCSB Women’s Tennis
May 11, 2017 at 5:00 am by Andrew Hernandez

At the end of March, the UCSB women’s tennis team had an overall record of 7-9. The team was just beaten by Big West conference rival Hawaii 4-1, making its conference record 1-1. The nine losses suffered by the team at the end of March already outnumbered the eight losses it had all last season. 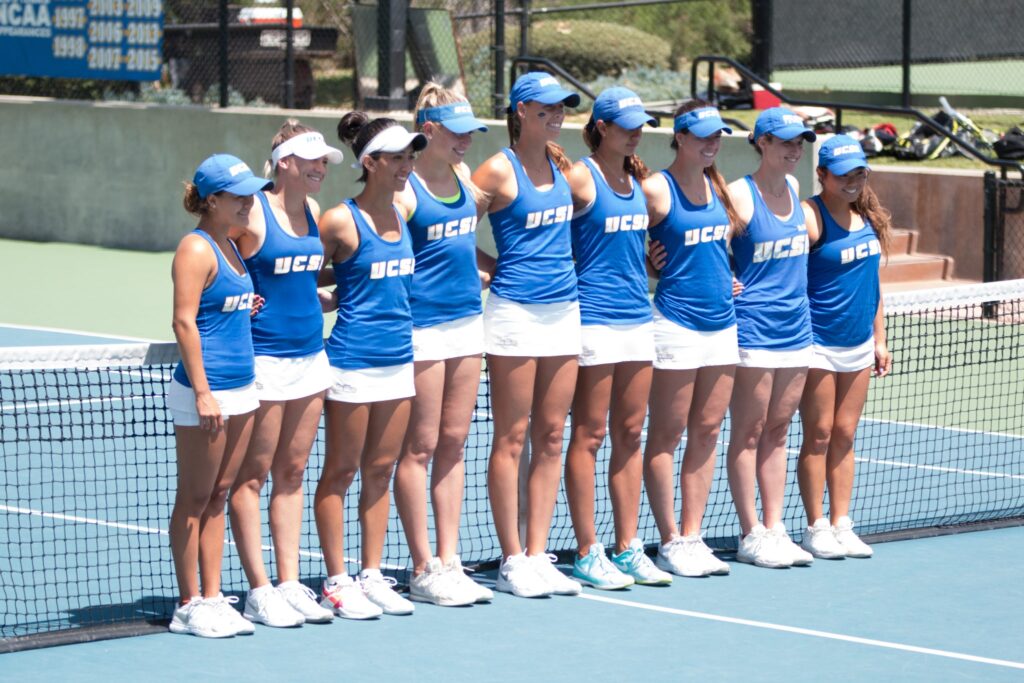 UCSB was down to its last month of the regular season, during which its schedule was comprised almost entirely of conference matches and the Gauchos needed to perform well if they had any hope of returning to the impressive stages the team reached just the year before, winning the Big West Championship and making an NCAA Tournament appearance.

At the top of the conference? The only conference opponent to hand UCSB a loss, the University of Hawaii. It took seven consecutive victories in the month of April to get the Gauchos back to the Big West Tournament and a chance to repeat as champions. While winning the tournament was a goal last year, winning became an expectation this year, and anything short of not reaching the heights of the year before would be considered a disappointment.

“We’ve had a feeling that we needed to defend our title, and we definitely felt a bit more pressure coming into this year,” Head Coach Simon Thibodeau said. “We felt that even though we were the second seed, we still felt like it would be a disappointment if we don’t win it. It’s exciting to get back to NCAA play.”

The Gauchos needed to get back to the Big West Championship, and that is exactly what the team did. 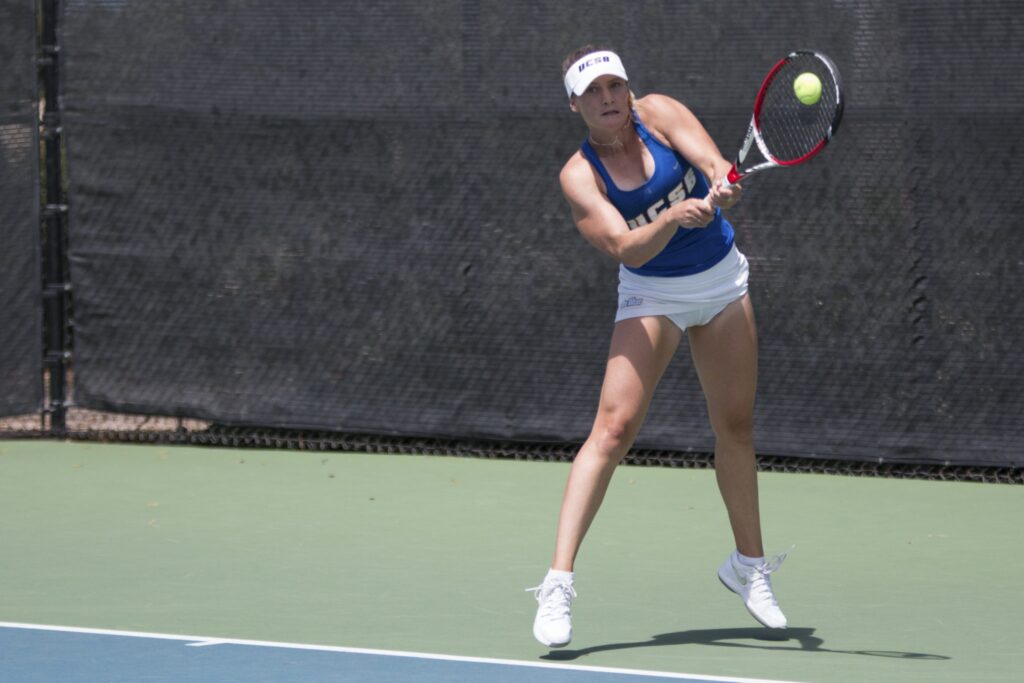 The squad beat rival Cal Poly 4-0 in the quarterfinals and then went on to beat perennial opponent Long Beach State 4-1, all to find themselves at the stage at which the team believed they were going to end up all season long.

The only team in the way of the Gauchos moving on to the NCAA tournament was, you guessed it, the University of Hawaii. The Gauchos played an exciting match, with the clinching point coming from a singles victory by freshman Stephanie Yamada.

The final victory in the month of April allowed the Gauchos to yet again raise the cup, a satisfaction surely made sweeter by beating the team that had been above them so often during the season. The Championship win also meant a perfect April for the UCSB women’s tennis team, as the team won all 10 games played, and they will surely carry that momentum into the NCAA tournament.

The work toward obtaining the accolades UCSB has earned over the past couple of seasons can be traced back to five years ago, when longtime Fresno State Head Coach Simon Thibodeau was brought to Santa Barbara to lead the program.

“Well, it was difficult to leave Fresno State, where we had a lot of success, and I was really trying to bring UCSB to the same level. I felt the school had even more potential due to the location and academic rank of this school,” Thibodeau said.

For the first three seasons of Thibodeau’s career, the team went 39-34, during which it was bounced out of the tournament every single season; the conference final was its highest mark yet.

However, it was in this period of time when Thibodeau began to recruit players who would grow to be important pieces of the current winning formula at UCSB.

Melissa Baker and Jaimee Gilbertson were added in 2013 and Natalie Da Silveira became a Gaucho in 2014. The 2015 additions to the squad included Amanda Atanasson, Palina Dubavets, Stefani Stojic and Yamada.

“We also had a donor who boosted our scholarship amount, so we were able to go get a few more players like Palina, Amanda and Stefani Stojic, who are all transfers, and we gained some budget in their scholarship, so I was able to get more top players and I was able to compete at the highest level.”

All of these players have been critical to UCSB’s rise to the top of the Big West Conference, and Thibodeau credits an increase in funding from UCSB donors as the primary reason the women’s tennis program is able to acquire highly talented transfers such as Dubavets and Stojic.

“We really try to make this program the full package for any prospect in the world that wants to go study in the U.S. and play tennis. We’re getting closer; we would like to build more facilities in the future, but that’s the next step in terms of fundraising.”

The current tennis roster boasts seven international players out of the current 12 roster spots, a sign of the increased ability of the program to attract better prospects.

“Most of the best teams in the tournament are all fully funded in their scholarships. They have the NCAA limitation of eight full in/out of state scholarships for their players. That was not the case here when I took the program, and we really needed to fundraise to get to the amount that most of the big programs have.”

Headed into the NCAA tournament, the Gauchos are looking to see how they will measure up to this top-25 talent showcased throughout the NCAA tournament and are hoping that the increased experience coming off of last year’s tournament exit will propel them farther than the second round.

“We feel that we are just one player away from being able to compete with the top 16 teams in the country, and we hope to be at that level in the years to come.”