The Daily Nexus
The Daily Stench
Student Trains Homing Pigeons After Breaking iPhone
May 9, 2017 at 4:20 am by Zoey Brandt 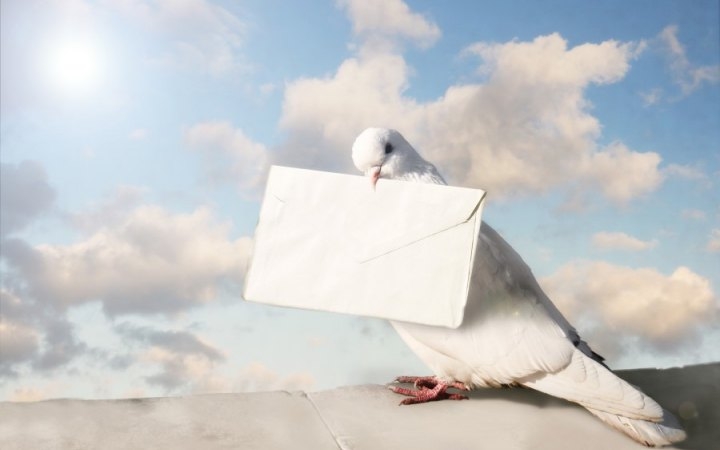 Kit Columbidae, a third-year biology major at the College of Creative Studies, has turned to a classic form of communication following the loss of his iPhone. Columbidae, whose phone was broken in a bike accident, says he got the idea when he looked up from the pavement and saw a pigeon staring at him.

“I had read about homing pigeons before, of course,” he said. “They were vital back in the day, especially during wartime. I thought they had all died out. But looking into those beady, intelligent eyes, I knew that they shouldn’t be too hard to train.”

Columbidae began his project by visiting Atkinson Farms, a local hatchery. Though the owner of the hatchery mainly raises and sells chickens and ducks, she has a longstanding personal interest in homing pigeons and decided to take Columbidae under her wing.

“Ms. Atkinson has been so helpful throughout this entire process,” he said. “Her grandfather raised carrier pigeons during World War II, so I guess you could say it runs in her family.”

Toby, the homing pigeon Columbidae has been working with — named after Atkinson’s grandfather — will be taking his maiden voyage next week.

“Toby’s done a few short flights so far, just to the apartment across the way and stuff like that. You’d think the travel time would make communication slower, but people are much more likely to respond to you when there’s a pigeon flapping about in their face.”

Zoey Brandt is a third-year English major who recently broke her phone.