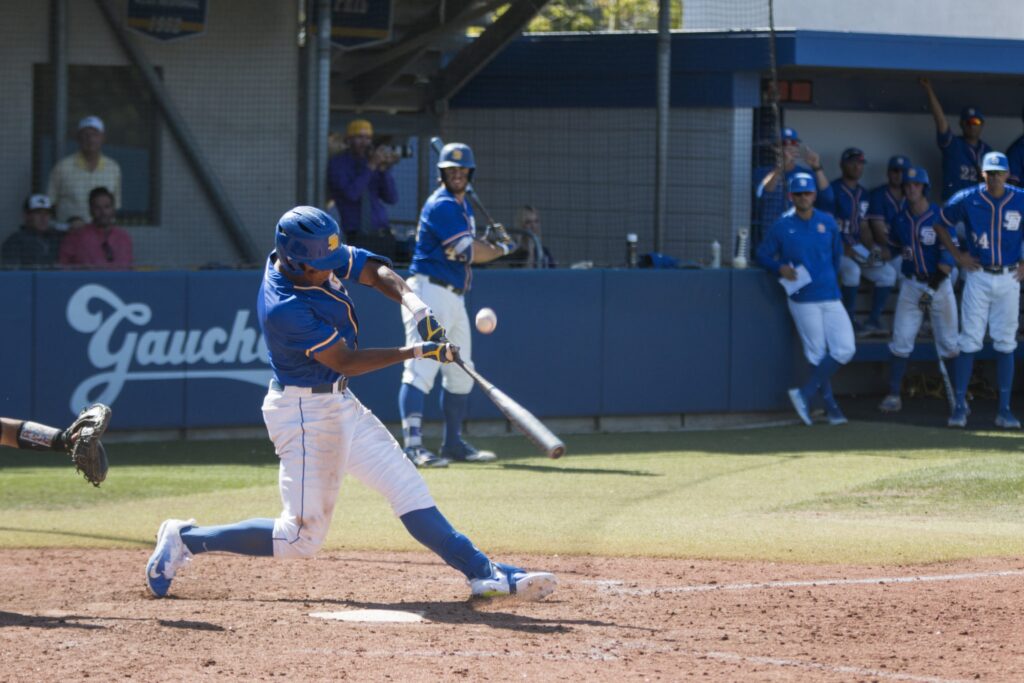 Expectations were high for the 2017 UCSB baseball team. One year removed from an improbable College World Series run had many people believing this was a team destined to do the same again in this campaign. And with the return of many key players, it’s easy to see why many truly believed that.

Fast-forward 41 games into the regular season and reality are grim for Santa Barbara: a 19-22 overall record, a sixth-place standing in the Big West with a 5-7 record, and a very low chance of making it back to the NCAA Regionals for the third consecutive season, and fourth in five years.

To be frank, unless the Gauchos win the rest of their 15 games, they are not going back, and even then, their chances are really low as the only silver lining would be that they swept a No. 8 Cal State Fullerton squad.

Focusing on the now, even if UCSB wants to attempt that, it needs to start with a sweep of a struggling UC Davis squad at home. UCD boasts a deflating 13-23 overall record and currently sits at seventh place in the conference with 5-10 Big West record.

Despite this, Santa Barbara is in a position where it cannot afford to overlook any opponent, especially after dropping two of three against UC Riverside — albeit on the road — a team that was 14-22 overall and 2-10 in conference play ranking them at the bottom of the Big West when they faced the Gauchos.

At the beginning of the season, UCSB was really struggling at the plate, however, it has since righted the ship scoring at least six runs in 11 of its last 14 games and has also recorded double-digit hits in 11 of those 14.

Junior Austin Bush has been on a tear lately. The first baseman is currently on a six-game hitting streak batting 9-22 (.409) during that span including one extra-base hit and accounting for nine RBI’s. Bush is also the teams slugging leader at .538 which is also the fourth-best mark in the conference. He is also the first Gaucho since the 2001 campaign to have back-to-back seasons of 10 or more home runs.

Jew, in particular, has also been great as he is currently on a 17-game hitting streak and ranks third on the team in total hits with 43. His slash line has also been nothing short of great with .314/.368/.474.

On the mound, the Gauchos will again be without usual Friday starter Noah Davis (6-3, 4.57 ERA) who is out an illness. This means junior Kyle Nelson will most likely take the mound on Friday. The left-hander struggled last Friday giving up five hits and six earned runs in just 2.1 innings of work.

Due to the Friday change, other changes were made including giving freshman Chris Lincoln his first start of the year. The right-hander got the call for the Sunday game and delivered with a solid 3.2 innings allowing four hits and two earned runs earning him a no decision.

Davis comes into the match-up fresh off an impressive win 11-10 victory on Tuesday against a very impressive St. Mary’s team who has even beaten Santa Barbara.

Outfielder Ryan Hooper was a star in that series not only extending his hitting streak to 10 games but driving in a season-high three runs. During his last ten games, Hooper has been spectacular batting .429 (15-for-35) with nine runs scored, three doubles, a home run, and 10 RBI.

All in all, this is a must-win series for UCSB. Despite most likely missing the postseason, the Gauchos still have the opportunity to develop their young talent for the future. Whatever it takes, Santa Barbara must come out in this series like its hair is on fire.

UCSB faces UC Davis in a Big West three-game set beginning at 3 p.m. on Friday, May 5 at Caesar Uyesaka Stadium.