The Daily Nexus
News
‘Sense of Family’ at the Heart of Campus United’s Election Success
May 4, 2017 at 12:16 am by Maura Fox 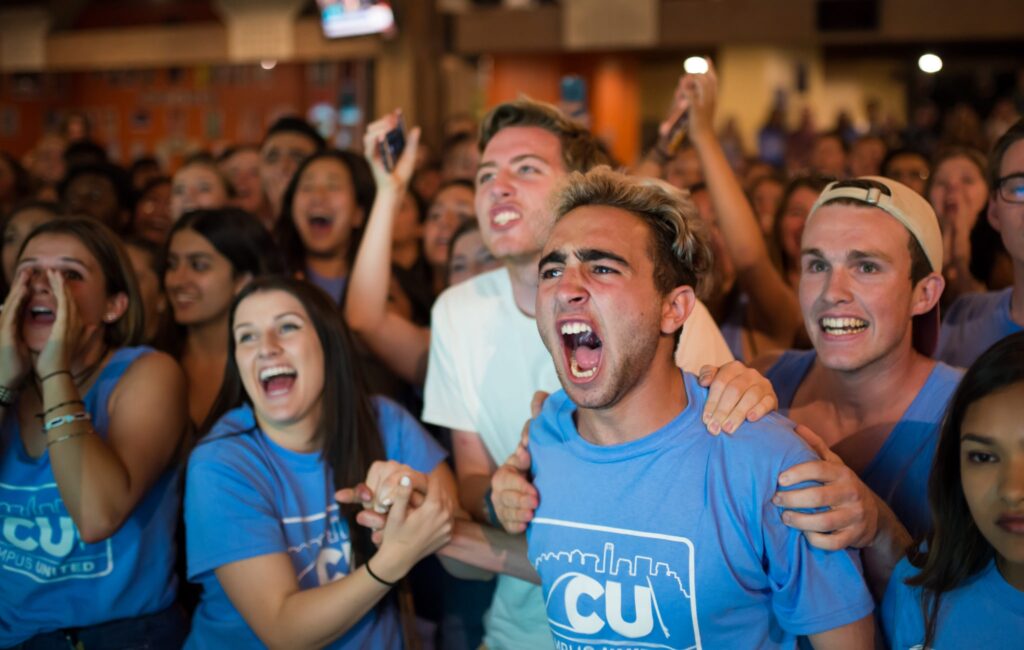 Adham Btaddini was one of 16 Campus United candidates to win seats on A.S. Senate on Thursday night. Alex Yam/Daily Nexus

Only two parties, CU and the Isla Vista Party, ran for A.S. positions in this year’s election, differing from three parties last year. The two-year success of CU is similar to that of the Open People’s Party, a former A.S. political party that took the majority of positions for two consecutive years in 2013 to 2014.

According to CU party co-chairs Madison Hechler and Izabella Kipnis, the party campaigned for the election through reaching out to groups in the Office of Student Life (OSL), tabling on campus and going door-to-door in Isla Vista explaining the CU platform.

CU candidates were taught how to campaign in I.V., which included training on how the candidates should conduct themselves in any situation that could occur when visiting I.V. residents.

“For the party as a whole, knocking on doors was the most effective way to reach out to people,” Kipnis said.

Hechler and Kipnis both said the CU party has a family dynamic that allowed the party to bond and work collectively on the campaign.

“I would start by saying that our name isn’t just a name; we really are a united party,” Kipnis said. “We made an effort so that all our candidates got to know each other and all the campaign managers bonded and were close.”

“I think that we are a super, super diverse party, and we like to bring in people from different aspects of campus and walks of life,” Hechler added. 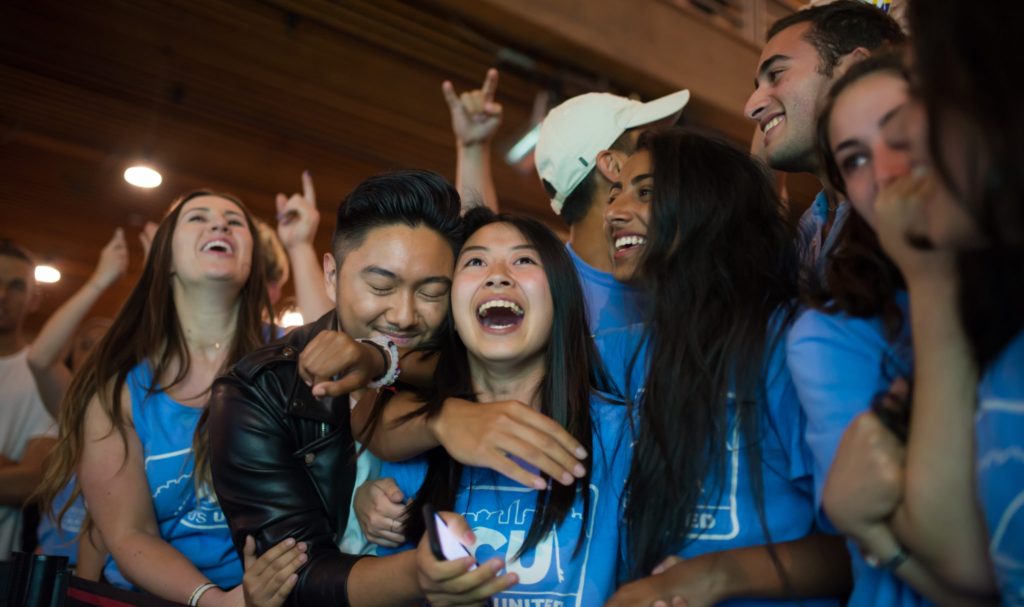 Hechler joined CU last year and worked as a campaign manager for the election. She said even though she did not fully understand the level of involvement for the political party at the time, she was drawn in by the “sense of family” within the group.

“It’s very much like a family feel, so all the time there’s a lot of work to be done … but it’s still fun because we all really get along,” Hechler said.
This year, Hechler said she strove to foster that same “family feel” as her first year and said she believes while the party did expand in size, it was able to maintain a close-knit relationship.

Hechler said she believed outreach was the best way the party connected with the campus and Isla Vista and said the party’s already diverse group allowed them to reach a wider audience.

“Part of what makes us successful is that ability to have outreach in the community through the diverse channels of our members,” Hechler said. “So I definitely think it’s a unique group.”

The A.S. Elections Code permits parties to raise up to $6,000 in campaign finances, which includes funding for campaign posters, flyers and T-shirts. The funds are collected from party members. 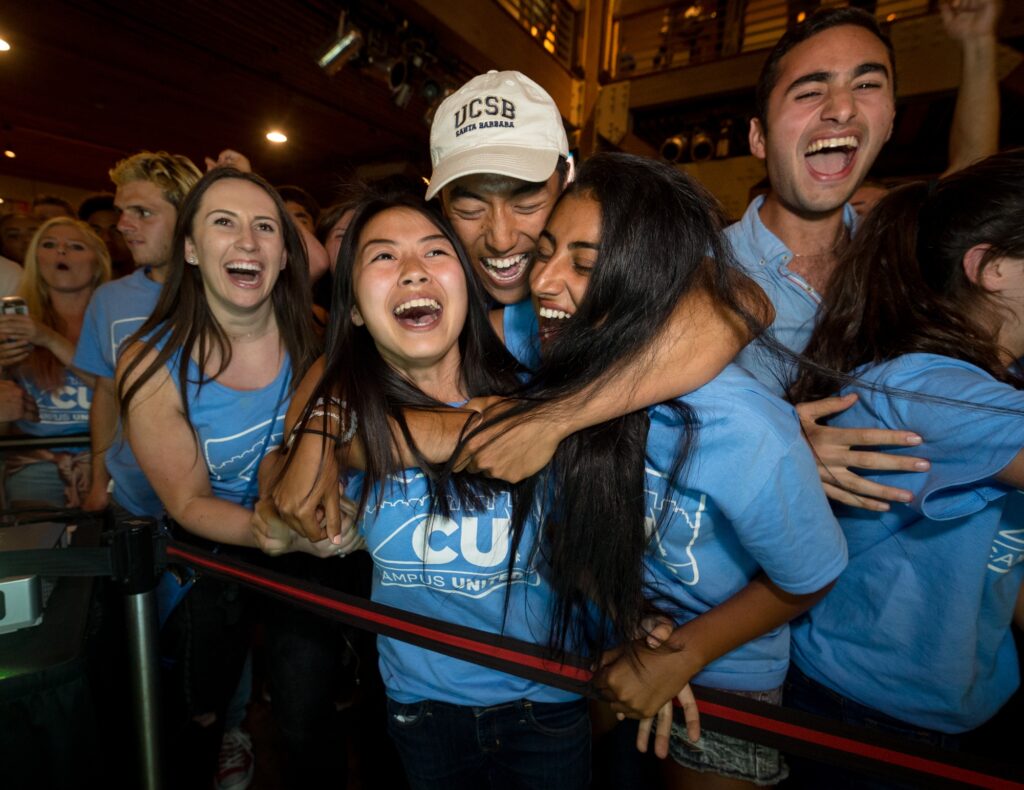 Hechler said CU candidates also paid dues to the party for campaigning, but they did not comment on how much candidates paid.

Hechler said CU attended OSL group meetings to pitch the party’s platform and said the party’s organization when reaching out to “tons” of OSL groups was a contributing factor to its success in the election.

Candidates went to OSL meetings on their own for specific candidate endorsements.

According to Navpreet Khabra, a third-year Asian-American studies major and write-in candidate for president, many CU party members had an understanding of how campaigning works, which added to their win on election night.

Khabra said she believes CU’s two-year establishment allowed the party to gain more members and support over the year.

“I do know some candidates who went with CU because they have the knowledge and the resources to be able to win elections,” Khabra said.

According to Hechler, the biggest change in the party since last year was the leadership, which resulted in “a learning curve” for new members of the party, including herself.

Austin Hechler and Minoiefar were two of the CU party founders last year and both served on senate prior to being elected to their executive positions. 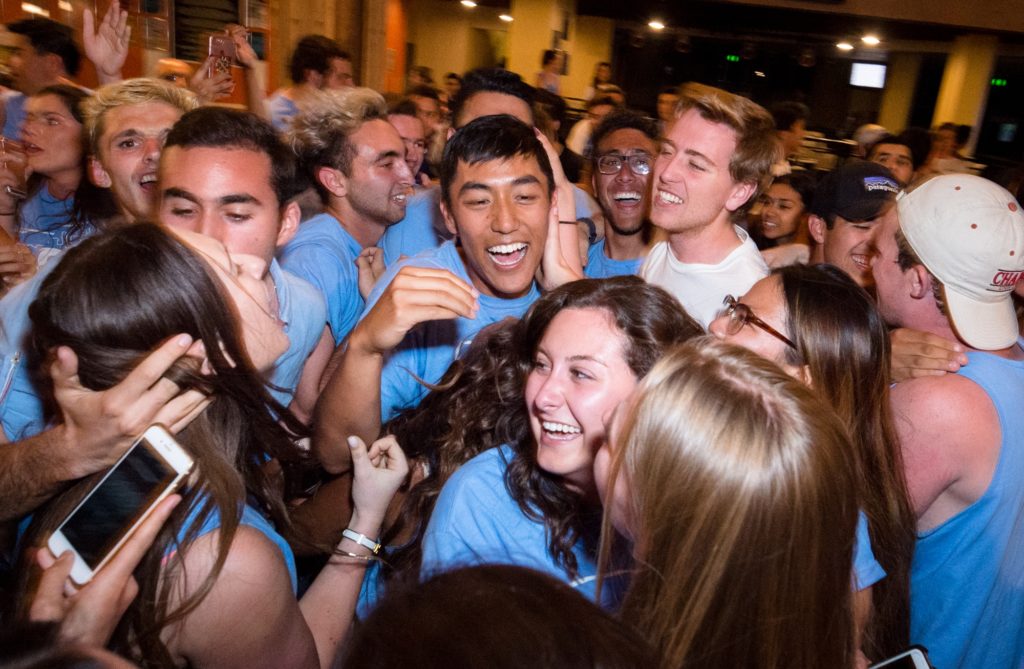 “Having two new execs is really awesome and brings fresh perspective, but there’s also challenges, obviously, that come from it,” Madison Hechler said.

Kipnis said, however, that while the party did change, the party members remained dedicated to “mobilizing” their friend groups and communities.

“Even if they’re not a part of the Campus United campaign per se, they are able to rally that support from their friends and their communities,” Kipnis said. “And I think that showed in the election.”

Tannenbaum said, however, he believes the two party election was “toxic” and said he would like to see more parties emerge in the next election.

“I don’t think we’re stuck in a game that’s only going to be two parties,” Tannenbaum said. “People are always thinking about new ways and new perspectives and I hope that there’s more parties next year.”

A version of this story appeared on p. 3 of the Thursday, May 4, 2017 edition of the Daily Nexus.

What’s at the heart of their success is white privilege, and the fact that the minorities in the party are race-traitors.

Grow up. We can disagree with your party and not be race-traitors. That attitude is why you lost.

there were about three white candidates on the slate, and I don’t see what allows YOU the privilege to call someone else a race-traitor.

Haha, good luck winning at anything in life with that thin skinned mentality. Maybe next year the headline will be “self-pity at the heart of Isla Vista Party’s Election Success.”

What does that mean? What does Judaism have to do with CU?

Who cares? This article is about CU not OPP