The Daily Nexus
Sports Blogs
Abolishing the NFL Draft: Resisting the Shield’s Flawed System for Incoming Players
April 27, 2017 at 5:07 am by Spencer Ault 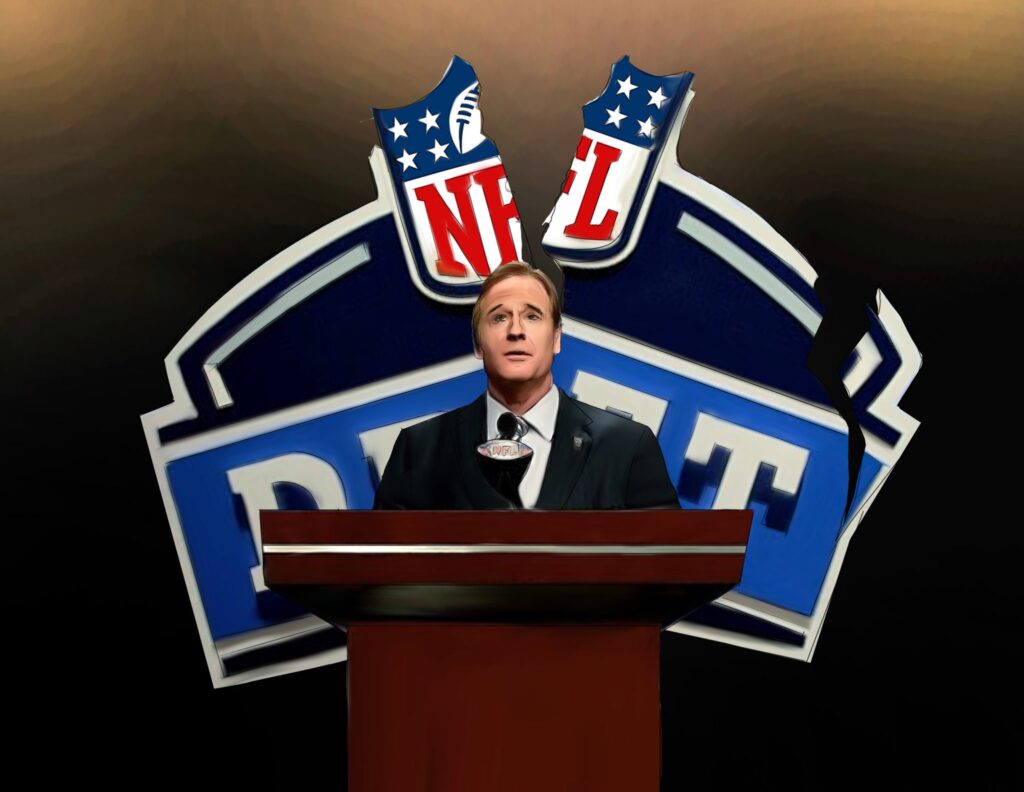 The Cleveland Browns will pick first overall in the 2017 National Football League Draft on Thursday. This will be the 10th time in the 18 years since the Browns re-entered the league that the team picks in the top 10 of the draft.

The most common argument in support of the draft is that it encourages parity, but that clearly hasn’t worked out for the Browns. Despite their many early draft picks, Cleveland hasn’t seen a winning season since 2007 and the playoffs since 2002.

This example of mediocrity shows us fans one thing: It’s time to abolish the NFL draft.

I’d like to abolish the NBA and NHL drafts as well, while we’re at it, but for now I’m willing to settle for just the NFL.

As currently constituted, the NFL draft incentivizes losing and denies incoming players any sort of agency when it comes to their salary or workplace. All that and the draft doesn’t even really improve parity of a league that has seen many of the same teams make the playoffs year in and year out.

Under the rules of the NFL’s Collective Bargaining Agreement, rookies are the best deals in the league. That’s because their contracts are constrained by the rookie wage scale, which keeps their first-year salaries artificially low so teams could get a great investment.

Per the terms of the CBA, each team has a rookie pool it can spend on its draft picks, with the size of the pool descending as the picks get lower. Spotrac estimates that the Browns will only be able to offer the first overall pick a contract worth a total of $30 million over four years.

That’s a whole lot less compared to former first overall pick Sam Bradford’s $76 million contract given to him by the then St. Louis Rams after drafting him in 2010, which is, understandably, upsetting to this year’s pick (Myles Garrett, if the Browns are smart) since he would earn probably double without the rookie wage scale.

In fact, the rookie wage scale only exists because teams went overboard with their rookie deals prior to its implementation, such as in the case of Bradford, who only spent four years in St. Louis throwing for only 11,065 yards, 59 touchdowns and 38 interceptions for a very average 80.1 quarterback rating.

This wage scale makes it so that rookies are the most cost-effective commodities in the NFL. Oakland Raiders defensive end Khalil Mack, for instance, who won the Defensive Player of the Year award last season, is still on his rookie deal, a four-year contract worth $18 million, per Spotrac. Von Miller, the player Mack beat out for DPOY last season, currently has a six-year $114.5 million contract. In 2017, Mack provided the Raiders with Von Miller-level production for just 15 percent of the price.

No wonder teams like the Browns choose to tank. Only through the draft can teams find elite talent that costs as much as a middling veteran.

Thanks to the draft system, NFL teams have a strong incentive to tank in order to secure a high pick. In my mind, any system that encourages losing is a broken system that requires major reformation.

That reformation doesn’t have to be complicated. In fact, it’s as easy as simply making incoming players free agents and creating a set rookie-free agency period.

This change would wipe out any incentive to lose and would allow all teams to compete to sign the best rookie talents. There would be no rookie wage scale to artificially depress the wages of players like Khalil Mack and players would at last have the ability to choose where they want to start their careers.

In many ways, the new rookie system would work like college recruiting. Teams, starting with the opening of the rookie-signing period, would work to court the top rookies of each class with fat contracts and promises of playing time, and each player would be able to choose from a variety of suitors.

The existing salary cap would still be in place to act as a restriction on any one team’s ambitions during the rookie free-agency period.
Sure, the Cowboys might be able to attract more rookie interest than other teams, but they’d only be able to sign as many top rookies as they could fit under the salary cap.

Bad teams like the Browns would still have somewhat of an advantage in the new order, given their large amounts of cap space. All that space would come in handy when competing for the top rookies. Myles Garrett might love Texas, but that doesn’t mean he’s going to turn down additional tens of millions of dollars the Browns or 49ers can offer him.

Most importantly, the new rookie system would prioritize and reward smart teams.

There are undervalued gems like Julian Edelman and Antonio Brown in every draft, players who in the new system would be available for cheap. While the Cowboys might go around pulling in one or two big names with big deals, other teams could snap up lots of these low-cost, high-value players. It’s what the Patriots and Steelers have been doing for years.

Shifting from a draft to a rookie free-agency period would be a massive, but necessary, shift. It’s high time that the NFL and the NFLPA give rookies some actual power upon entering the league.

Abolishing the draft would do that while simultaneously eliminating losing incentives in the NFL. That’s a win-win, and it won’t come at the cost of the NFL’s treasured parity.