As Internal Vice President, Natalie Jordan’s term comes to a close this spring, the third-year history of public policy major reflects on her time in office and what she has accomplished and learned.

“I’ve had a really good experience connecting with so many students … [and] I’m in a position where I get to listen to people’s passions,” Jordan said. 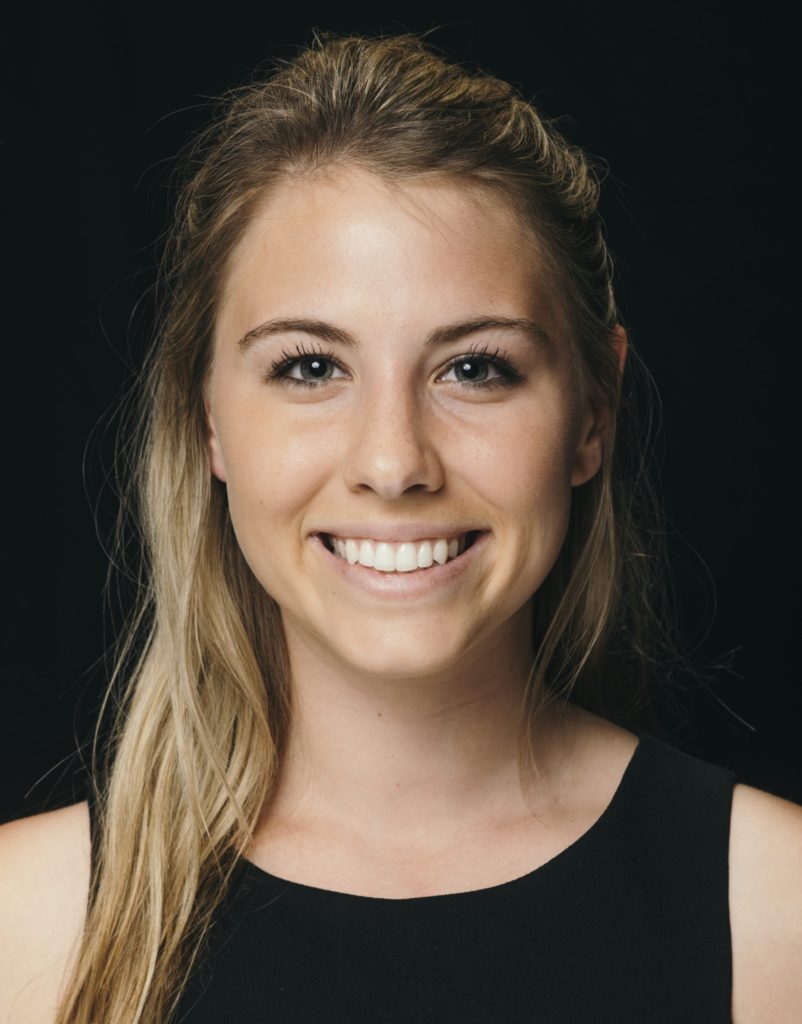 Jordan ran for Internal Vice President (IVP) as an independent write-in candidate on a platform that emphasized getting freshmen more involved in A.S., creating more prepared senators through increasing the A.S. Fellowship Program and changing the dynamic of the senate through the implementation of i>clickers in the voting process.

Jordan said IVP is “kind of a silent, behind-the-scenes job” because the primary functions of the position are to run senate meetings, maintain the internal functions of the association and work on its own projects.

She is most proud of her work to expand the A.S. Fellowship, which allows students to become fellows to A.S. senators and executives and learn about the inner workings of the association.

According to Jordan, 100 students applied to be fellows and 66 were chosen. She added that many fellows are running for A.S. positions in this election.

“This is what I wanted it to be,” Jordan said. “I wanted it to be somewhere people could actually learn about the internal functions of the association before diving into a role.”

During her campaign for IVP, Jordan stressed her interest in working with freshmen to increase their engagement with A.S. While she does not know how to gauge the effectiveness of her efforts, Jordan said she tabled in residence halls and reached out to freshmen in the Summer Start Program and during Week of Welcome. She hopes the work she did encouraged freshmen to join A.S.

During her time as IVP, Jordan was charged with leading senate meetings, which at times could become disorderly when senators disagreed on issues or when controversial topics were discussed at public forum.

In November, the senate moved its meeting into Corwin Pavilion from its normal Flying A Room in the UCen as it planned to vote on a resolution that would allow conservative orator Ben Shapiro to speak on campus. The meeting lasted six hours, and the senate voted to approve the resolution.

According to Jordan, she was able to maintain a stable climate during the meeting because she established agreements and rules everyone had to adhere to.

Jordan also said while public forums can cause tensions to run high and extend senate meetings, she thinks it is “really beautiful” when so many students come to voice their concerns to the senate.

“The biggest part about that is when someone comes to talk to the senators, I think as an exec or as a senator, people forget that these people are taking time out of their day-to-day schedules to come and speak,” she said.

“Whatever they’re talking about is a part of their reality, so in a situation where a senate meeting goes for six hours, it’s not something people can see as something bad, but in reality more students are engaged in the issues,” she added.

Nushi Yapabandara, a third-year philosophy major, ran against Jordan for IVP in the A.S. election last spring. She said she “commends” Jordan for the way she has handled the senate.

Yapabandara said she hopes next year’s IVP is “able to maintain the level of strictness and discipline and respect that Natalie has … made a standard in senate meetings.”

Jordan said many unexpected projects arose during her term that were not on her campaign platform, including the creation of an A.S. orientation program, which acts as a guide to those first introduced to the association, as well as the projects that fellows in the fellowship program took on themselves.

She was most excited about the designation of an A.S. liaison from Counseling and Psychological Services to be available with students who work within A.S.

According to Jordan, A.S. is a “lifestyle” and students make choices and sacrifices based on their involvement in the association.

“A lot of students, because of how taxing it can be, were experiencing a lot of mental health stresses,” Jordan said. “And I can totally understand that; I’ve been there.”

Jordan said the designated liaison has done group sessions with the senate, attends senate meetings and has been involved in the current elections by checking in with the candidates’ wellbeing.

Jordan also reflected on the projects she hoped to do but was unable to complete, including bringing food trucks in the Arbor during finals week and using i>clickers during senate meetings.

According to Jordan, university administrations halted the plan for food trucks. She said when she realized her i>clicker plan would not work, she altered the goal to eventually attain a more permanent space for senate meetings.

The IVP said that at the beginning of her term, she was “so bad at delegating,” which posed a learning curve for her as she settled into IVP.

“I’m kind of a controlling person and I want things to go my way … because I think sometimes I understand the greater picture, and it’s very naive of me to think that and I realize that,” Jordan said. “Sometimes I realize that instead of controlling a situation, it’s better to let others take a shot at it.”

Yapabandara, who worked as Jordan’s director of programming during Fall Quarter, said she recognized Jordan’s struggle to give other staff members tasks as she “gunned through” and tried to do everything herself.

According to Yapabandara, this hindered Jordan’s ability to complete all the projects she wanted to.

“I feel like she could have been a lot more transparent and accessible to everyone,” Yapabandara said.

Jordan said that after her time as IVP, she has realized that the position is “experiential learning.”

“No matter how much preparation you’ve had before or experience with this community, there’s really no way to learn how to manage an association of over 800 students overnight,” she said.

According to Jordan, the next elected IVP needs to focus on preserving a stable environment at senate meetings. She attributes her ability to handle the senate to the fact that she was an independent executive and “never had to play any games with anyone.”

“I think the next IVP needs to make sure they’re maintaining an unbiased viewpoint and also [make] sure that they’re really checking in with everyone and maintaining a really positive climate,” Jordan said. “You can only do so much, but trying at least matters.”

As her time as IVP comes to an end and A.S. election season is almost over, Jordan said she loved the chance to be a “change-maker” in the association and now understands more about herself and her capabilities.

“Sleep is way overrated,” Jordan said. “Four hours a night is the slumber of champions.”

Jordan said after her term is complete, she will continue her position as vice president of the Isla Vista Community Service District as well as her full-time job as the senior event coordinator at the Santa Barbara Polo and Racquet Club.

A version of this story appeared on p.4 of the Thursday, April 26, 2017, print edition of the Daily Nexus.