Jasmine Sandhu, having served with A.S. Finance and Business Committee, Internal Affairs Committee and Senate, looks to be a fit replacement for Natalie Jordan, the current IVP. 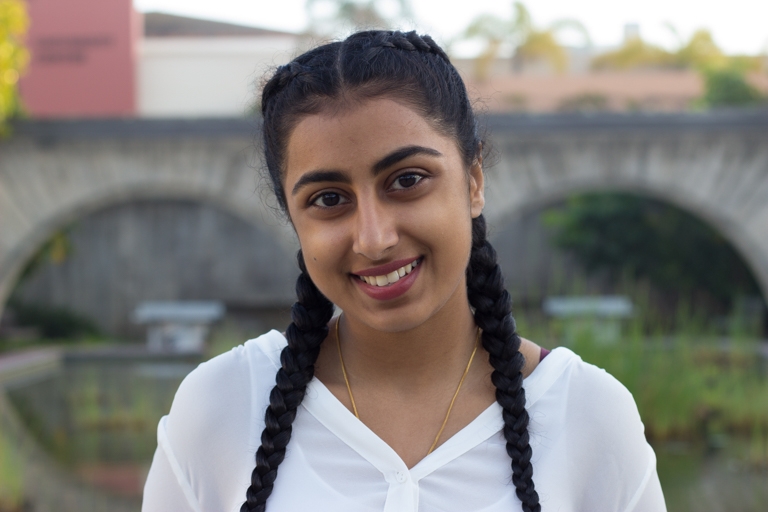 Sandhu, a third-year political science and biology double major, is running with Campus United. She has worked with the A.S. Internal Affairs Committee, where she became familiar with the legal code and worked as a senator where she came to understand the processes and nuances of being a part of student government.

Her only opponent, Isla Vista Party candidate Lesly Silva, has dropped out of the race after stating she is interested in working in other on-campus positions. As Jordan vacates the position, Sandhu, the only candidate left in the IVP race, looks to be a fitting successor, having said she wishes to prioritize some of Jordan’s main focuses: cutting down inefficiencies and improving communication.

Sandhu plans to focus on streamlining A.S. with a focus on increasing efficiency and communication between the boards, commissions and units (BCUs) and the senators.

Sandhu has worked to better train senators for their roles and to explain the legislative processes to new members through additional workshops. She plans to extend training to the BCUs in A.S. in order to make each segment of the association informed and prepared for their role.

Sandhu has been working to create a website to make A.S. services accessible and well-known, which would be useful in making sure the separate entities of the association are being recognized and used appropriately.

Her focus on efficiency and informing senators of their duties through training should make the Senate run smoothly, which will be helpful in facilitating meetings and ensuring the association’s structure is fluid and sleek.

While Sandhu has worked in A.S. Finance and Business Committee as a vice-chair and understands what activities are being funded, her focus on creating student businesses such as thrift shops or additional coffee shops on campus has the possibility of becoming a misguided task with the potential to cause financial problems for A.S. if it is run inefficiently.

While Sandhu’s desire to lower student fees by using student businesses to acquire revenue is well-intentioned, the financial feasibility of such plans should be thoroughly considered.

As IVP, Sandhu would do well running Senate meetings and improving the communication between BCUs. Having been involved as a senator, member of Finance and Business Committee and as part of the Internal Affairs Committee, Sandhu will acclimate to the role of IVP easily and has the potential to maximize the association’s efficiency.