The Daily Nexus
News
Parker J. Williams Was a History Buff, Loved Nature and Rock Music
April 20, 2017 at 12:07 am by Supriya Yelimeli

Parker James Williams was an avid reader, rock lover and budding historian who had a deep connection with nature. He died on April 12 at UC Santa Barbara and was 20 years old. 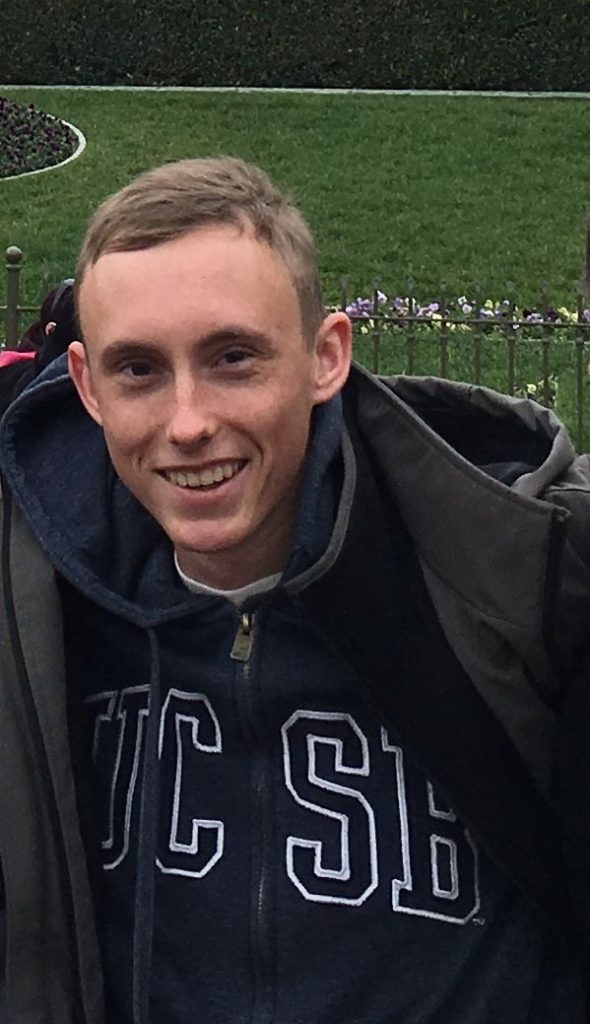 Parker was in his second year at UCSB, studying psychology and history while working at UCSB Adventure Programs.

In his childhood, Parker dove into marching band, the Boy Scouts of America and took pride in his academics.

He also attended a Toy Soldier convention with his father, Rand Williams, every year. His father said Parker expanded his knowledge of history through these conventions. The conventions were their tradition, and Rand said, “It’s gonna be tough next year knowing that I won’t share that with him.”

Once he became a history buff, Rand said Parker was fascinated by the controversy and treaties that evolved from World War II.

Parker’s favorite person in history was Winston Churchill, his dad said, and the two once visited Churchill’s secret subterranean command center on a family vacation to London. “It was tough to pull him out of there,” Rand said.

Parker’s room was full of books, Rand said, and he particularly liked science fantasy novels. He loved “Star Wars” and was just starting to get into “Star Trek,” beginning with the T.V. show. “He wasn’t a big fan of the movies,” Rand said, describing Parker as a “purist” when it came to pop culture.

“He was an old rocker at heart; he was a huge Beatles fan,” Rand said. The White Album was likely Parker’s favorite, and his dad said Parker once went out of his way to find the album for his younger sister. The album will be placed at his service on Saturday.

“That’s the kind of thing he was doing. He was always looking out for others,” Rand said. “The caring person that he was, he always championed people that were left to the side and the people who fell behind.”

A group of nearly 20 people from Adventure Programs held a memorial for Parker Monday at Campus Point, gathering next to a rental office where Williams worked and spent much of his time on campus. 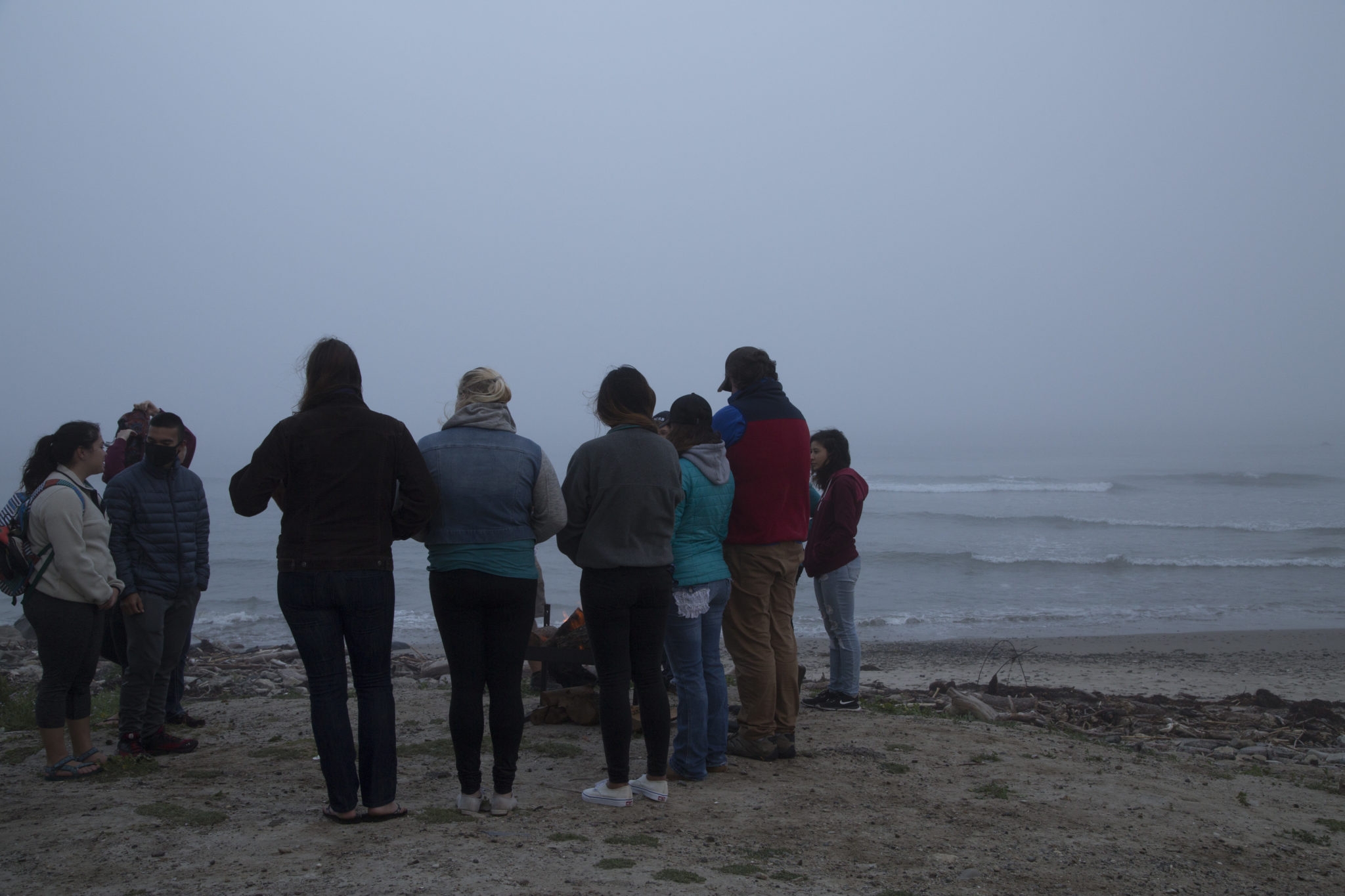 A group of students from Adventure Programs gather around a fire at Campus Point to remember Parker J. Williams on Monday, April 17. Dustin Harris / Daily Nexus

Huddled close to each other around a small fire, the circle took in the sound of crashing waves, wrote messages to Parker and chose to either toss in the notes or share their memories aloud.

Several members of the group worked closely with Parker after he completed his Leadership Training Course last year and remembered him as diligent, careful person who had an “eagerness to do well for others.”

“The world was better with him in it,” one friend said, adding that Parker had “a magical presence that made you feel comfortable.” Another recounted her shifts working the rental office with Parker, saying he made her a better employee and a better person.

Rand shared with the Nexus a speech Parker presented at his Eagle Court of Honor ceremony. It is printed it here in its entirety:

“Scouting for me was never about the Eagle. I’ve always been more enamored by the journey…Nothing can take from me the majesty of watching a sunset from the top of Big Bear Mountain, the calm of napping near a gentle creek in Whitsett forest, the rush of adrenaline from fighting white water in the Kern River Valley…Whenever I need a reprieve from life’s sad noise or dull hum, all I need to do is remember the beauty and vivacity of nature, and suddenly, I have the motivation to push on so that I may explore more of these unique paradises…what has made my time here (Scouting) truly enjoyable has been the time spent with friends.

I’ll never remember the hundreds of conversations that were had, but I will remember the smiling and laughing, simply being content. An indicator of this is that no matter where we go camping, the heart of the trip always seems to be at night when we all gather around a campfire, a lamp lit table, or all cram inside one tent to play cards while laughing away the troubles we left at home. It is an innumerable amount of amazing memories…and each one I will look fondly upon for the rest of my life.” 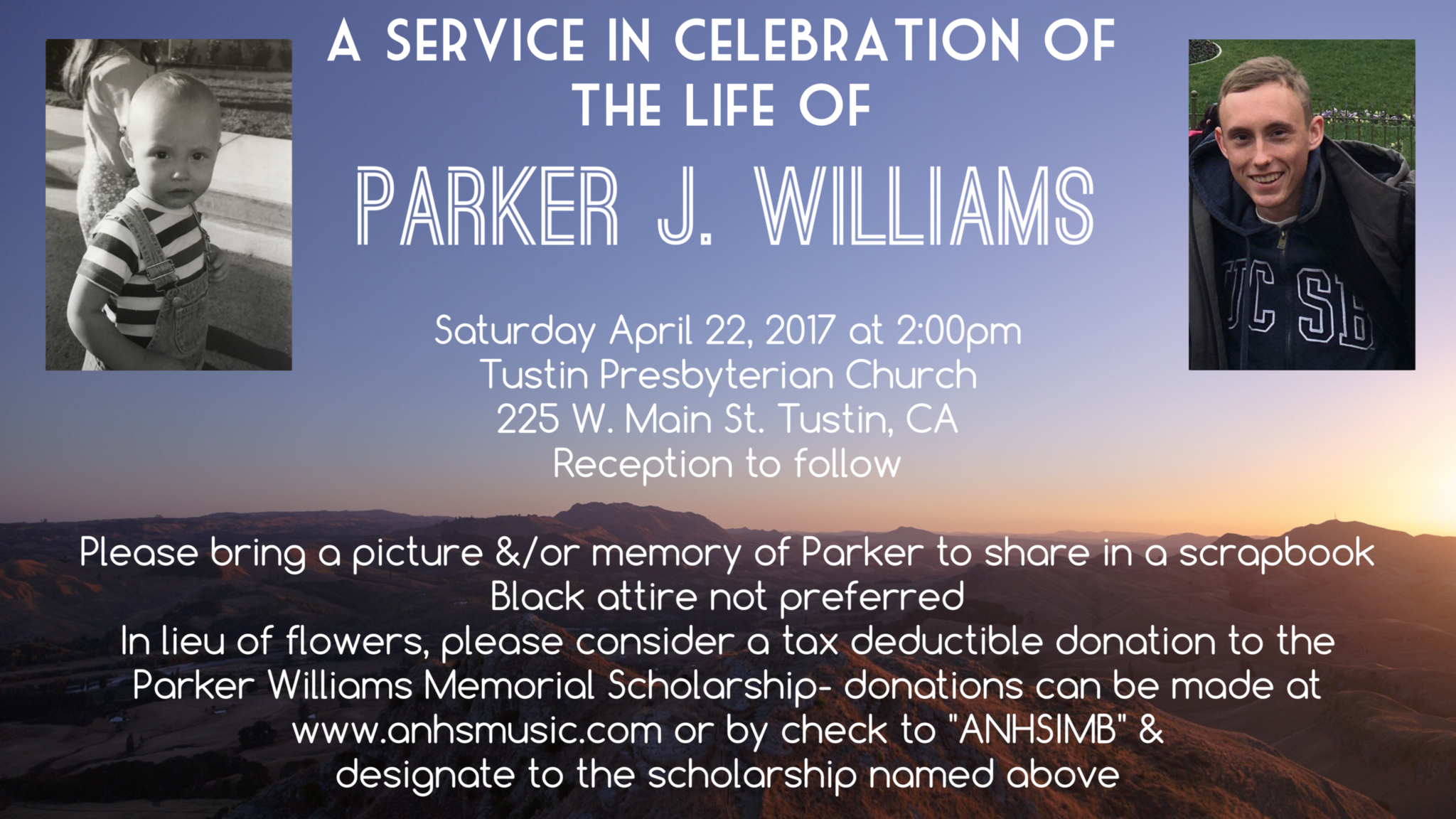