There are a total of 324 surveillance cameras on the UC Santa Barbara campus and in university-owned buildings, raising questions about where students are being monitored and how campus departments use the footage. 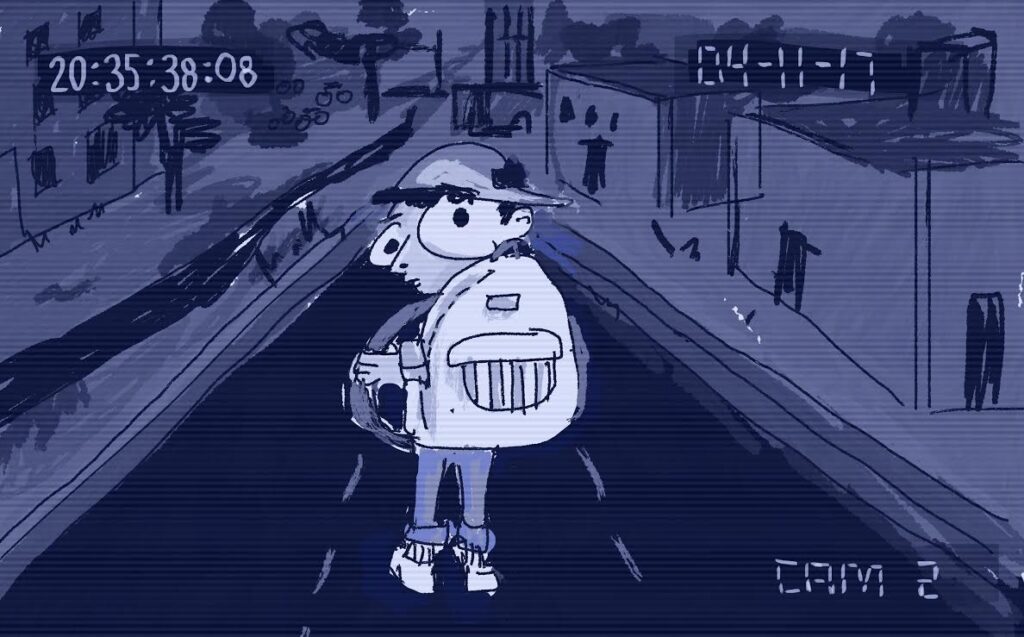 Of the 324 cameras, 167 are installed by Enterprise Technology Services (ETS), a campus department focused on the university’s information technology and security.

According to Thomas Howard, the ETS service engineer manager, the majority of the ETS-installed cameras are located in the library and administrative service buildings.

Howard said any university department can request cameras from ETS, where the need for the camera will be evaluated by Howard and Kirk Grier, the ETS director of infrastructure. The cameras are purchased by the department and, according to Howard, typically cost between $300 and $1,200.

There is not, however, a thorough policy in place that outlines the steps taken to install a camera, and the university is currently in the process of drafting a new policy for installing security cameras. The university’s latest policy was created in May 2008.

Matthew Hall, associate vice chancellor and chief information officer, said that under current policy, camera footage is accessed and monitored by each department that owns the camera. The footage is only released during police investigations or when there is compelling interest to uncover what was filmed.

Hall noted that the university is in the process of creating a new policy to specifically outline the regulation of camera use.

“It’ll vary by various departments, and this is a reason why we’ve started the dialogue,” Hall said. “We want a policy that says, ‘If you’re going to manage a camera, there are practices and standards to which you have to adhere that balance privacy, safety and security.’”

The group drafting the new university policy was created around four months ago and consists of law enforcement, university administrators, university staff members and Jennifer Lofthus, the chief of information and security officer.

The UC Office of the President is also creating a new system-wide policy change.

According to Hall, security cameras pose an “ethical burden” due to controversy between increasing surveillance and maintaining people’s privacy. He also described them as a “monetary burden” because individual departments pay for their installed cameras.

Hall noted that the installation of security cameras undergoes a different process for interior and exterior cameras, as “staff issues and union issues” may arise when such groups deny access to being filmed inside buildings.

“We have to consider there are certain labor classifications that explicitly prohibit this particular thing,” he said.

Hall said he wants the future policy to include a requirement to attend a privacy training for those who request cameras to learn how “to respect the privacy of our community.”

Many students may not be aware of security cameras, and Hall said the new policy will designate more signage to show students where they are being surveilled.

Hall said he estimates that the policy will be completed by the end of the calendar year.

Ruby Stewart, a first-year psychology major, was studying on the fourth floor of the library when she noticed the security camera hovering above her.

“I honestly didn’t know there was cameras,” she said. “I don’t feel uncomfortable, though, because I feel like it kind of makes sense. I feel like if they’re misusing it, just to kind of like, watch us, that’s creepy. But if they have like a purpose, then it’s fine with me.”

Stewart said she thinks the cameras would be useful if there were a crime in the library, but she said students should be more aware of the cameras’ presence on campus.

“I didn’t know … so obviously there should be more signs,” she said. “Because if you have signs, people will say, ‘Oh, there’s cameras, I shouldn’t do anything stupid in here.’”

According to Gary Johnson, the associate university librarian for research and scholar services, there are cameras on every floor of the library, the majority being on the first floor due to the amount of general and emergency exits.

Hall said he wants to remind students that they are “under constant personal surveillance in the world,” and the presence of cameras on a university campus is typical due to the high volume of visitors and amount of expensive infrastructure and research equipment.

“We’re trying to clarify [students’] rights through policy,” Hall said. “The university has not only a right but a compelling interest in surveilling an area to make sure you’re safe and to make sure our property is protected.”

Abigail Hunt, a first-year biology major, said she doesn’t mind having cameras on campus because they act as a “safety precaution.”

“It makes me feel safe, like if something did happen they’d be able to record it,” Hunt said. “But I don’t feel the need to know where things are because I don’t feel like I do anything that I should worried about being watched.”