The Daily Nexus
Sports Blogs
Not Defined By the Dime: The Transformation of the 1
April 20, 2017 at 5:07 am by Sean White

As players evolve, so do the qualifications of their respective positions and roles. While spot-up shooters, lockdown glue defenders and rim protectors still are prevalent in the game of basketball, the value of a multi-dimensional player who possesses a variety of tools has skyrocketed.

Of course, not every player possesses the abilities of LeBron James, Kevin Durant, Giannis Antetokounmpo, Draymond Green or Kawhi Leonard to play the one through five on the court, but the NBA’s current state of players has established a heightened list of expectations.

At the forefront of this ascension is the transformative state of the point guard. 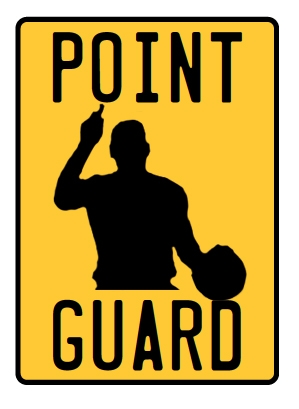 Considering the last two decades, there have been strides of improvement within the position that continue to amaze us all as they unfold.

Destined to continue its growth, there remains one unanswered question: What determines an elite point guard? What should be taken into full account when evaluating and labeling a point guard with what has become such an unpredictable status? Is it assists? Points? Plus/minus value? Postseason success/experience?

No clear-cut answer prevails, and there’s no guarantee as to whether or not there will ever be one. Yet, the time is now to acknowledge and appreciate the mounting progression of the point guard earning more stardom in the NBA.

The traditional approach of being a pass-first, low-scoring point no longer defines the coveted floor general. Although the fundamentals of being able to run and orchestrate the offense from the top of the key are still staples, the “one” has transformed into a more versatile entity within itself.

While various elements, including the type of offensive/defensive systems implemented, player roles, scouting, coaching and executive responsibilities, each have an influence on player performance, point guards are reaching a new pinnacle of significance.

NBA history has been rewritten following the milestones of point guards over the years.

From Derrick Rose becoming the youngest NBA MVP ever to Steph Curry becoming the first ever unanimous NBA MVP in his second-straight winning of the award to Russell Westbrook breaking Oscar Robertson’s record by setting the new single-season triple-double record at 42, the NBA’s longtime “Where Amazing Happens” campaign seems to be most fittingly applied to today’s arsenal of point guards.

Looking ahead to the 2017 NBA Draft — set to take place on June 22, 2017 — the point guard position is set to be the most coveted cohort of players on the board in the early portion of the first round.

It is possible that five point guards — Markelle Fultz, Lonzo Ball, De’Aaron Fox, Dennis Smith Jr. and Frank Ntilikina — could be selected in the lottery, which would be the most since 1999.

While the upcoming class of point guards will anticipate adding their own style to the game, the diverse makeup of today’s offensive leaders include a nostalgic nature as well.

Reminiscent with the likes of legends Earvin “Magic” Johnson and Oscar Robertson, the notion of the “point forward” is even more relevant in the NBA today with the emergence of the aforementioned Antetokounmpo and James or the 76ers’ decision that Ben Simmons will run the point in his debut next season.

Likely to be judged as oversized or too uncoordinated for the point position if viewed by the standards of the ABA or NBA’s early years, the developing trend of bigger, stronger and massively built players has changed the prototypical state of the point guard for the better.

Just look at the hype and frenzy we all went into when then prospect 7-footer Thon Maker’s basketball highlight tape went viral on social media, with him coming up the court and performing AND-1 like, ankle-breaking crossovers while pulling up for shots from just about anywhere on the court.

Surely there’s no way anyone could discredit the heart and talent of current playmakers like Chris Paul or Isaiah Thomas, who are on the shorter side of the height spectrum, but the existence of the “Space Jam” Monstars build (for lack of a better word) of players transitioning into point guards is fascinating and fun to watch.

Despite the contrast in build and body frame, this same transition applies with players like James Harden, who was named the Houston Rockets’ point guard after the hiring of Mike D’Antoni and has exceled since then. He finished the 2016-17 NBA regular season with career highs in points per game, assists (11.2) and rebounds (8.1), leaving many in favor of him winning the NBA MVP award.

With an ability to create his own shot and drain it from either short or long-range distances and drive and kill defenders off with his signature Euro-step or draw fouls, Harden’s skillset has been enhanced most by his improved vision on the court when scoring or finding open teammates.

But the dynamic of the point guard doesn’t end with size, athleticism, scoring or passing ability; it also includes the slashing and aggressive nature of players such as potential NBA MVP Russell Westbrook and John Wall.

Although everyone is entitled to and possesses their own liking for each style, the NBA point guard has become somewhat atypical due to the fact that it’s a position constantly redefining itself.

With the NBA playoffs in full effect, all of the league’s top point guards are performing on the game’s biggest stage. It is time for us all to delay the “elite” discussion and appreciate what’s available at the moment before it’s too late, and all that’s remaining are game highlights and jerseys in the rafters.