As some of you may already be aware, April is the greenest month for two reasons: 4/20 (aha ayyyy lmao) and the wholesome celebration of Earth Month. Arguably, caffeine surpasses jazz cabbage as Isla Vista’s drug of choice, so the Bean Queen is back to investigate a few coffee locales and rank their affordability, flavor and sustainability. As of 2015, UCSB is the greenest public university in the nation and is ranked third across the U.S. as a whole. Let’s see if I.V. can compete in the way of sustainability. 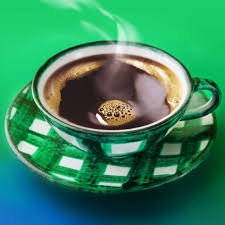 First, let’s get some vocabulary out of the way:
Jazz cabbage: That’s weed, ya nerd.
Fair Trade: You have likely seen this slapped across plenty of bags of beans and cups of joe, but what does it really mean? If coffee is Fair-Trade Certified, it usually means that the farm belongs to one of 360 worldwide co-operatives to whom they must prove that their workers are being fairly compensated and kept safe on the job. This membership benefits Fair Trade workers in a sort of minimum wage guarantee whereas many non-Fair Trade affiliated bean farmhands fear pay changes in the boom-and-bust cycle of coffee prices. U.S. Fair Trade now certifies corporate plantations that compete with these small farmer co-ops, which has led to much criticism. However, certification still helps many small farmers obtain long-term contracts. As far as bean quality goes, Fair Trade means that a combination of products is purchased from the grower, so bean qualities are combined in one marketed product.
Direct trade: Roasters that operate through direct trade cut out the middleman altogether and buy directly from growers. Many argue that this is both better for the farmer and the consumer as more money goes straight to the grower instead of paying dues to co-ops, and only the premium beans are purchased by the roaster.
Shade grown: This means the coffee beans were grown under a canopy of trees to promote tree and bird ecology.
Organic: Certified organic coffee is grown without artificial chemical fertilizer, pesticides, herbicides or other substances.

Sustainability: 5/5
Though often overlooked as a coffee bar and grab-n-go lunch/snack stop, these guys have got some top-notch brew as far as sustainability is concerned. This coffee is made from organic, direct trade Pachamama beans, a co-operative governed directly by small coffee farmers. Though the Bean Queen has yet to speak with every coffee vendor in town, there’s no doubt one would be hard-pressed to find a more sustainable cuppa in I.V. or even “in all of SB,” as Co-op Outreach Manager Marissa Bragstad proudly hypothesizes.
Flavor alone: 3/5, Flavor paired with Blunt Wrap: 4.5/5
Two brews are available at the Co-op coffee bar. The Farmers’ Organic Premium Blend Extra Dark Roast was full bodied and smooth, to be expected of any dark roast. Seasoned Coffee Column readers will recall that more roasting equals less caffeine and less acidity. As it was 6:30 p.m. on a Monday and your resident roastmaster had a sorority meeting to sit through, I opted for the lighter Nicaraguan blend (less roasting equals more caffeine equals ability to listen to sorority gals). The brew was interestingly fruity and acidic at the same time, alienating both veteran caffeine lovers and sweet-tooths alike. Though I wouldn’t recommend it on its own, my world flip-turned upside-down when I washed down a bit of my Blunt Wrap (the Co-op special April wrap) with the beverage.
Perhaps I was just in the 4/20 holiday spirit, but, somehow, the pair was greater than the sum of its parts; these Co-op peeps know what they’re doing. Something about the light and fresh tastes of the sprouts and arugula quenched the acidity of the brew. The sweet crunch of the fresh bell pepper foiled the originally out-of-place fruity sweetness, bringing out the more subtle spice notes in the coffee. The wrap’s avocado finally brought it all home with that creamy, fatty, omega-3 goodness I never knew I needed in my coffee. Beans to brew your own Nicaraguan blend are available in bulk on the shelves, but I’d stock up on wrap ingredients, too, if you’re planning on brewing a pot at home.
Affordability: 5/5
Many people think of the Co-op as being expensive, but this is actually one of the cheapest cups of coffee in Isla Vista. It’s only $1.25 for a large coffee if you bring your own mug (further promoting sustainability in incentivizing minimal waste). If you forget your cup, a small coffee is still just $1.55 and a large just $1.85. Plus, the limited edition Blunt Wrap is just $4.20 in the spirit of the season, so a delicious, filling, nutritious, vegan lunch is just over five bucks. 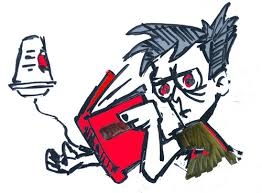 Sustainability: 4/5
I.V. Drip sources their coffee, like many shops in the Santa Barbara area, from Green Star. Green Star locally roasts off Los Carneros and sources their beans from organic, Fair Trade regions across the globe. They’ve got the Co-op beat with their local roasting, but the sourcing involves a middleman, which is frowned upon by some.
Flavor: 4.5/5
Plenty of local eateries commission their coffee from Green Star, but somehow I.V. Drip’s brew is the tastiest, most satisfying the Bean Queen has yet encountered. The roasts rotate from day to day, and some are hit-and-miss, but the French Roast is always a solid choice. Mellow and yet somehow simultaneously rich, this classic brew never disappoints.
Affordability: 5/5 during Dead Week and Finals, 4/5 On the Reg
During Dead Week and Finals Weeks coffee at the Drip is famously “a buck a cup,” regardless of size. Otherwise $1.75 for a small cup, the affordability of this brew just barely falls behind Bagel Café and the Co-op. For a bit of perspective, campus coffee is $1.85; why we’re charged 10 cents more for that sludge is a mystery to me.

Sustainability: 3.5/5?
Bagel Café sources its coffee from Santa Barbara Roasting Company, fondly known to fans as RoCo. RoCo offers some “Naturally Grown Coffees” which are organic, Fair-Trade Certified and shade-grown to promote biodiversity. Though the roasts offered at Bagel Café are not explicitly labeled as RoCo’s Naturally Grown variety, if they indeed are, these brews could rival the sustainability of the Co-op’s.
Flavor: 3.5
Maybe it’s just because it’s impossible to be dissatisfied while munching on a bagel, but Bagel Caf coffee is mighty good. Again, Coffee Column readers will remember that flavored coffee is generally a cover-up for low quality beans, but all the brews here, including hazelnut and vanilla, are still pretty tasty.
Affordability: 5/5
At $1.50 for a small, $1.75 for a medium and $2 for a large, this is actually the cheapest cup of joe in I.V. if you’re not counting the BYOM discount at the Co-op or seasonal “buck a cup” at I.V. Drip. Plus, cheap and delicious bagels.
Stay tuned for more sustainability rankings of Isla Vista’s Coffee in upcoming issues courtesy of the Bean Queen herself.