The Daily Nexus
News
Best Buds Run Dispensary Out of Isla Vista
April 20, 2017 at 12:39 am by Tamari Dzotsenidze

Trevor Barrett, a third-year sociology major, was a first-year living in the Santa Catalina Residence Hall when the idea for the Isla Vista Treehouse Collective, a medicinal marijuana delivery service, was hatched. 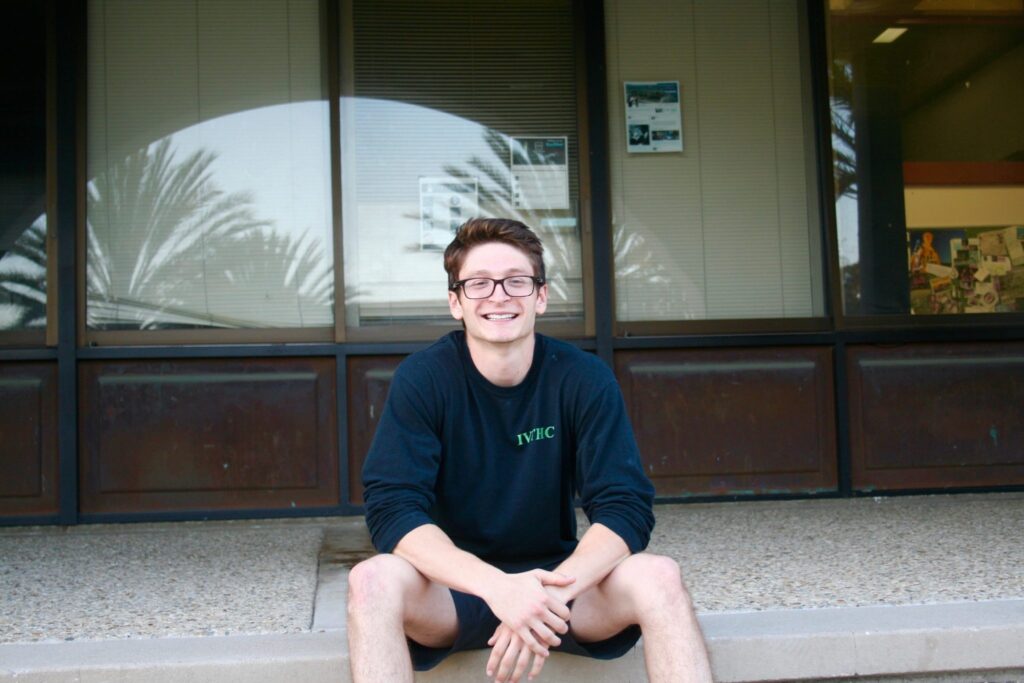 This growth has been a long time coming. He and his former business partner first approached their lawyer on Dec. 1, 2015; they launched over a month later on Jan. 28, 2016.

In the early days, he campaigned on foot with his friends by handing out flyers at fraternities, stapling them to telephone poles and handing out business cards as early as 8 a.m.

These sacrifices haven’t ceased now that the business has grown. Barrett said his biggest challenge is the loss of his social life and youth. He cites stories of walking out during midterms because he had to answer business calls and driving all night with his friends to pick up product from San Francisco and be back before 10 a.m.

“People think because I’m in this business I must smoke all the time, but I’ve never smoked less,” he said.

Barrett now employs a UCSB senior, a recent graduate and two seasonal out-of-town workers. His former partner bowed out of the business due to parental backlash. However, the two remain on good terms.

“I do cater to a lot of out-of-town patients, but the bread-and-butter daily routine is mostly from UCSB students,” he said.

Barrett operates his company based on the “three Ps”: product, price and promptness. The Treehouse currently has the most five-star ratings in I.V. on Weedmaps, a source of pride for Barrett. He said all of the medicine sold is organic and that he goes out of his way to maintain the best quality.

This attention to quality sometimes has financial consequences; one time he dropped a significant amount of product, which he then couldn’t sell. Product that dries before it can sell is taken off and slated for personal use rather than being sold to ensure that customers receive quality medicine.

It is for this reason that he doesn’t like the direction recreational marijuana use is going. While he isn’t against the principle, he believes it needs to be better regulated and that sellers need to consider what customers are putting into their bodies.

The biggest issue facing the business is banking, Barrett said. Because marijuana is still a federally regulated substance, banks do not accept money made off marijuana. Barrett described this as an “annoyance,” citing safety concerns for himself and his staff, difficulties of being a cash-only business and backlash from customers who wish to use credit cards to pay.

With regulations constantly changing and Barrett shifting his focus more toward cultivation, the future of the I.V. Treehouse Collective is uncertain.

“I get asked all the time, ‘Would you sell it, would you sell it?’ and the answer is I don’t want to. It’s like asking if you would sell your child,” he said. “But the way the laws are written they technically say delivery services will be banned.”

Despite these setbacks, he maintains hope for the future of the Treehouse. Cities like San Jose have started to issue registrations to allow dispensaries to deliver medical marijuana, giving hope that deliveries may not be completely banned.

Barrett said he has also considered creating a physical storefront, but he was deterred by the amount of capital necessary.

All profits he is making are going back into the business, particularly his farm. Though he lives comfortably, his lifestyle isn’t extravagant, and he pays his employees well.

For Barrett personally, once he graduates he plans to leave Santa Barbara behind.

“Monetarily, it makes a little bit more sense to be going up north,” he said. He plans to increase the cultivation side of the business and eventually use the proceeds to retire by 34 and move into other types of agriculture.

“I love agriculture. I’ve always wanted to do crops, [but] it’s just expensive and marijuana’s a cash crop,” he said. “It got me into the industry I have always been dreaming of being in … I don’t have the money to buy 50 acres of almonds and start there.”