The Daily Nexus
News
Despite Budget Cuts, I.V. Stakeholders Hold Out Hope for Community Center
April 19, 2017 at 9:46 pm by Phi Do

Gina Fischer, district representative for Third District Supervisor Joan Hartmann, announced during an Isla Vista Community Network meeting last Thursday that the community center would not be receiving funding from the Community Development Block Grant (CDBG). The program, designed to provide communities with resources to address unique local development needs, would have brought in $400,000 to the project. 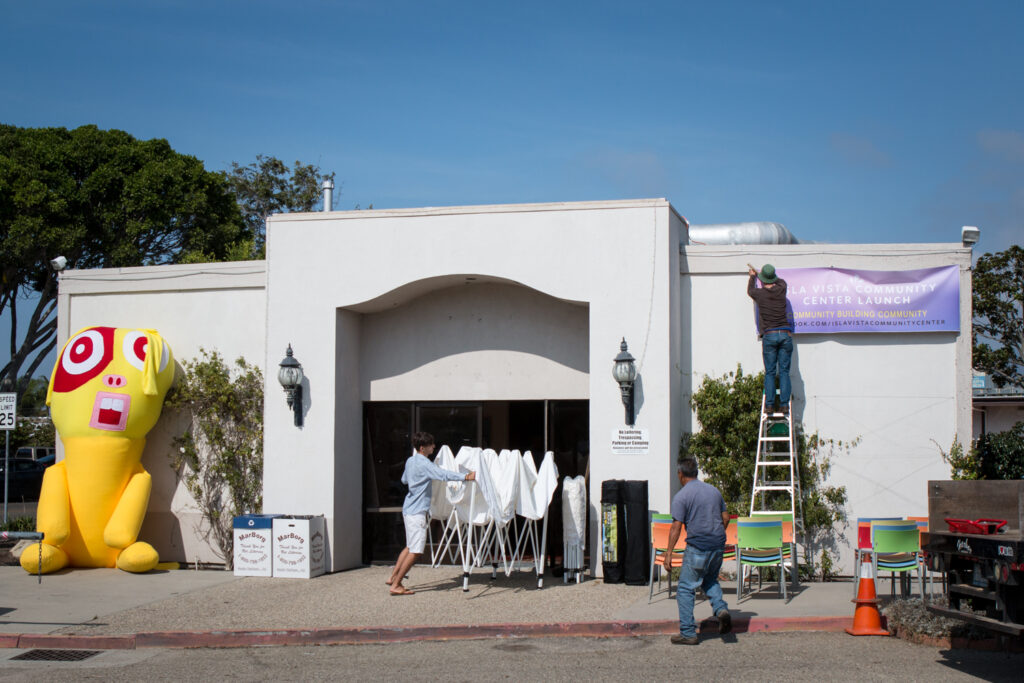 According to Skip Grey, assistant director of the county’s General Services Department, renovations for the community center are currently under phase one with funding allocated to address maintenance, repairs and other code compliance issues.

“[Phase one] pretty much gets the structure ready to use as a basic ‘vanilla’ space that can be occupied,” Grey said. “So the community can begin using it after phase one is completed.”

With its budget already tied down, Santa Barbara County applied for the CDBG to help start phase two. Grey said the money would be used to add additional renovations like a shade structure and garage doors for outdoor use, a classroom space and upgrades to the kitchen, bathroom and lighting.

Part of the budget cuts includes eliminating funding for the CDBG program. According to the federal Office of Management and Budget’s (OMB) budget blueprint, the program “is not well-targeted to the poorest populations and has not demonstrated results.”

Several Isla Vista projects have received funding from the CDBG program in past years. Jay Freeman, an I.V. Community Service District (CSD) board director, said some of the programs the CDBG has funded include the I.V. Youth Projects and the I.V. Sidewalk Improvement Project currently underway along Sabado Tarde.

“[CDBG] is designed in order to provide infrastructure and housing upgrades for dense, underprivileged and complicated communities,” he said. “Not having that program anymore is going to make it a major complication to how we allocate resources.”

U.S. Housing Secretary Ben Carson made additional statements on Thursday regarding the proposed cuts during a press conference in Miami, the Miami Herald reported.

In response to Carson’s statement, Freeman said it is not clear what he means.

“For all we know, that means that they intend to keep some tax cuts that’s in there,” Freeman said.

The proposed elimination of the CDBG also comes during a time of budget shortage in Santa Barbara County. The county is currently looking at approximately $40 million in cuts, said Cameron Schunk, district representative for First District County Supervisor Das Williams.

“Every year, we try our best to balance the budget and a lot of that money comes from grant funding,” Schunk said. “I think the key thing for people to understand is that this all translates into real world services that you and I use every day. It’s very easy to feel disconnected until you go to access a county service, and they say, ‘We don’t provide that anymore.’”

Throughout the week, the county will be conducting budget workshops to consider proposals for the 2017-18 spending plan. Schunk said the departments were asked to overcut, so the proposed budgets include approximately $8 million worth of extra funding.

“What we wanted to do was cut heavily and then be able to restore things that we thought were very critical,” Schunk said. “So of course we were going to have to make huge cuts, and there’s going to be big losses, but the idea is that we could minimize that by cutting huge [and] then going, ‘Okay, which thing do we want to restore or expand upon?’”

One of such requests came from General Services, which asked for an additional $18,000 of general funds to be allocated for the community center’s ongoing maintenance. Jonathan Abboud, who serves as director on the board of the Isla Vista Community Development Corporation (IVCDC), said the money is necessary to preserve the center’s basic operations.

“We’re sending a lot of people to the county budget hearing to speak up for Isla Vista,” Abboud said.

Despite the lack of funding from the CDBG and proposed cuts to the county, I.V. stakeholders are still rooting for the community center’s success.

In addition to the CDBG, the county also applied for the state’s Housing-Related Parks Program (HRP), offered to cities and counties with affordable housing programs. The grant could potentially bring in approximately $1.1 million to the I.V. community center project.

Spencer Brandt, I.V. CSD director, who also plans on attending the county’s budget hearing on Wednesday in support of the community center, said people are excited about the HRP grant and believe it will revitalize the project.

Besides the HRP grant, Isla Vistans are seeking other ways to fund the center through independent fundraising efforts. Brandt, who also serves as the director on the IVCDC, said the organization is actively soliciting donations from the community.

Schunk, who is also involved in the fundraising campaign as IVCDC’s president, said the denial of the CDBG is “not the end of the world.”

“But certainly, I hope it lights a fire under folks and makes them understand that funding is critical,” he said. “Without it, there will be no community center.”