The candidates running for transfer senator, the College of Letters and Science senators, the College of Creative Studies senator and the College of Engineering senator took to the stage Tuesday afternoon as A.S. election candidate forums continued for a second day in The Hub. 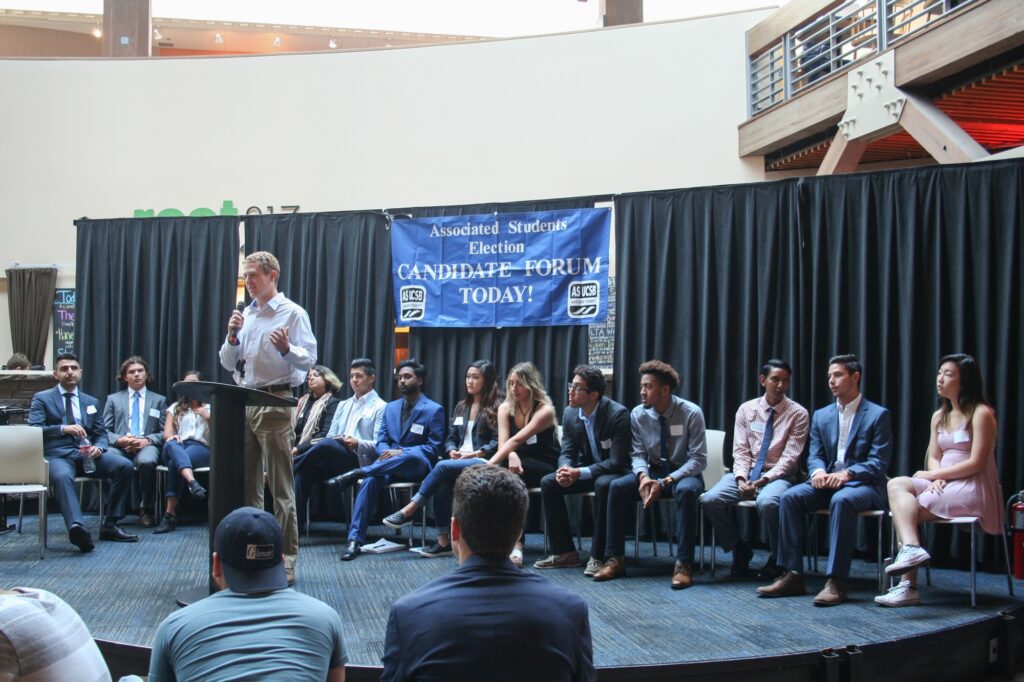 Bongi Makatini, a second-year biology major running for L&S senator with the Isla Vista Party, did not attend the forum.

Sophia Uemura is the unopposed Isla Vista Party candidate for the College of Creative Studies senator.

Micah Almas is the Isla Vista Party candidate for the College of Engineering senator and Blake Diamond is the Campus United candidate. 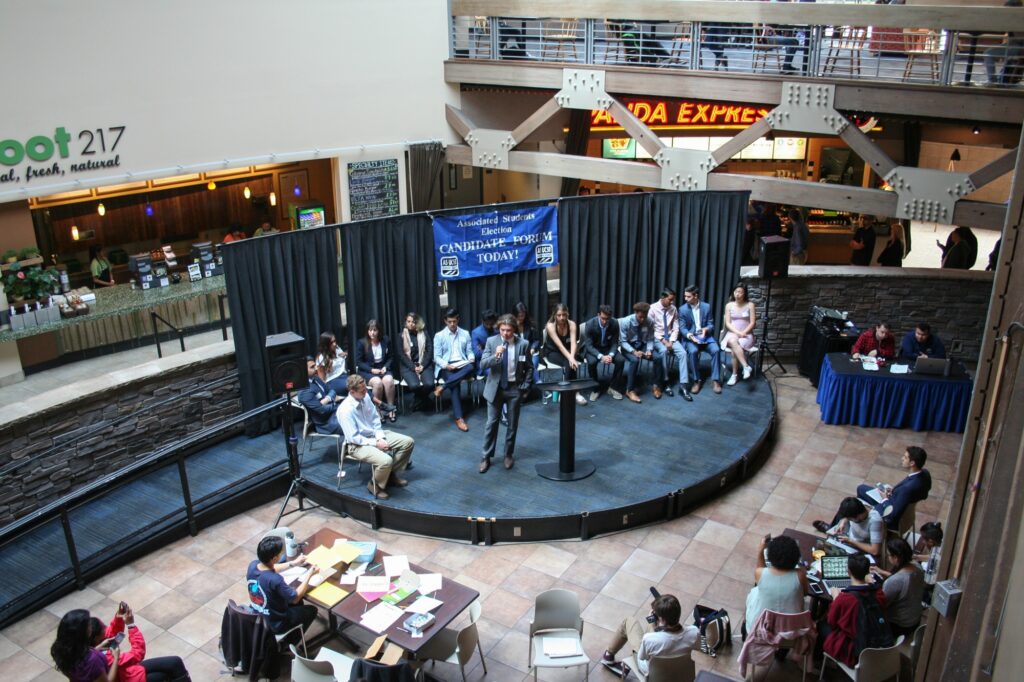 Steven Kwok mediated the forum and asked the candidates two questions created by audience members. The first question pertained to the use of hate speech on campus, while the second one asked the candidates how they plan to work with the administration to achieve their goals as senators.

The candidates were given 30 seconds for opening and closing remarks.

The candidates explained to audience members their plans for improving the lives of UCSB students. Here are some of the highlights:

Campaigning for A.S. Elections began Sunday and will continue for the next two weeks until voting results are announced on the night of April 27. 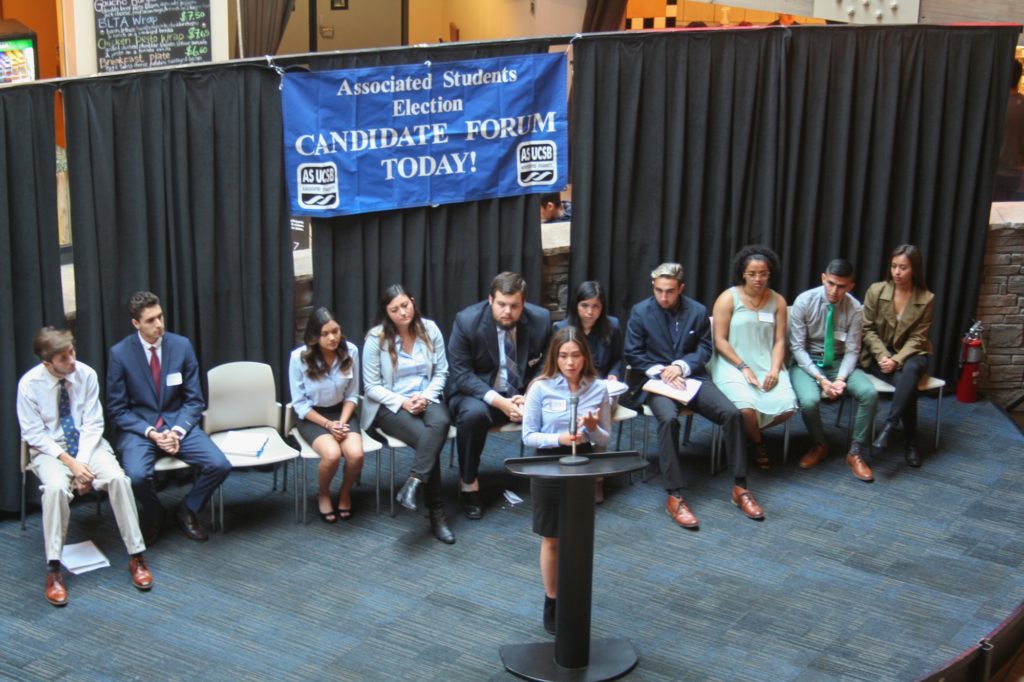