With the third conference series of the season set to start today, the UCSB baseball team is in a must-win series situation when it takes on Big West foe UC Irvine at home in a three-game set.

The Gauchos host the visiting Anteaters holding just a 13-17 overall record and a very disappointing 2-4 record to kick off Big West play after series losses to LBSU and CSUN.

“I think all these players care and I think the effort level is there,” Head Coach Andrew Checketts said. “We just really haven’t executed pitches on the mound and I’m still trying to figure that out.”

Coming in with struggles of its own, UCI heads to Santa Barbara with only a 12-17 record including a 1-2 conference record.

When comparing how disappointing both squads have been compared to their preseason hype and early season potential, it’s the ‘Eaters who have looked worse lately having won only one game in their last 13 matches. This is the same Irvine team that managed to take two of three against the then No. 1 team in the country TCU in early March.

Despite having played pretty bad baseball over the last few week, the Anteaters still have three hitters currently batting over .300 including Keston Hiura. The junior currently leads the Big West in batting average with a .394 mark, and he has six home runs to tag along with that. In fact, UCI also holds the top spot in the conference in terms of batting average boasting a .275.

“UCI is certainly well coached but they have had their struggles lately, kind of limping in like us,” Checketts said. “But I expect a chance to be able to be more aggressive offensively especially later in the weekend due to the pitching coming in.”

As Checketts alluded to, the problem for the ‘Eaters is the play from the mound. Irvine has the worst team ERA in the conference (6.01), most hits allowed (311) and most earned runs allowed (170). Their three starters all combine to allow a 4.7 ERA. 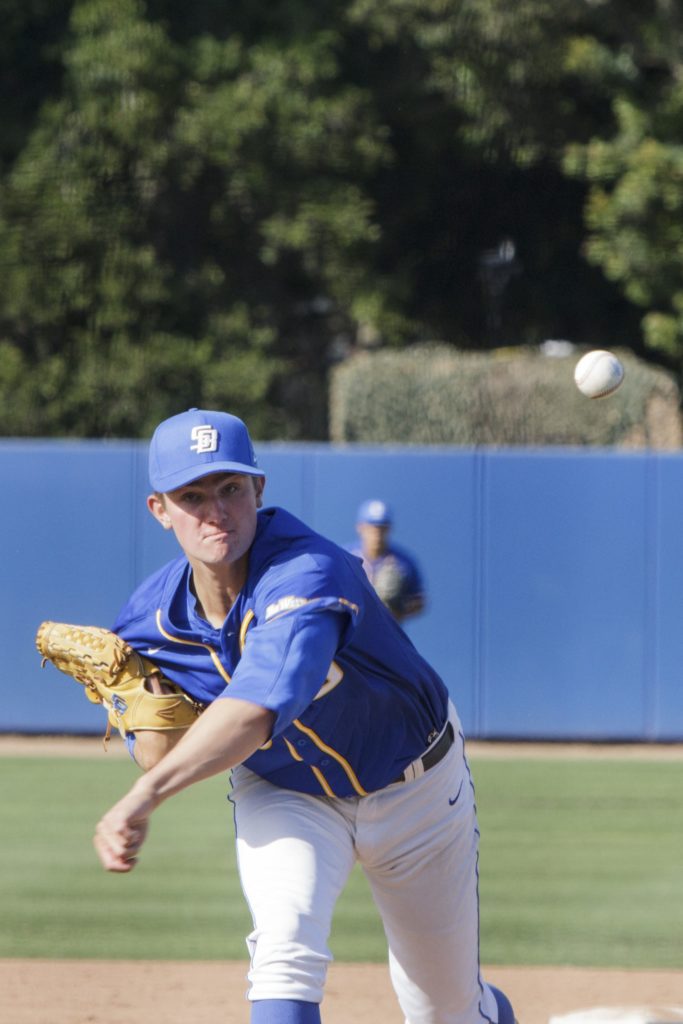 With all that in mind, the early advantage goes to Santa Barbara who is also taking on an Irvine team that struggles on the road boasting just a 3-6 record while the ‘Chos are currently 10-6 at home.

In terms of key players to watch out for, junior Colton Burns has been magnificent this season with a slash line of .355/.466/.464. His batting average ranks fifth best in the conference while his on-base percentage ranks him second. The utility has been solid over the last six ball games going 9 for 23 from the plate including three games with multiple hits.

Coming off a big game against Nevada in a win on Tuesday, Corey will look to continue his great play in this series. Currently, he is third and fifth on the team in on-base percentage (.395) and batting average (.288), respectively. On Tuesday, the redshirt junior went 2 for 4 from the plate with three RBI’s.

On the mound for the Gauchos in the Thursday opener, sophomore Noah Davis will need to be the ace he once was earlier in the year if he wants his team to grab the early series lead.

“Noah has been hit or miss,” Checketts said. “He either shuts you out, or he gives up seven. I think we are due for the guy that shuts you out.”

Friday starter Kyle Nelson has been improving steadily as the season has gone on. The junior currently has a 3.74 ERA, 16th best mark in the conference, and 41 strikeouts.

Both teams realize the importance of not only this weekend, but the rest of the conference season in general. UCSB and UCI, even with their struggles, are still comprised of teams that have great potential to go out and take the Big West crown, but it starts with this series.

UCSB takes on UCI for the first of a three-game set at 3 p.m. on Thursday, April 13 at Caesar Uyesaka Stadium.