The Daily Nexus
Water Polo
UCSB Focuses on Mental Toughness in Hopes of Attaining 1st Conf. Win on Senior Day
April 13, 2017 at 5:05 am by Tommy Pardini

After dropping four of their last five games against highly ranked opponents, the Gauchos stand at 15-10, 0-3 as they head into their final home game of the season versus the defending Big West regular season champs.

A total of six seniors — Devon Gasparini, Miranda Schrader, Taylor Shore, Jenna Solberg, Brenna Thomas and Sophie Trabucco — will be honored this weekend, and it can be assured that each senior is seeking to end their collegiate career with a bang. Saturday’s matchup will serve as one step toward that goal.

“We all have different versions of the same story,” senior utility Jenna Solberg said. “We’ve been through literally everything together. For us, it’s more fun than anything, and the game is why were all together.”

Together they will face a 15-10 and 2-2 Long Beach State team who has won four of its last five games but are coming off a one-goal loss to UC San Diego. 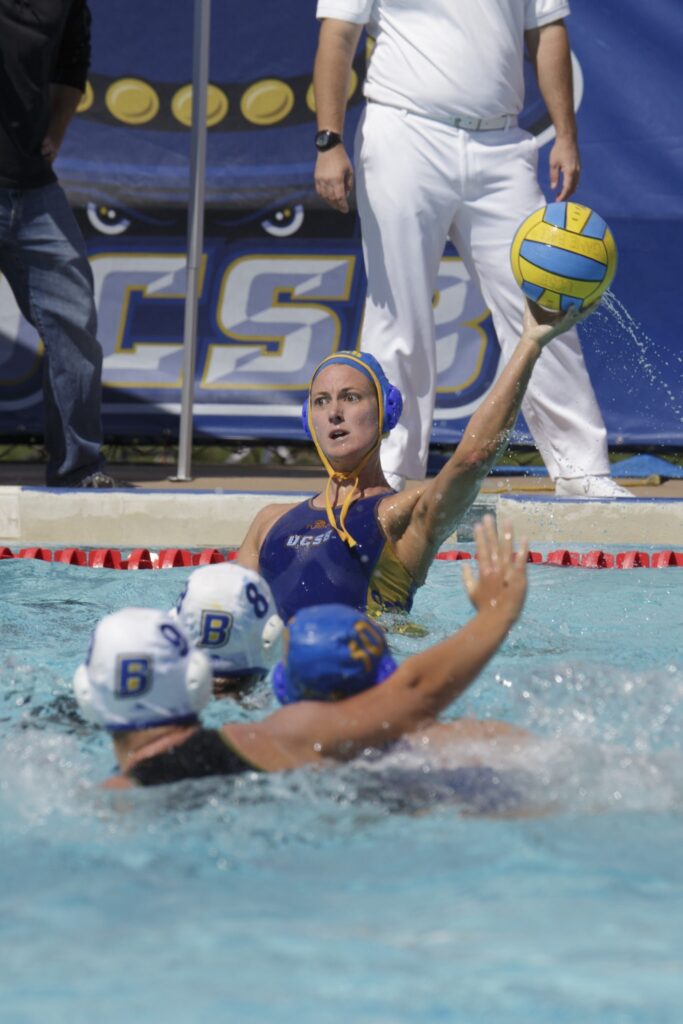 Miranda Schrader takes a shot from the outside corner. Dustin Harris / Daily Nexus

Long Beach is only conceding roughly six goals per game in its last eight games. Over the same span, the 49ers haven’t allowed nine goals in any of those games.

This doesn’t bode well for the Gauchos, who have only produced about five goals per game over their recent poor five-game stretch.

“I think that the games we’ve lost haven’t gone our way, but the scores don’t reflect the intensity of the games,” Solberg said.

However, the focus of UCSB right now is about mental toughness as it prepares for the win-or-go-home games that are approaching.

“At this point in the season, for any team, it is the greatest test of character whether you’ve beaten a team 10-5 or lost to a team 10-5,” Head Coach Serela Kay said. “I think it’s time for us to focus on mental toughness, and that’s what we’re doing right now.”

Last season, Smith became the first sophomore in program history to be named to the All-Big West first team.

The reigning Big West Player of the Week has 10 goals over her past four games and ranks second on the team in total goals this season with 35.

The Gauchos should also keep their eyes on redshirt senior defender Christina Kostia, who leads the 49ers in goals this season with 45.

Kostia redshirted the 2016 season to participate in the 2016 Women’s Water Polo Olympic Qualification Tournament for her home country, Greece.

Santa Barbara has won two of its previous three matchups against Long Beach, with just a one-goal loss to the 49ers in the final game of last season.

The Gauchos are 15-2 when facing teams that rank behind them in the national rankings this season.

UCSB also has seven victories over teams ranked in the top-25 national rankings. This clash with No. 12 LBSU will be an opportunity for the Gauchos to increase that total and perhaps get back to their winning ways.

“The beauty of the Big West Conference is, I think, it’s wide open,” Kay said. “Whoever really wants it and whoever is mentally tough is the one who is going to come away with it.”

This will be an emotional day for the Gauchos, especially for the tremendous six seniors on the team who have helped guide this young roster throughout the season.

“We have put the freshman in very important roles, and they’ve taken it with grace,” Solberg said. “For us to have played with them for just six months, we’ve already become such a tight-knit team; we’re looking forward to playing on Saturday.”

UCSB will face Long Beach State in its last home game this Saturday, April 15, at noon at Campus Pool.