The Daily Nexus
The Daily Stench
Frat Boy Creates 8th Day of Week to Spend More Time with ‘The Boys’
April 11, 2017 at 4:20 am by Mia Roncati 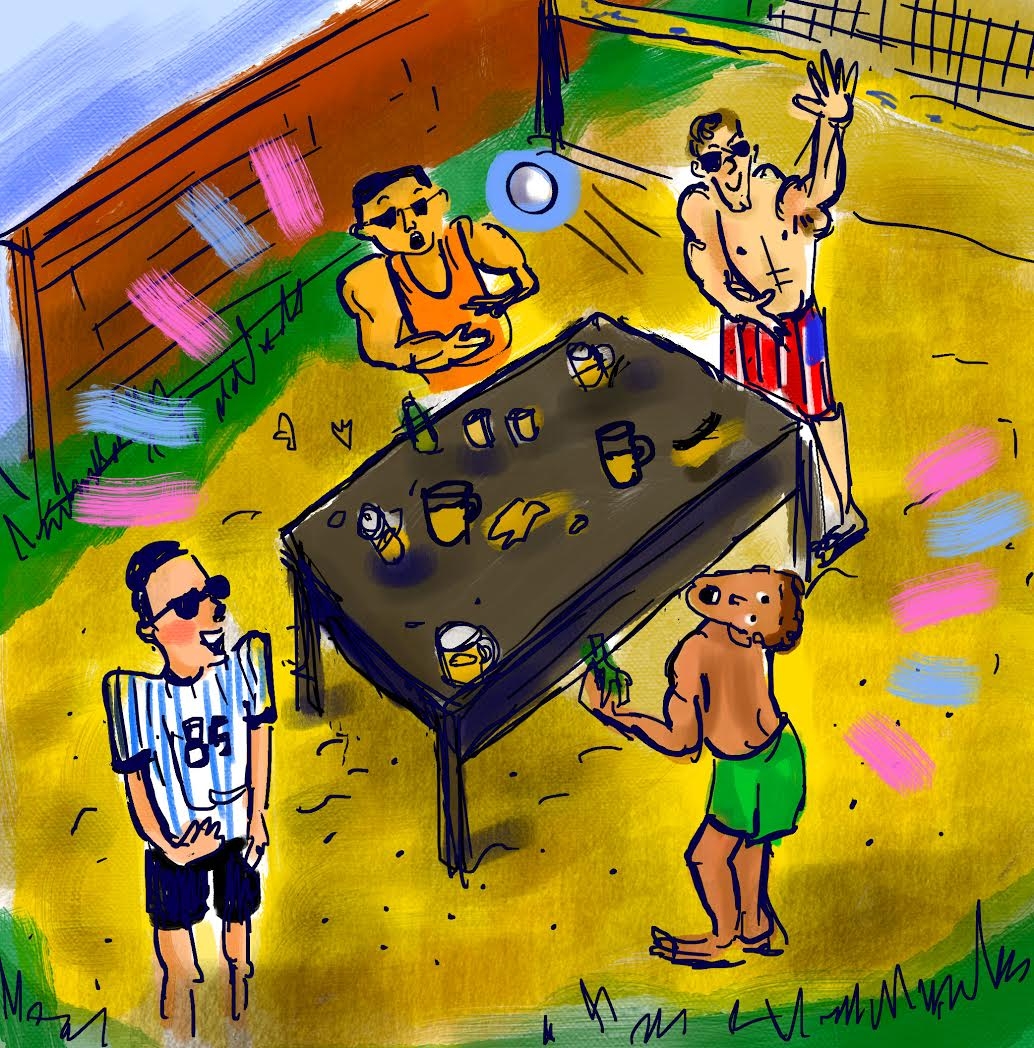 This past Tuesday, Chad Frattio, a member of the on-campus fraternity, Beta Apple Pie, went around campus advocating for the government to create an eighth day of the week, called Fraturday solely for the boys. Several of his brothers and Chad were walking around in muscle tees trying to get students to sign their petition. They were challenging those who wouldn’t sign the petition to a pushup competition, with the passerby having to shotgun a beer and sign the petition if he lost.

In explaining his rationale, Chad Frattio stated, “I really think seven days of the week is just not enough time to hang out with your brothers. You can only go through, like, 14 30-racks.”

The petition for this eighth day already has over 3,000 signatures, mostly from male students. Frattio and his brother plan to fly to Washington D.C. for Spring Break to personally hand the petition to Congress. Brad Bradsmith, the co-sponsor of this petition, thinks Congress will easily pass this petition because “America really needs to calm down and crack a brewski.”

Dr. Molly Chetski, head of the Psychology of Frat Stars at UCSB, explained that a day for the boys constitutes “avoiding schoolwork, family and especially girlfriends to come together to throw some die, watch a sports game and throw even more die.”

According to Chetski, this current movement for an eighth day is only the most recent example of young men looking to create specific time for the boys. “Historically, in times when masculinity appears to be under attack, men have sought to create ‘safe spaces’ for their brotherly/fraternal acts of male indulgence and self-pleasuring.”

Frattio claims that this trend has widespread support nationally, with boys nationwide going back to their hyper-masculine roots by spending more time with their closest friends. Traditionally, only Saturdays have been for the boys, but now, more and more days are being consumed by this ritual.

Frattio will be handing out bottle openers and protein powder at the Arbor on Tuesdays, or you can catch him shirtless in the sandpit at Beta Apple Pie’s chapter house to ask how to be apart of this Bro Movement.

Mia Roncati is the owner of a dice and wooden table store in Isla Vista and is a strong advocate for this day.