A mayor claimed in court he was never at the site where women were allegedly raped and tortured. A team of lawyers’ cross-examination discovered he had lied. 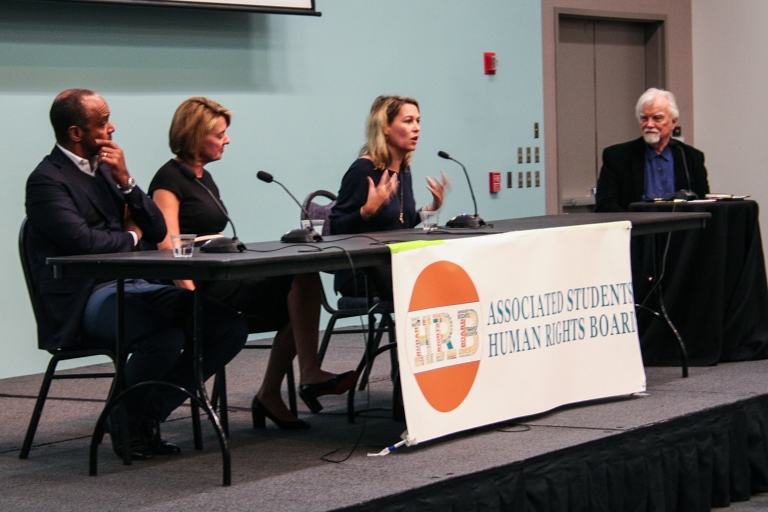 In 1994 a court ruled that Mayor Jean-Paul Akayesu was responsible for ordering the murder and rape of Tutsi people in the Rwandan town of Taba, marking the first time rape was prosecuted as a war crime.

This story is part of the late 1990s Hutu-Tutsi conflict which left nearly one million people dead in 100 days and the subject of the documentary film “The Uncondemned,” which follows Akayesu’s trial.

Approximately 280 people were in attendance at Corwin Pavilion for the Monday evening screening and panel with the film’s producers and protagonists organized by the Associated Students (A.S.) Human Rights Board.

The Rwandan mayor was ultimately found responsible for the use of rape as a tool of war and sentenced to life imprisonment which he now serves in Mali.

The court’s ruling in 1994 was the first time a court ruled rape as part of an act of genocide and a war crime, despite the recognition of rape as a war crime in 1919 without successful prosecution.

The Human Rights Board invited the two prosecutors to speak about the importance of the case and sexual assault in general.

Darehshori, senior legal counsel in the U.S. chapter of the Human Rights Watch, said interactions after the event of a sexual assault could be more traumatic than the incidents themselves. 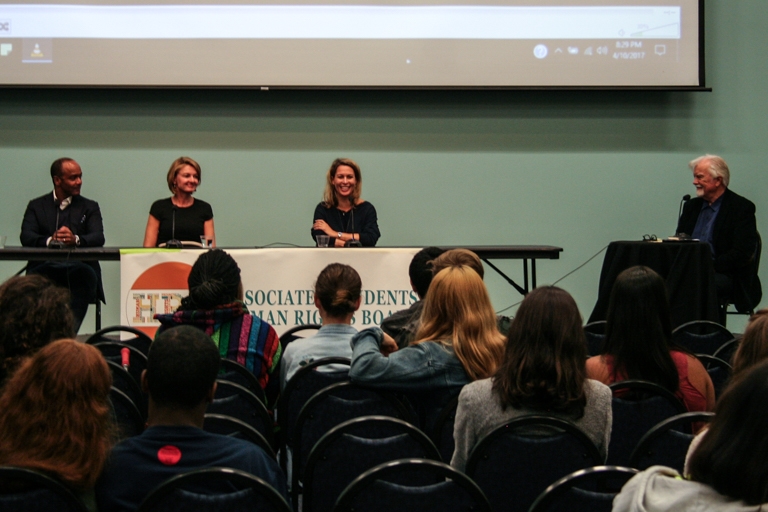 “When the first person responds [to a call alleging rape], if they blame the victim or if they ask questions that imply judgment … people internalize it in a way that deepens the trauma dramatically, and it’s a key impediment to their recovery,” Darehshori said.

The film’s producer, Mitchell, interviewed all of the documentary’s witnesses including the sexual assault victims. According to Mitchell, she never once asked them to describe their sexual assault experience out of respect for the witnesses.

“Okay, what if that was me and I’m sitting there in the movie theater super overwhelmed and the whole world is watching the worst thing that ever happened to me … I wouldn’t want that,” Mitchell said. “The first question I ask them is, ‘why did you decide to testify?’”

Mitchell said it takes courage for the witnesses to speak out, which is why she decided to keep any explicit depictions of the violence in the film.

Human Rights Board Outreach and Publicity Coordinator Devin Sercu said the case is a pivotal point in history and UC Santa Barbara students could benefit from learning about the case, which she believes has roots in sociology, psychology and communication.

“This isn’t really something that maybe a lot of people know about,” Sercu said. “I know that I didn’t know too much about this before we started organizing [the event] and it’s given me a lot of fresh perspective … These kinds of things affect us on a global perspective.”