The No. 11 UCSB women’s water polo team stayed winless in Big West play after it was overwhelmed in a home loss to red-hot conference leader No. 6 UC Irvine. 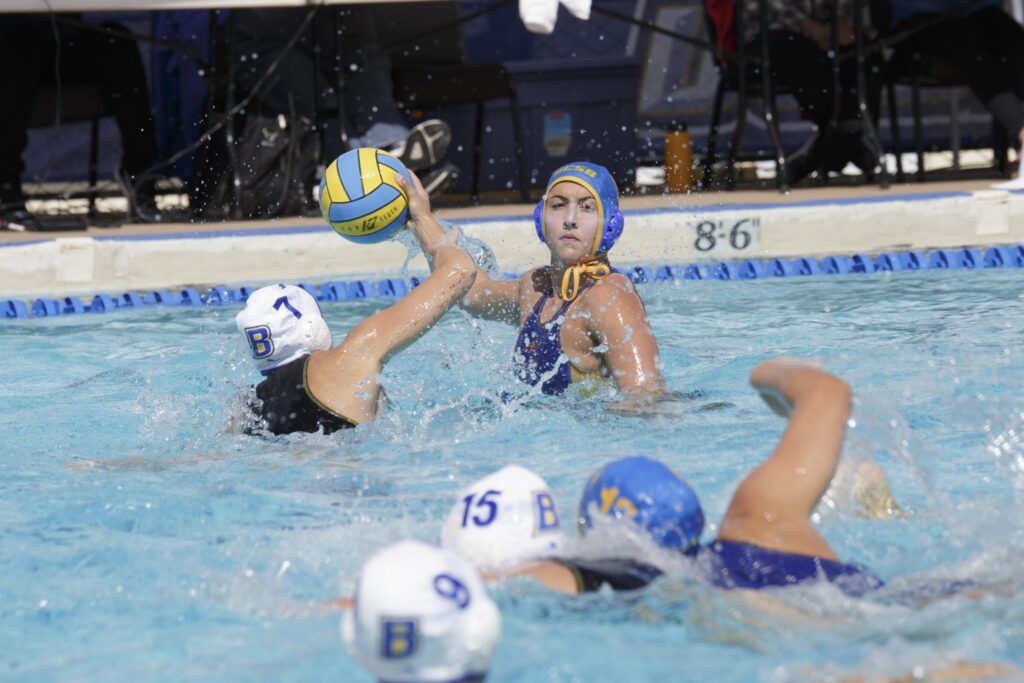 Kate Pipkin looks for someone to pass to. Dustin Harris / Daily Nexus

UCSB moves to 15-10 and 0-3 in conference play, collecting its fourth loss in its last five games as the Gauchos sit at the bottom of the Big West standings with CSUN. UC Irvine improved to 18-6, 3-0 as it increased its win streak to nine games.

The counter attack and the defense of the Anteaters was on display this game, especially through the first three quarters of play.

“Irvine came out and played really well right from the beginning,” Head Coach Serela Kay said. “I think a lot of the decisions that we made offensively fueled their counter attack.”

Coming into this matchup, the Anteaters lethal counter attack was a point of focus for the Gauchos. Junior utility Mary Brooks saw multiple breakaways throughout the game which led to her hat trick.

In the first quarter Brooks drew a penalty after being fouled by senior utility Taylor Shore. The ensuing penalty was scored for the first goal of the contest.

UCI added another goal with 35 seconds remaining in the quarter to make it 2-0.

UCSB struggled offensively in the first quarter as they were forced to take many long shots as the shot clock was winding down.

After the Anteaters scored two more goals in the second quarter, the Gauchos finally got on the board.

Freshman utility Abbey Grosse received the long ball after breaking away from the defense. She then drew a penalty which she rifled into the back of the net with a skip shot.

The Gauchos conceded another goal before end of the half resulting in a 5-1 score at break.

At this point the Gauchos were very much in the game only down by three goals, however, this is when the Anteaters turned it on.

UCI scored four unanswered goals in the third quarter which extended the Anteaters lead to 9-2 with 1:30 left in the quarter. The deficit was too much to overcome, especially considering the tremendous pressure that UCI was implemented with their defense.

The Gauchos cut into the lead with back to back goals from freshman utility Sarah Snyder and Grosse who had a team high two goals in this game.

After Irvine scored their last goal, senior utility Jenna Solberg threw in a beautiful lob shot with just 4 ticks remaining in the game. The final score was 10-5 in favor of UC Irvine.

“Now that we have two regular season games left, I think it’s important that we come out with nothing to lose no matter who we play for the rest of the time,” Kay said.

UCSB will have its senior night next Saturday, April 15 in its final home game of the season against Long Beach State.