The Daily Nexus
Sports
Gauchos looking to bounce back against a strong UC Riverside team
April 7, 2017 at 2:59 pm by Omar Hernandez

After splitting a two game series against Loyola Marymount (14-22), the UCSB softball team will look to push even further past .500 facing off against the UC Riverside Highlanders. The three game series will be the first and only one between the Gauchos and UCR, as the Gauchos start off what will be a seven game homestand. 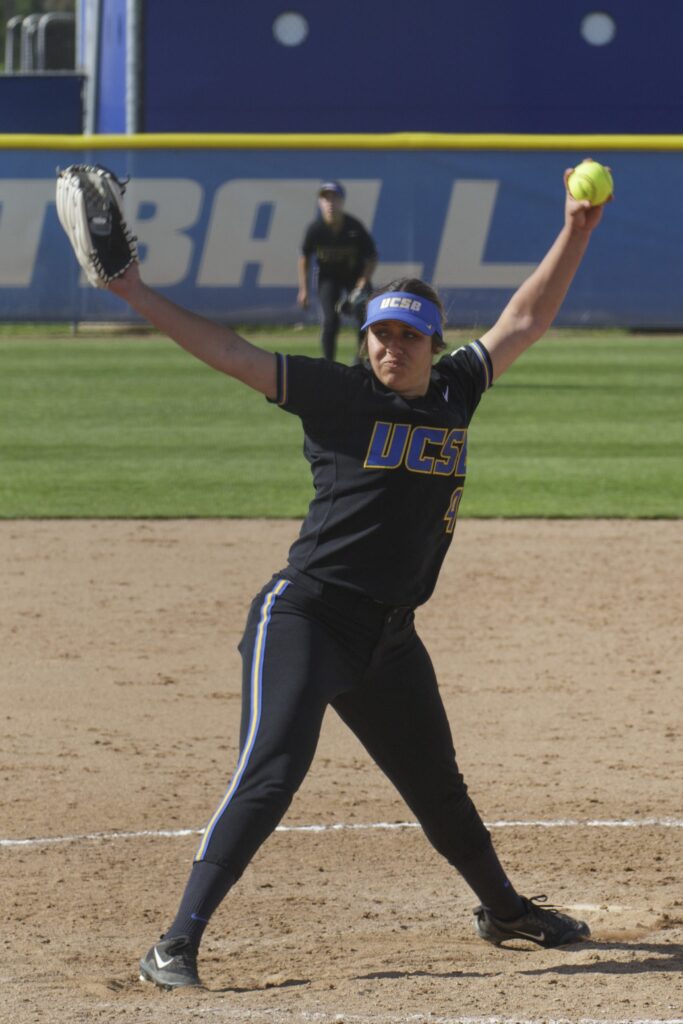 The Gauchos are going to try to continue to ride the hot hitting of sophomore Sierra Altmeyer, who has a whopping .369 batting average and a .694 slugging percentage. Junior Jessica Johnston has also been a big part of  UCSB’s .284 team batting average with her contribution of a .358 clip.

The hitting drops off after the first four in the Gauchos’ batting lineup  however, and it is going to be up to the bottom of the order hitters to make some contact and support their 1-4 slot. The bats will be huge in amplifying the home field advantage that the Gauchos have done so well with this year which has played out in an 8-2 record at home.

The Highlanders will hope they have the answer for UCSB’s offense, and they might not have to look too far as their pitching staff has been very good this year, led by ace Anessa Cepeda. Cepeda (6-1) comes into Saturday’s game with a 1.8 ERA and her fellow starters Tayler Misfeldt (8-2) and Haley Marschall (5-5) come in with 3.1 and 3.88 ERAs, respectively.

The only place where UCR seems to have trouble this year has been the bullpen whose 0-5 record and near average of a nine ERA has led to quite a few losses. This will be a good test for UCSB’s bats to see if they hold rank against one of the better pitching staffs in the conference.

On the other side, this series will provide the Gauchos with a great opportunity to improve what has been so far a lackluster output by the pitching staff. Sophomore pitchers Ashley Wright and Veronika Gulvin have been good throughout the year posting 3.05 and 3.04 ERAs.

However, freshman pitcher Felisha Noriega has struggled in her debut season with a 6.41 ERA, and opponents have been hitting .294 against UCSB in total. This is a trend the Gauchos are going to have to change, especially seeing as the Highlanders are 0-12 when held to 2 runs or below.

UCR will look to keep the pressure on UCSB’s pitchers, and sophomore infielder Hannah Rodriguez will play a big part in making that happen. She currently leads the Highlanders in batting average (.388) and doubles (7) and is second in hits (33). Outfielder Jenna Curtan leads the team in RBIs (18) and gives the lineup some lefty power while Senior Madeline Richard comes into Saturday’s game with a .365 batting average.

The Highlanders are 15-1 when out-hitting their opponents, so the Gauchos’ ability to limit their best hitters will be key in securing a victory.

This series is going to be key for UCSB in determining the direction that its season goes. Defeating the team above them in the standings could certainly give the Gauchos the momentum to propel themselves up the Big West standings, however, losing this series will dig a hole that would be difficult to get out of.

Tipoff between UCSB and UC Riverside is Saturday, April 8, at 1 p.m.