On a current two-game winning streak, the UCSB women’s tennis team is looking to build its momentum upon its return home. The Gauchos will play two games over the weekend at home against Big West conference opponents, Cal State Fullerton and UC Irvine.

UCSB has done well in conference play and is currently fifth in the conference, posting a 2-1 record. The slew of conference games begins this weekend for the Gauchos, during which they will end the regular season playing five consecutive conference games. 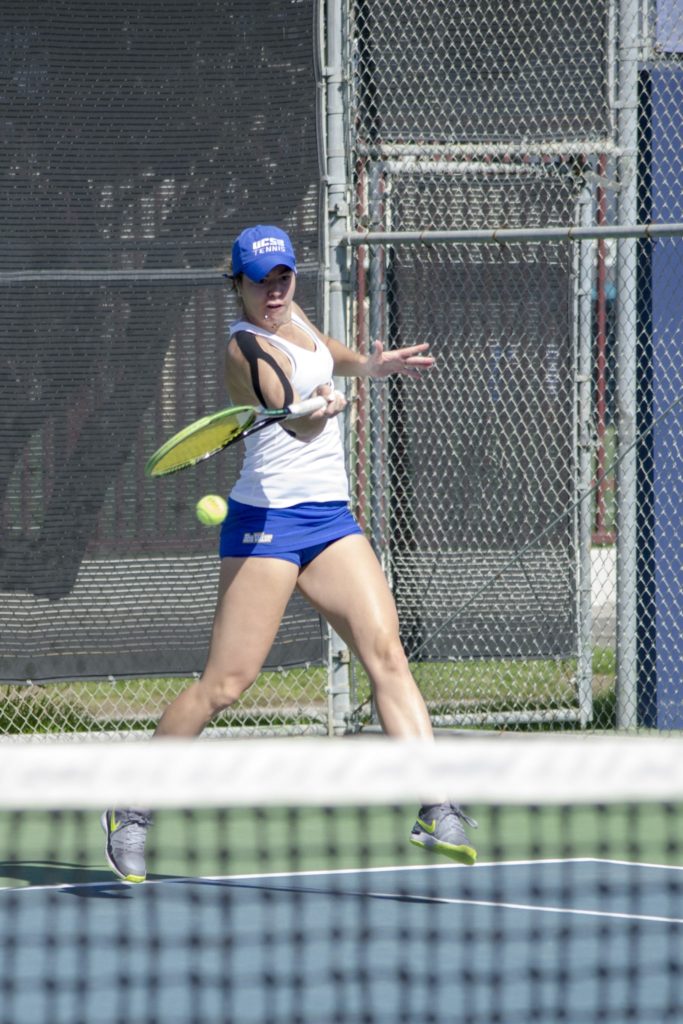 Sitting at 9-9 and 2-1 in conference play, Santa Barbara is hoping to finish strong with conference postseason play nearly three weeks away. It’s two consecutive wins were beneficial in overcoming its previous three-game skid.

A good result in each of these games is crucial for the Gauchos, who are hoping to head back to Indian Wells in search of defending their Big West title.

Cal State Fullerton has had an extremely successful season so far with an overall record of 14-1 and a conference record of 3-1. The lone loss for the Titans came against conference opponents Long Beach State, who is currently one spot ahead of Cal State Fullerton at the No. 2 spot in the conference. The impressive play for Fullerton this season seems to have been the result of consistency.

The Titans have been able to clinch the doubles point 14 times this season and have not dropped a doubles point in all of 2017. The doubles play success is made possible with the excellent play of the tandem seniors Camille De Leon and Alexis Valenzuela.

De Leon and Valenzuela have also been able to be a steady force for the Titans in singles play, as both players have a combined singles record of 22-3. The success of these players in both singles and doubles play has been critical to the Titans having their best record through 15 games played in the program’s history.

The impressive play from the Titans could pose a problem for the Gauchos, who have the opportunity to improve their conference record to 4-1, which would place the Gauchos in the top three teams in the conference.

UCSB will look to respond to Fullerton’s talented doubles teams with their own impressive tandems in senior Stefani Stojic and junior Amanda Atanasson as well as the pair of junior Palina Dubavets and senior Melissa Baker.

Ever since the pairing of these teams, the Gauchos have performed well in doubles play, earning the doubles point yet again in their latest match against Loyola Marymount University.

While Cal State Fullerton has had a successful season thus far, the UC Irvine Anteaters have not shared the same success.

UC Irvine currently sits at seventh in the conference with a 3-13 overall and 0-3 conference record. The Anteaters are currently on a three-game losing streak and are continuing their conference play after dropping a game last weekend to UC Davis, 4-2.

It’s been a tough season for the Anteaters, and they would have to play well in nearly all of their games, coupled with some poor performances from the top teams, in order to climb the Big West Conference standings. UC Irvine is one of three teams who has yet to win a conference match.

UCSB will play the Cal State Fullerton Titans at home on Saturday, April 8, at 11 a.m. The Gauchos will play again the following day on April 9 against UC Irvine at 11 a.m.