A UC Santa Barbara student died on March 7 due to natural causes.

Ismael Hernandez, 25, was a Santa Barbara native and a transfer student from Santa Barbara City College (SBCC). He was set to graduate in June with a degree in biological sciences. 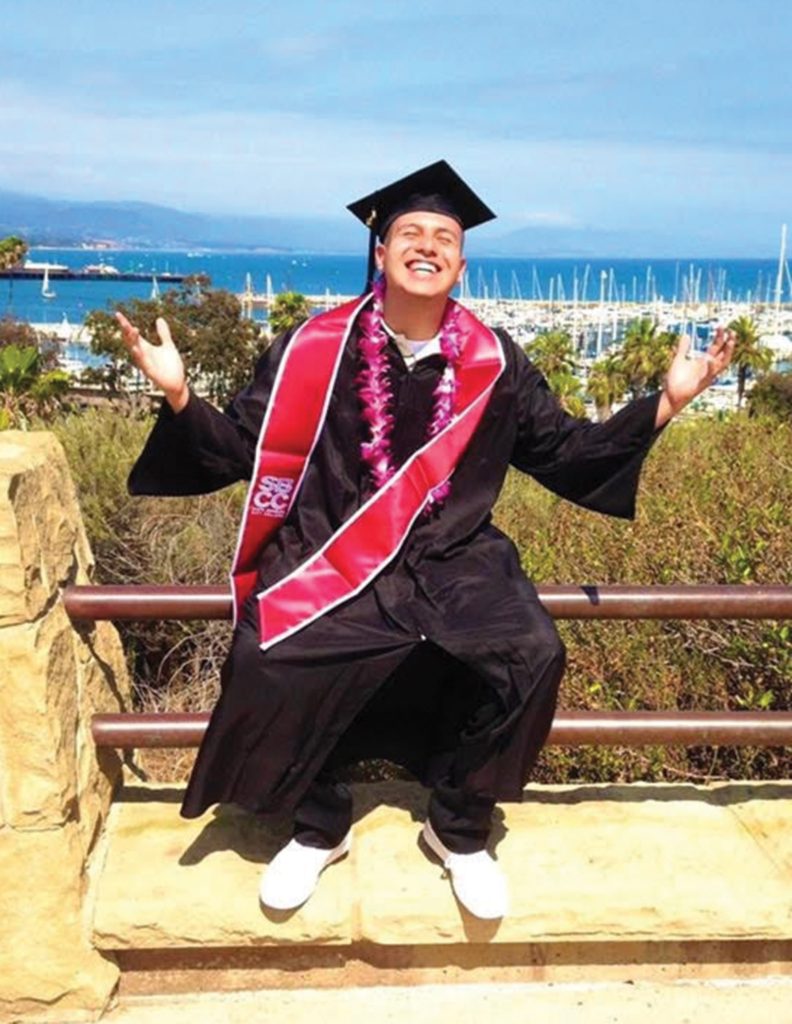 “He was really proud of the education that he worked really hard for,” said Marilyn Rodriguez, who became a close friend to Hernandez at SBCC. “Getting his degree at UCSB was the biggest thing. It was a dream come true.”

Hernandez had a “wakeup call” at the age of 17, she said, when his mother passed away around the same time he faced incarceration in juvenile hall. He attended his mother’s funeral in handcuffs, and he realized soon after that he needed to change his life for the sake of his three younger siblings.

“He knew that if he continued on the path of delinquency or anything like that, it wouldn’t lead him to be a great role model for his siblings,” Rodriguez said. “At the end of the day, that’s what his mom wanted him to be; she wanted him to go to school and do great things.”

Hernandez later graduated from a continuation high school and went on to enroll in Transitions, a program at SBCC which seeks to provide educational opportunities to individuals released from the criminal justice system.

Noel Gomez, a Transitions program counselor, remembers Hernandez telling the class on the first day that he was going to graduate from SBCC with a degree in biological sciences, go on to UCSB and become a doctor.

“I can’t tell you how many times I hear that from a lot of students. Within a semester, students drop out or they don’t carry on with their goals. He actually went on and did it,” Gomez said.
From then on, everyone in the class started calling him “the doctor,” Gomez said. Hernandez valued hard work and would often study in the library for hours on end.

“He couldn’t understand why people would come to SBCC and not focus on school,” Gomez said. “He took that as an opportunity that a lot of people don’t have, and he wanted to use it.”

After five years at SBCC, Hernandez became the first in his family to graduate from college. He applied and got accepted into his dream school, UCSB, where he continued his studies in biology.

His classmate and close friend Kathy Lopez said he kept to his diligent study habits, which he had maintained at SBCC. He volunteered in the emergency room at Santa Barbara Cottage Hospital, and he had plans to go to nursing school after graduation.

Lopez said she and Hernandez would often hang out together after their biology classes. She said he would always want to stop by Root 217 in the UCen so that he could get “that fish sandwich he always wanted.”

Lopez said one of the fondest memories she has with Hernandez is when they were reflecting on graduation by the UCSB Lagoon.

“We were walking over past the lagoon — it was a really nice day, actually, and the lagoon didn’t smell so bad either — and he just looked over at the lagoon and was like, ‘Kathy, we actually did this; we’re actually here and we’re actually graduating. We made it,’” she said, adding that the two of them paid a visit to Root 217 soon after.

Hernandez worked as a cashier at a liquor store to support his education and family. His sister, Karinna Hernandez, said he often told customers that he would take care of them when he became a doctor.

His sister also said he greatly valued his family and that he especially loved his nieces.

“He used to love being with my kids,” she said. “Every time he saw them, he would always give them kisses, and he’d always hold my oldest daughter and tell her he could bless her. He would always kiss her hand and tell her it was his blessing.”

Karinna Hernandez said her brother became a role model for the family. She said he often encouraged her to prioritize her education, helping her pick her classes at SBCC and advising her to sit at the front of her classes.

“He was a caring person with a big heart,” she said. “His smile was something that I think nobody can forget. He was such a loving person.”

Friends and family held a funeral service for Hernandez on March 16 at Our Lady of Guadalupe in Santa Barbara. He was buried with his bachelor’s degree in biological sciences.