The Daily Nexus
Volleyball
Final Seed of MPSF Tournament at Stake as UCSB Will Take On BYU
April 6, 2017 at 5:02 am by Spencer Ault

Currently in ninth place in the Mountain Pacific Sports Federation (MPSF) with just two matches left in the regular season, the UCSB men’s volleyball team has no room for error.

In order to secure a spot in the eight-team MPSF postseason tournament, the Gauchos must win at least one of their two matches this week against BYU and will need some help from fellow MPSF rivals in other key match-ups.

That’s a tall order, to say the least.

The Gauchos come into the final week of the regular season at 10-14 overall and are 5-11 in conference play, just one game behind USC, who is 6-10. Recently, UCSB fell out of the AVCA Division I-II poll for the first time this season, while BYU currently sits at No. 3 in the nation.

The fall from the rankings can be attributed to a tough Spring Break, which saw the Gauchos drop two matches. The first loss came against Cal Baptist, giving CBU its second conference win of the season, and a much more crucial loss to USC put them in jeopardy of missing the conference tournament after giving the Trojans the one-game lead.

The loss at USC was a big blow for UCSB, but hope is not yet completely lost. USC does control its own fate, but two losses to Cal Baptist this week, paired with at least one Gaucho win and a CSUN win against top-ranked Long Beach State, can propel UCSB into the playoffs.

Losers of their last three matches, the Gauchos must find a way to turn things around if they want to squeeze their way into the MPSF tournament. BYU, currently second in the conference and playing for a chance at the No. 1 seed, certainly won’t be an easy matchup for UCSB.

The Cougars have five players with triple-digit kills, four of whom have over two kills per set. Jake Langois, a towering 6-10 senior outside hitter, leads the team with 287 kills and 38 service aces. 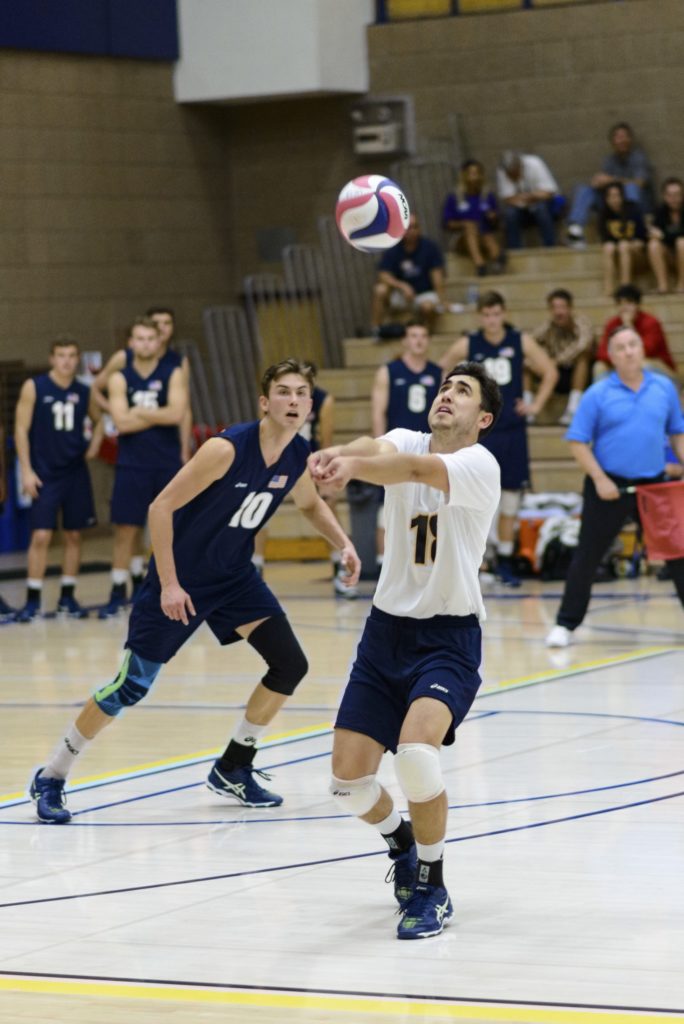 Junior setter Leo Durkin is the team facilitator, having racked up 816 assists in the 2017 season. Junior middle blocker Price Jarman, 6’9,” and senior middle blocker Joseph Grosh, 6’7,” have both posted the lion’s share of BYU blocks, with 67 and 68 blocks, respectively.

Boasting an overall record of 21-3, including a 14-2 conference record, the Cougars are clearly a force to be reckoned with. The team strung together 14 straight wins between Jan. 28 and March 25, until they dropped the second game in a two-match series against No. 1 Long Beach State.

Thursday’s match in Santa Barbara will be BYU’s first since that loss versus LBSU. That’s a lot of time off to accumulate rust, or alternatively, to rest up and prepare. UCSB is certainly hoping for the former.

Both Jacob Delson and Parker Boehle will be playing to extend their college careers on Thursday and Friday, something that should serve as a major motivator for those players. Delson and Boehle are both redshirt seniors and top contributors for the Gauchos, as Delson leads the team with 341 kills while Boehle has a team-high 182 digs.

UCSB will need both seniors at their best against BYU if the team wants to make the postseason. Really, every player that steps on the court on Thursday and Friday will need to be at their best, given the caliber of the competition.

The Gauchos’ playoff hopes depend heavily on forces outside of the team’s control, but UCSB needs to get the job done on their end in order for those outside forces to have any impact. BYU represents a massive challenge for this Gaucho team, but it’s a challenge that will have to be conquered if UCSB wants to keep playing volleyball after Friday evening.

The Gauchos host the Cougars in Rob Gym on Thursday at 5 p.m. and then again on Friday in the Thunderdome at 7 p.m.