The Daily Nexus
Opinion
Stoicism: The world is wicked, vicious and miserable; Lean into it and rise above
April 5, 2017 at 1:33 pm by Brian Wheat

Around finals time, everybody knows things can become stressful. We all feel it. When things become particularly strenuous, we can feel helpless and out of control. The only relief we receive, if any, is from time, and we suffer in the meantime. Some of us may turn to substances to calm our frayed nerves. It is when we come to our wit’s end that the all-but-forgotten philosophy of Stoicism can make an enormous difference.

A Stoic holds that the development of self-control, fortitude and ethical and moral virtues (which, to the Stoics, are in agreement with nature) is the best means of overcoming destructive emotions like the ones just mentioned. Stoicism further teaches that these emotions ultimately stem from ignorance and thinking unclearly and non-objectively. 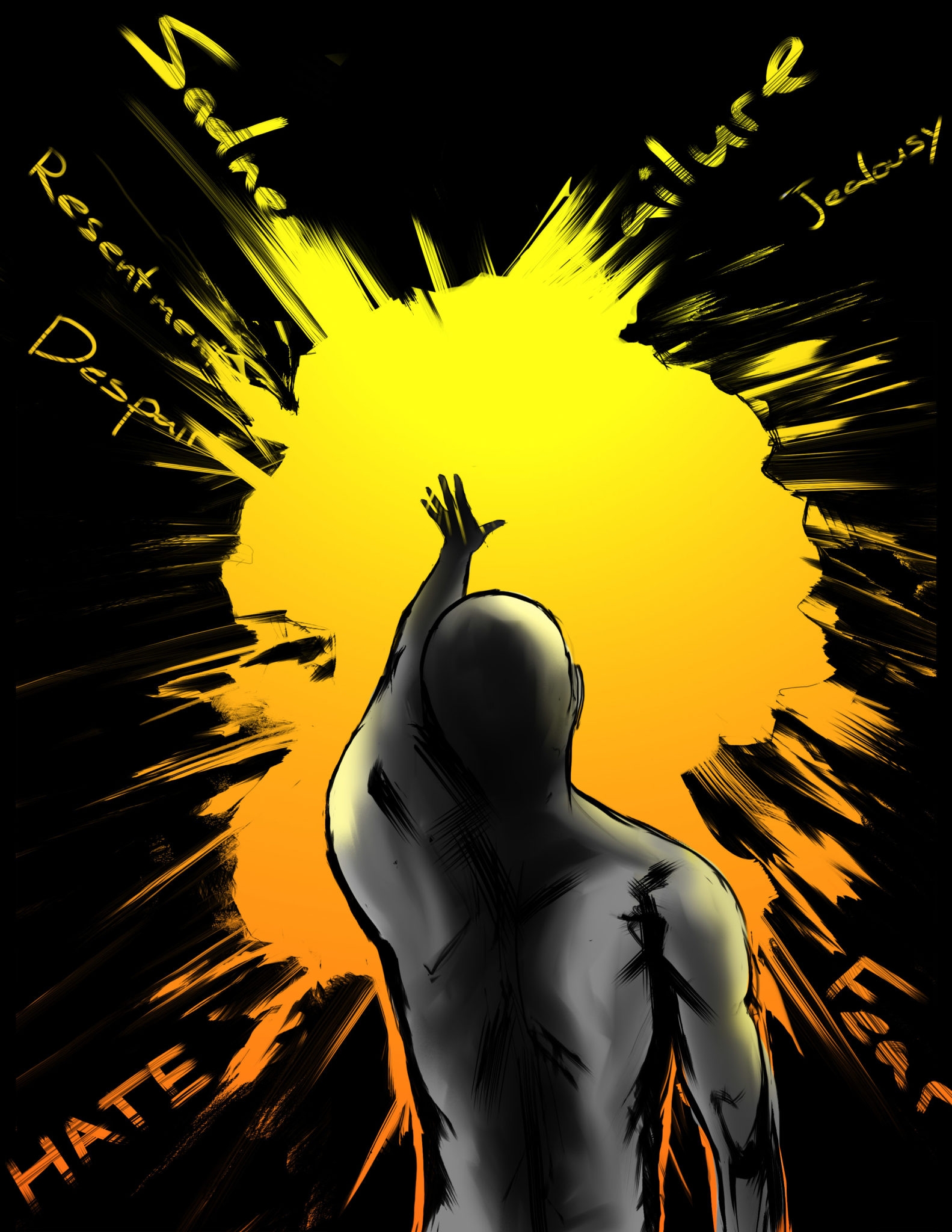 In contrast, when we’re worried about something or we’ve just become the victim of some misfortune, our friends believe the kind thing to do is to tell us to cheer up, that it’s not as bad as we think. A Stoic would be appalled by this. They, and so do I, hated hope. Take the philosopher Seneca (4 BC-AD 65), Roman writer and tutor to Nero, the infamous Roman emperor known for raping young boys and sleeping with his mother. On a whim one day Nero asked his old tutor Seneca to commit suicide in front of his own family. Seneca replied:

Cease to hope … and you will cease to fear … Widely different [as fear and hope] are, the two of them march in unison like a prisoner and the escort he is handcuffed to. Fear keeps pace with hope … both belong to a mind in suspense, to a mind in a state of anxiety through looking into the future. Both are mainly due to projecting our thoughts far ahead of us instead of adapting ourselves to the present.

The Stoics believed that in order to defeat fear and anxiety and have any chance at inner peace, we should train ourselves to come to terms with the worst. We have to accept within our own minds that it very well may not be OK. I may fail that final, they might kick me out of school, I will have to go to prison after all, I may actually lose my job in humiliation, that mole might actually be malignant; but—and this is the most important part — I will endure this. Were it not for this enormously empowering but, Stoicism might rightly see us into despair. Instead, we should take solace in it, because even though failing out of school might be enormously inconvenient and prison certainly wouldn’t be fun, we will get through it. Regardless of the terrible miseries life is apt to throw at us, we will nevertheless be OK. In the words of Marcus Aurelius, “We are each of us stronger than we think.”

The Stoics suggested that we regularly rehearse worst-case scenarios and fortify our minds against the very worst of life so that if, for whatever reason, they made their unwelcome appearance, we are ready for them without flinching. If the worst we could possibly conceive of cannot shake us, then surely everyday frustrations and even betrayals and hate can have no power over us. If we take one overarching theme from Stoicism, it is that through mental discipline and courage we can take control of all aspects of our well-being so that the only people or things that may hurt us are those we allow to do so.

Next time we find one of our friends distraught with regret over something that didn’t go their way or simply anxious about some possible misfortune on the horizon, let’s refrain from pumping them up with consolations and hope. Rather than lie to them that everything is going to be OK when we really have no good reason to believe anything of the sort, let’s instead respect their personal autonomy enough to be honest with them. When we do this, we should make sure to emphasize this one crucial stoic element: they will get through it. Regardless of what outcome occurs, they still retain the power to choose whether or not to cower in the face of it or meet it head-on. No matter what, we should be there to support them. After all, what are friends for?

With all this, it can be easy to tell others to be brave and not to hide from reality. Most important of all, however, we have to hold ourselves to the same standard of courage. Lying to our friends is one thing, but sadder still is lying to ourselves. Yes, I may fail this paper, I may lose my job and fail out of school, but after a certain point these things are out of my control, and the sooner I accept that, the sooner I can shake off the weight of hope that only serves to build me up for the eventual fall. It’s only after disavowing anxiety and regret as useless emotions that I can stand up, dip my shoulder and move forward. If I am wise, these troubles will only serve to make me stronger. As Seneca wrote, “Difficulty strengthens the mind as labor does the body.” Whenever we coddle ourselves or our friends, we aren’t helping them; we’re denying ourselves the opportunity to become stronger.

For those who are still skeptical about our resilience against misfortune, consider this: in times during which we do allow misfortunes to hurt us, it is usually because of misplaced values and priorities. The stoics believed virtue is sufficient for happiness. We don’t necessarily need to accept this pretty severe theory to be happy; however, they were likely onto something here. If we want to get to the essence of our happiness and finally cure ourselves of being troubled by things out of our control, we should reflect on what’s really important in life. We can do this by thinking about what our current goals are and what we hope to gain from achieving them. Personally, I want to go to school so I can have a job, maybe a family or good friends; I want to be able to have time for leisure when work is done. Then, we go deeper: I want a job so I can eat and to have a good home so I will be safe from the weather; I want a family and friends for the emotional support and companionship; during my leisure time I want to stimulate my mind.

When we break all of these things down to their base forms, we find that what’s really important in life is very easy to attain. In fact it almost requires no work. To illustrate this, the Stoics suggested that, at least once in awhile, we exchange our stylish clothes for some dirty rags, sleep on the floor and eat only stale bread and rainwater from an animal’s bowl. As Marcus Aurelius said, “Almost nothing material is needed for a happy life for he who has understood existence.” Let’s be real; none of us are going to do this. That would be intense to the point of religious zealotry. If we think about it, however, we can see that if we are able-bodied and determined, we can manage to feed ourselves and people with whom we can be friends and forge close relationships are everywhere; some of us are even blessed with families that love us deeply. As for our need for leisure, the Stoics thought philosophy was the ideal pastime. Even if we disagree, it is likely the case that we do not need expensive vacations and parties to entertain ourselves.

If this is true, why would we feel the anxiety and sadness we do when things don’t go our way? The keys to happiness are almost certainly very much within our grasp. Given this, we should never feel stress or regret when we don’t get the grade we want on that midterm or when that girl or boy we like doesn’t feel the same about us. At this point, we’re playing with house money. It can all come tumbling down, and if we’re good Stoics, we know this is a possibility; in fact, we expect it. Yet, these are still superficial setbacks; our ability to be happy remains unchanged.

Brian Wheat wants you to suck it up and think like the stoics.